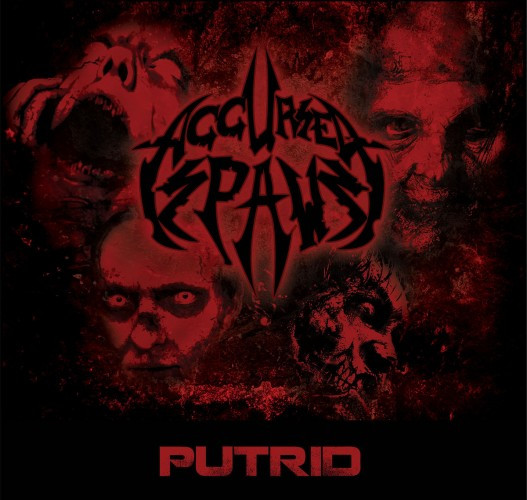 Accursed Spawn get their game faces on in their new video — you’ll see soon enough — but first, a bit of background information.

Accursed Spawn were spawned in Ottawa, Ontario, and appear to have spent their formative years in a slaughterhouse. Or at least that’s the inference we draw from their music. They have two EPs to their credit, the most recent being 2014’s Putrid, which is the source of the song featured in the video we’re about to premiere: “Burned Into Sterility“.

The band don’t waste any time getting to the meat of the matter in this track. Right out of the gate they explode in a brutal, hyper-accelerated frenzy of munitions-grade drumming, machine-gun riffing, and guttural roaring. There’s no let-up as the song proceeds either. If anything, it just burns hotter and hotter, reaching a boil with the swarming guitar work that lights up the song’s finale. Conceivably, it could… burn you into sterility. 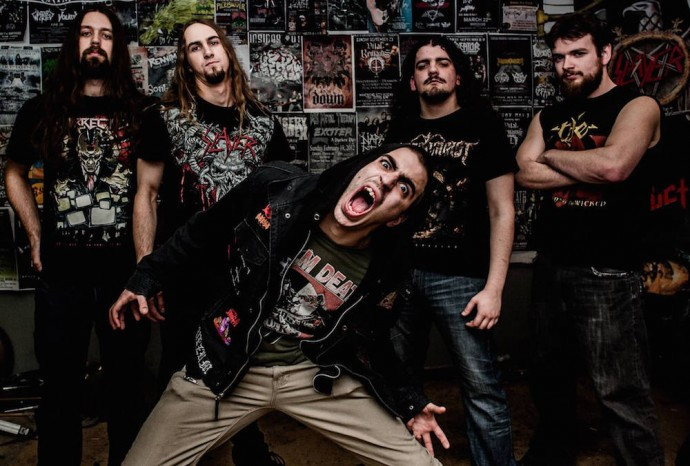 The band name such groups as Cannibal Corpse, Cryptopsy, and Dying Fetus among their influences, and “Burned Into Sterility” channels the technical flash and barbaric ferocity of groups like those quite well. It gets the adrenaline pumping at the same time as it does its best to punch holes in your gut and tear your head off.

The video was filmed at the Accursed Spawn jam spot by Nick Richer and Greg Toope from Hvy One Productions (Ottawa), and it’s fun to watch. As the band explain:

“We have a lot more out of town bookings now so we wanted to give people an idea of what we look and feel like as a live band. Nick and Greg did a great job putting the video together, so we couldn’t be happier to put this out! In terms of the song choice, it was a no-brainer. ‘Burned into Sterility’ has become a staple in our set, and is a ton of fun to play.”

Putrid and related merch are available for purchase here, or digitally via the Bandcamp link below — and we’re including a stream of the whole EP right after the video. Enjoy…

One Response to “AN NCS VIDEO PREMIERE: ACCURSED SPAWN — “BURNED INTO STERILITY””