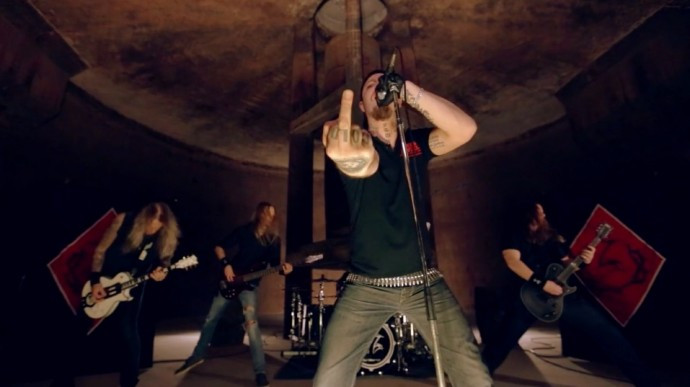 The video we’re about to premiere from Sweden’s Shining, for the song “Vilja & Dröm” (“Will and Dream”) off their new album IX – Everyone, Everything, Everywhere, Ends, comes with a NSFW warning. Unlike most metal videos branded with that warning, this one doesn’t include salacious scenes of nudity. Instead, it depicts images of true obscenity — actual film footage and photographs of extreme violence inflicted upon the human body.

The video, beautifully filmed and edited by long-time Shining collaborator Martin Strandberg, also includes the band kicking the hell out of this electrifying song in a boiler room. It begins with the burning of “The Universal Declaration of Human Rights”, adopted by the UN General Assembly in 1948 — and consistently honored in its breach by the savagery of humankind ever since then. 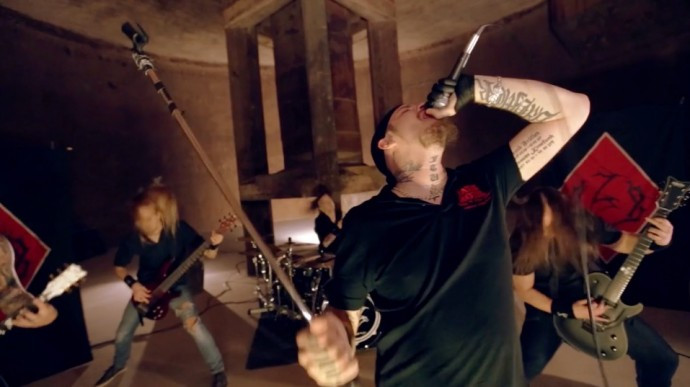 If you’re unfamiliar with the song for which this video was made, it’s a bit of a throwback to Shining’s black metal origins, a track that begins in electrifying fashion with a turbocharged rush of black metal venom before slowing into a dissonant, doom-laced crawl through a wasteland of broken glass and splintered bones, and then rocking the fuck out.

It’s an emotionally powerful song driven hard by the vehement explosiveness of Kvarforth’s distinctive, unhinged vocals. Full of rage and anguish, and as black as the charred remains of napalmed corpses, it’s a striking piece of music made even more strikingly potent by this video.

The warning is a serious one. The sampled footage in the video is disturbing, because it’s real.

IX – Everyone, Everything, Everywhere, Ends is out now, and available for purchase in a variety of CD and LP formats at this location.