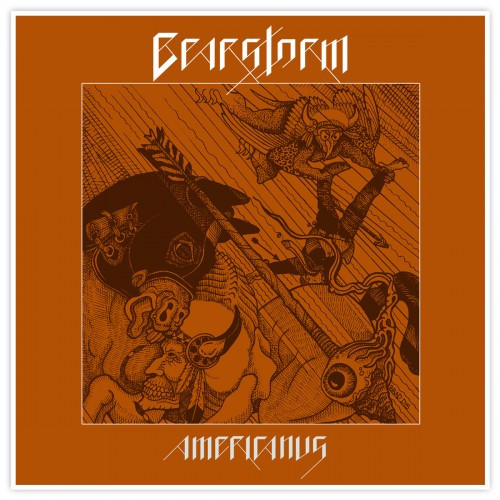 This weekend’s posts at our site will be few and far between. My wife and I will be venturing into the wilds of eastern Washington in a couple of hours to attend a wedding late this afternoon, followed by the usual post-nuptials carousing. I’m not sure when we’ll get back home tomorrow or what condition I’ll be in, but it’s likely that all we’ll have at NCS tomorrow will be another edition of Father Synn’s Metal Confessional (be sure to start mentally enumerating your sins so you’ll be ready to spew them forth in all their vile putridity). Before disappearing, I do have a couple of randomly chosen selections of new music that I came upon in recent days and really enjoyed.

As you know, we follow the releases of Baltimore’s Grimoire Records very closely, because they’re so consistently good. The latest release is coming on June 30 (CD and digitally), and it’s an album entitled Americanus by a Richmond, Virginia, band named Bearstorm. I haven’t heard the full album yet, but the one song from it that’s now available for streaming is very good. 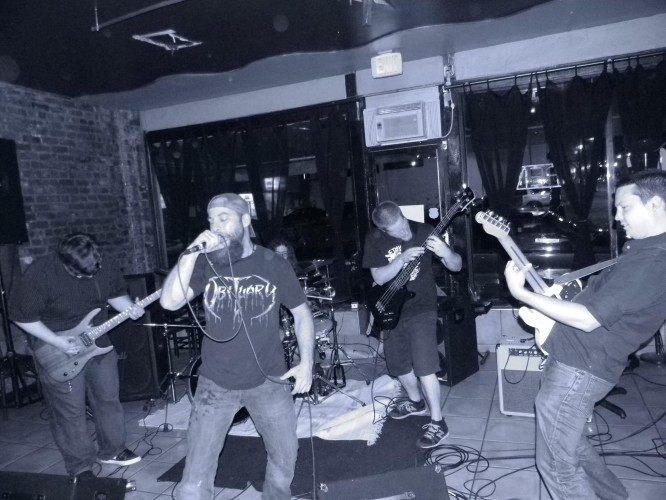 It’s an eleven-and-a-half minute ripper named “Glacial Relic/Riparian Forest”. The song is loaded with delicious dual lead-guitar work and a pleasingly beefy low-end, with rambunctious bass and drum performances that rumble your gut and crack your head while the guitarists are spinning your brain in a centrifuge. On top of that you get scarifying black-metal styled shrieking. It’s an interesting mix of styles that Grimoire likens to something in between Enslaved and Russian Circles, and it does indeed mix the weight and progressive inclinations of heavier post-rock with the acid spew of black metal, but there are some hell-on-wheels rock riffs in this song as well. Really good, and a really good teaser for Americanus as a whole.

Svärta are a Swedish band whose debut album Sepultus is projected for release on July 6, 2015, by ATMF. I was unfamiliar with the band until a couple of days ago when an advance download of the album appeared in the NCS e-mail. I happened to have a few minutes to spare when I noticed the e-mail and decided to listen to one of the album tracks that’s available on Soundcloud. It’s the album’s opening song and its name is “Bråddjupets Kall”.

It’s a bleak, flensing piece of black metal with big waves of ominous melody moving on the currents of buzzing riffs. The jet-fueled drumming in the track is a real grabber, and the vocals are searing. But I think why the song really hooked me, apart from the intensity of its opening storm of knives, is the completely unexpected change that comes just past the halfway point. I’m not going to spoil the surprise. What follows that surprise is yet a third facet of this black gem, a finish that’s both grindingly heavy and… depressively beautiful.