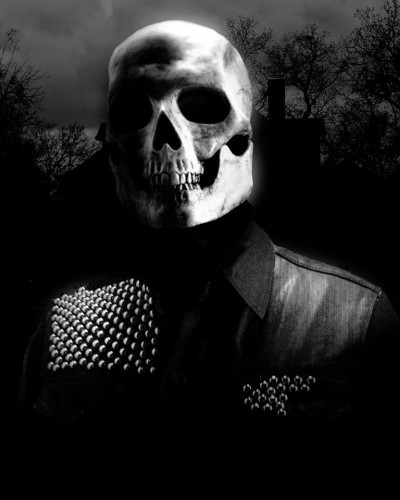 (In this new installment of KevinP’s short-interview series, he beings us a trio of conversations with three bands on the Blood Music label.)

Back in April I did mini reviews on three of Blood Music’s 2015 releases over at MetalBandcamp (here).  But I wanted to delve into more about each band and find out the “method behind the madness”, as you would say.  *Note*  All three releases are available for NAME YOUR OWN PRICE download.  Here is my conversation with each of the bands:

K:  So are you surprised at the interest from metal fans/websites in your horror synthcore?

G:  Being a metalhead myself, I feel like some of my tracks reflect that, so not totally surprised.  Also being associated with Blood Music helps.

K:  Tell me more then how you chose this style, being a metalhead.

G:  I’ve played in metal bands for a lot of years but have always listened to electronic music like Depeche Mode, The Smiths,  The Cure, NIN, Aphex Twin.  Once Justice dropped Cross, I knew I wanted to make similar music.  Everything on Ed Banger records around 2007 was on point.  Mr. Oizo, Sebastian, DJ Mehdi.

K:  I’ll admit to be completely ignorant on this next question.  Is there a well-established scene for this music, or are bands like you and Pertubator ahead of the curve?

G:  There are a fuck-ton of synth wave artists, yes…  But aside from me, Perturbator, Carpenter Brut, and Dan Terminus, no one is doing things the way we are. 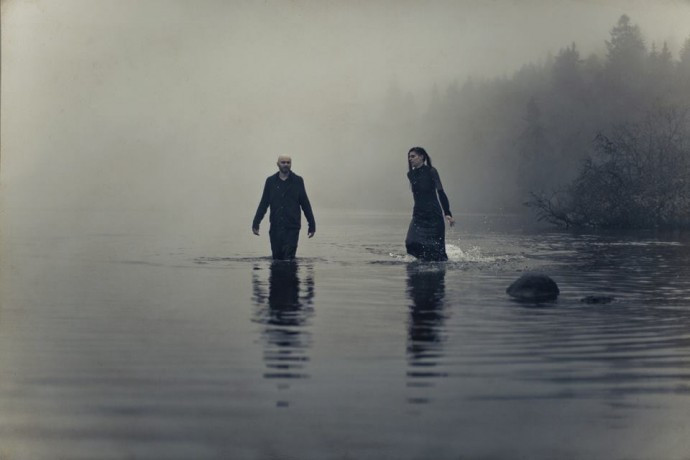 K:  People know you from the off-the-wall-sounding Igorrr, so Corpo-Mente ends up sounding kinda “normal”, don’t you think?

G:  Yes, this is quite different than what I do with Igorrr. Still, I’m not sure if I would call it “normal”.  Corpo-Mente is a certain part of Igorrr, probably the more dark and melodic one, but we pushed it further with Laure (vocals).

K:   How long have you had this idea brewing before it actually became a reality?

G:  We had the idea to do something a couple of years ago.  At the time I was doing the music for a fashion clothing brand, to pay my rent. The track needed a voice so I asked Laure if she is Ok to try something. She did, as usual, amazing vocals.

I actually liked this track a lot and felt really frustrated to give it to them, so as a revenge, I composed a new one right after, just for being able to say: this one will only be for us and not for them. I sent the new one to Laure, she made absolutely incredible vocals on it, and this track became “Dorma”. Then we noticed it was a lot of fun doing music like that together, so we kept doing it.

K:  Normally when a band is described as avant garde or experimental, people think it’s this weird off-the-wall mish-mash of sounds.  Yet even though you are unique and draw elements from many different sounds, I don’t see your music as difficult to comprehend.

L:   Our music is experimental (avant-garde and flamboyant) in the sense that we use no cadence, no structure such as refrain or couplet. And we use our own language that I invented.  In order to be closer to the liberty of experimenting with new ways.

K:  Your debut album, Rëvëürt, which meant: the revolt of heart, came out in 2011.  So what has changed, if anything, with your new record, Nämïdäë?

L:  The most important change is that Nämïdäë’s drums were not programmed, it’s a human drummer (Thomas Jacquelin aka Isarnos).

The guitars were not made with plug-ins (like Rëvëürt); they were reamped by Gautier Serre (Igorrr) in Improve Tone Studio.

Nämïdäë means “The last tears”, it’s a mixture of the Japanese word “Namida” and  “Däë” (meaning “last”) of our invented language. There is a meaning, a little bit hidden — on the cover (at the right), there is a human trapped by a dead tree and using it to continue to live. This persona is crying (with a little smile), the tears flow in the dead tree (and little by little he liberates his imprisoned body, while allowing the tree to live by grace of the tears). It’s symbolised as the last tears before the liberation. The hidden meaning is that we can be free if we are in forgiveness, heart and tears. Tears that precede the flamboyant in us.

I’m almost working on the next album which will speak about the universal fire and the desire of our spirit to be liberated of the material dimension and the cycle of eternal recurrence to death.

Rëvëürt was an animal and flamboyant revolt of the heart, Nämïdäë is a passage for the purification of the human soul.

There is a continuity with the first album. After having rebelled and awakened, the second album offers a tragic conclusion to our condition of being carnal, which grows to redemption, forgiveness, and tears, facing at the creative creature that is a source of all.

K:   I knew there had to be some meaning behind the most recent video, thanks for clearing that up.  Obviously the visual side plays a big part in the overall presentation you have as a band.

L:  Yes, personally, for a band I always thought that the visual was almost as important as the music.

This allows you to better merge into the personnal universe that the band has created.