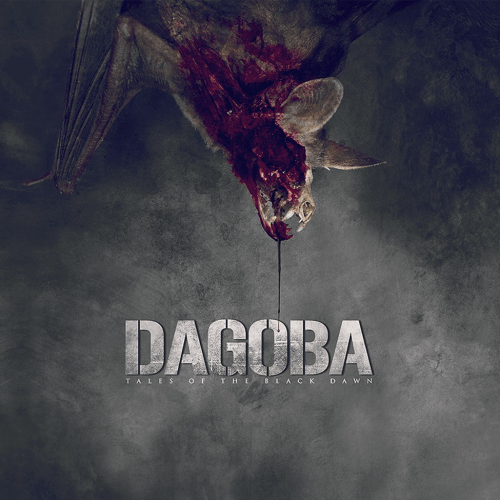 (In this post TheMadIsraeli returns to NCS with a review of the new album by Dagoba, which is being released today.)

I’ve ALWAYS liked Dagoba. I’ve always seen them as a metalcore band, and one of the best and few worth listening to who’ve put out material in the last ten years. Their brand of the standard metalcore formula mixed with symphonic bombast and industrial precision has always really stood out, always sticking to a hefty, bruising attack. Tales of the Black Dawn isn’t really a dramatic departure, but it’s definitely the darkest and heaviest record they’ve done yet. I’m really digging what’s going on here. 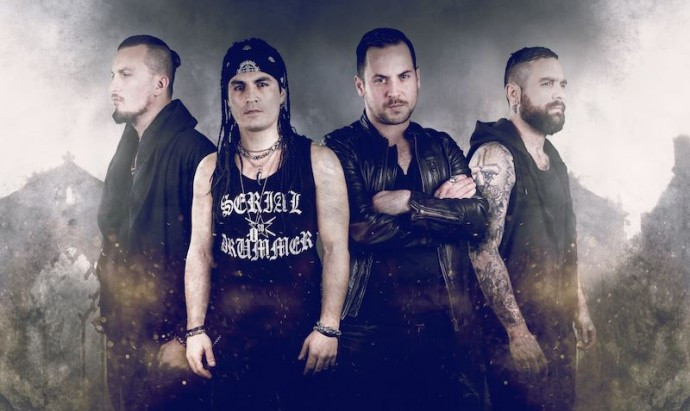 I have to admit I wasn’t 100% stoked on Post Mortem Nihil Est, the band’s previous album. It was a little too melodic, maybe going just a bit too much for some kind of commercial element for my taste. Dagoba had always really been going in that direction to begin with, which is why Tales of the Black Dawn is an impressive and unexpected turn.

The band are definitely harkening back to their old school brand of beat-down, but with more personality, and the addition of the industrial and symphonic elements that they’ve greatly improved in the application to their music makes this record feel massive. It’s an absolute onslaught of grimy drop-tuned red-meat riffing, double-bass, dense strings, and deadly mechanical precision.

There is also a distinct lack of clean vocals on this album. It’s an odd twist for Dagoba, given that Shawter’s contrast between his roars and his cleans have been a signature element of the band’s sound. However, he only breaks out the cleans in a few songs, leaving the rest of the album non-stop and relentless.

Everything on this album sounds huge, and feels massive when the music hits you. I suspect that “massive” was exactly the word they had in mind when writing the music. The guitar front has definitely been stepped up by Z, the band’s current guitarist, who jumped on board with Post Morten Nihil Est. This is definitely a one-guitarist record, and you can feel it in the riffs he’s written. He wants to fill as much space as possible as one man, and as such, all the riffs and guitar sections also embody this massive feel. Every riff is really distinctive, especially when executed in conjunction with what the drums are doing behind them. There are some absolutely devastating grooves on the album, such as the entirety of the second single “Born Twice”, but there are also some killer guided missiles of death, such as “Half Damn Life” and “Eclipsed”.

Vocally speaking, this is the best Shawter has ever sounded. He sounds really primal and unrestrained, to the point where it almost doesn’t sound like the same guy anymore. It’s obvious he had to adapt this vocal style, though; the music wouldn’t have had the same impact if he’d just done what he’s always done.

I find it fascinating that these guys took a step away from commercial appeal and instead decided to write their heaviest and most concise record so far. This is a pretty back-to-front perfect album, too; I don’t think there’s any filler. Whether you feel the same is entirely up to whether you appreciate the general approach the band have employed on this new record.

Definitely check this out. I’m loving this album and it’s getting shit tons of repeat listens out of me. If you want something that’s primarily in “Hulk Smash!” mode, with touches of melody and atmosphere, this album has you covered.

2 Responses to “DAGOBA: “TALES OF THE BLACK DAWN””