(Andy Synn introduces our premiere of the title track to the new album by Rivers of Nihil.)

I absolutely loved Rivers of Nihil’s debut album, The Conscious Seed of Light. Though it’s not a perfect release, it is very, very good (particularly for a debut full-length), and absolutely packed to the gills with nascent potential.

Potential which they’ve fully realised on their new album, Monarchy.

From start to finish it’s an intensely heavy, stunningly technical (though always in service to the greater themes of the song), and viscerally passionate album, that sees the Reading, Pennsylvania quintet capitalising on the momentum gathered by their debut in order to really expand the scope and breadth of their sound. 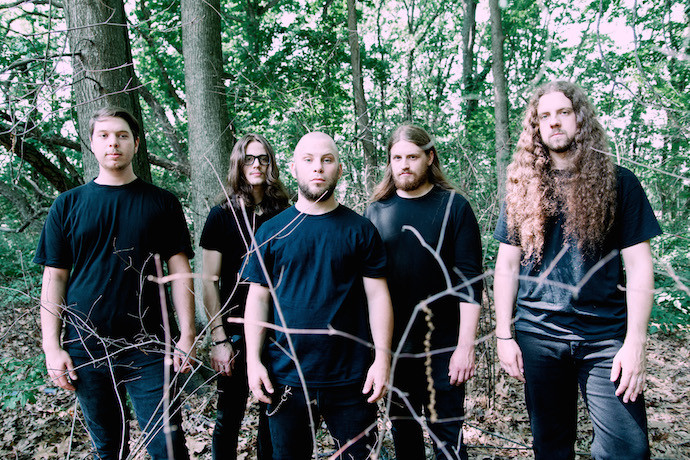 The title track, which we’re premiering today, sees them stretching their progressive muscles in a number of fantastic new directions, particularly where the lithe, rippling bass-lines of Adam Biggs (who may just be the album’s MVP at this point) are concerned.

Along the way the band drop in a number of brilliantly evocative lead guitar parts and spiralling solo runs, their distinctively metaphysical brand of melody acting as the perfect icing on this particular cake — one that’s made up of juddering, cyber-metallic riffs and streamlined, strafing drum work, with a rich filling of palpable fury and frustration.

Bow down to the monarchy.

Monarchy will be released by Metal Blade on August 21. Pre-order here:

14 Responses to “AN NCS PREMIERE: RIVERS OF NIHIL — “MONARCHY””