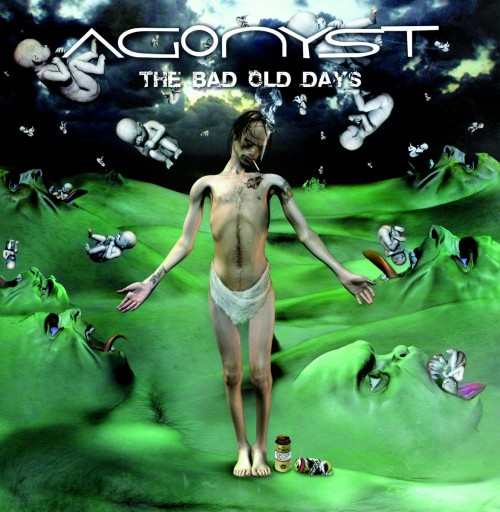 (Andy Synn reviews the new second album by Agonyst from Norwich in the UK.)

Here’s a quick disclaimer before I get on with this review. I actually know the Agonyst guys, although not particularly well. We don’t really talk often (or, in fact, ever), but we do have a number of friends in common, and have in fact played a few shows together over the years.

I say this because I wanted to try and head off any accusations of bias. Yes, I am definitely a fan of the band and their peculiar brand of off-kilter, psychosomatic Death Groove, but I approach this album with just as much trepidation as anyone else. If it had turned out to suck, then I would not have written about it.

Thus the cleverest among you may have deduced one thing already.

It does not suck. 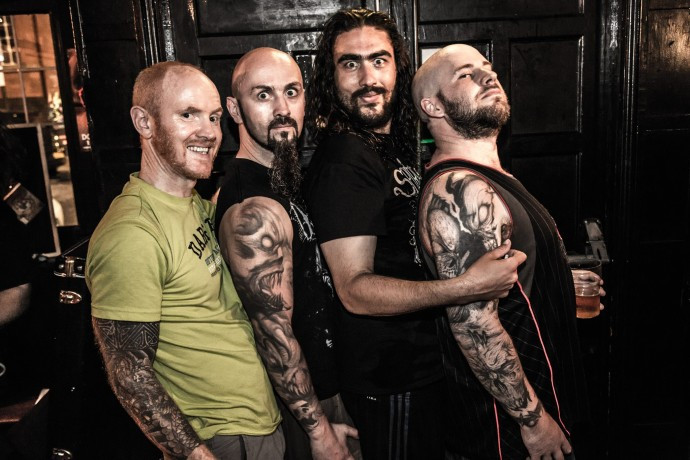 One thing I’ve always loved about this band is that they’re not afraid to let their inner weirdness shine through, both via their choice of odd track titles and purposefully eccentric lyrics, and through their embrace of willfully unconventional song-structures and calculated deviations of style.

No, they’re not Mr. Bungle or Sigh — they’re not that far off the deep end (yet!) — but there’s still a certain undercurrent of strangeness to each and every track. Some will probably find it a little off-putting, probably without really being able to verbalise why, but for me I think this hint of abstract weirdness helps give their songs a very distinctive character.

Now, obviously, the focussed metallic lunacy of Strapping Young Lad remains a key touchstone for the band’s sound, and you’ll doubtless hear tinges of Byzantine-esque cerebral Thrash and moments of slippery Tech Death along the way, too. But the real trick is how Agonyst take their influences, mangle them up almost beyond recognition, and then wind them all together in weird and wonderful ways that defy your expectations whilst still playfully flirting with convention.

In lesser hands this would probably end up as an unholy mess, but the Agonyst boys have the Midas touch it seems, and what they’ve ended up with here is absolute gold.

The brilliantly titled “LARP and the World Laughs At You” kicks thing off with an unsettling spoken-word introduction that sets the scene nicely for the cavalcade of chaotic, spider-like riffage, bellowing vocals, and rumbling metallic power that follows. Along the way the band make sure to drop a few depth-charges of hi-tech Death Metal ferocity into the mix, along with some particularly clever and subtle touches of dissonance-edged melody, adding yet further variety to their mix-and-match madness.

The title-track is a bruising piece of pneumatic metallic bedlam, twitching and jerking with off-kilter electric energy, building to an unpredictable ending that switches from atmospheric to annihilating without warning, while “Poison Man” manages to somehow carve out its own little patch of sweet, sweet groove amidst a spinning blender of skittering Tech Death riffage and juddering, ballistic drum work.

“Dolecard Dionysus” kicks the aggression levels up a notch further, dropping almost straight away into a madcap, thrashed-up gallop that offers more than a passing nod to SYL as it barrels towards its zany, mutoid-metal mid-section, which blasts and twirls and pirouettes like Godzilla trying to perform Swan Lake. It’s a beautiful disaster of a song, and it’s followed by the rather bizarre introduction to “Solomon’s Sabre”, a song which swiftly blossoms into a mastodonian frenzy of hook-handed riffs and garbled, guttural vocalisations which writhe and spit and snarl their way towards a strangely affecting, progged-out conclusion.

“Pinnacle” is seven and a half minutes of creative contradiction and kaleidoscopic sonic warfare, assaulting the senses with its weird, rubbery riff-work and vertigo-inducing complexity, backed up by a frantic array of complex drum patterns and distressingly anomalous shrieks, leading into the spindly tech-riffs, mammoth death-grooves, and gorgeously guttural vocals of “Smegmatic Peon B”, whose beautifully prog-tastic mid-section and dense, dramatic conclusion would turn Devin Townsend green with envy. And sepsis.

The album climaxes (careful now) with “The Leaper”, one of the most distinctly weird and unpredictable tracks that the album has to offer, largely eschewing traditional song structure in favour of an almost stream-of-consciousness mash-up of unsettling, clean-sung melodies, outlandish progressive guitar noodling, snarling vocal lines, twitching tech-riffage, and jerky mechanical rhythms, all of which clash and mesh and counterbalance one another in a schizophonic parade of discombobulated rhythm and groove.

Flabbergasting stuff all round.

PS – I really hate the artwork.