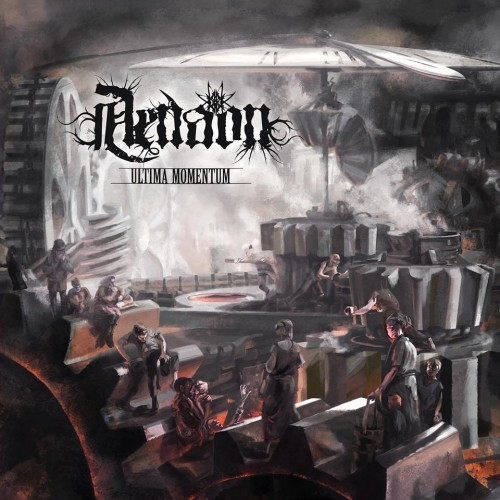 We present to you in this post a special dual premiere, the two new songs by the Greek black metal bands Aenaon and Virus of Koch that will appear on their new 7″ vinyl split, scheduled for release on September 7, 2015, via III-Damnation Productions, with artwork by Alexander Leybovich. Below you will find a few words about each song — “Ultima Momentum” from Aenaon and “Voro: Forma Mentis” by Virus of Koch — plus the music streams.

The new song from Aenaon follows their brilliant 2014 album Extance, which made many of our year-end lists and was also the source of a track (“Grau Diva”) that we named to our list of last year’s “Most Infectious Extreme Metal Songs”.

“Ultima Momentum” is yet another display of Aenaon’s talent for morphing the savagery of black metal, twisting and turning it in interesting progressive directions. The song combines swarming riffs and thundering percussion with a bass-and-piano duet, flights of ringing lead-guitar exuberance, and melodies that are both bombastic and eerily atmospheric. And along with those skin-scarring predatory vocals, you’ll also hear soaring clean song, deep chants, and harsh, tyrannical proclamations.

A fascinating and magnetic piece of music, and one which underscores that Aenaon are a band whose every release will be worth close attention. 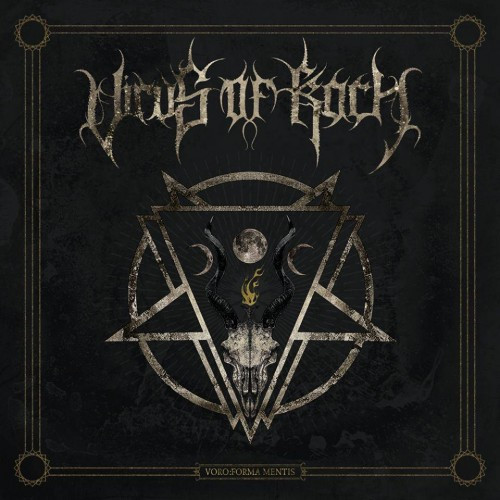 Like Aenaon, Virus of Koch also released a fine album last year in Lux et Veritas. That was the band’s debut full-length, although the roots of the band go all the way back to the release of a first demo in 1998 (and even earlier, when Virus of Koch mastermind Van Gimot was operating under the name Carrion).

This new song, “Voro: Forma Mentis” is steeped in an atmosphere of supernatural doom and dread. It has a massive, overpowering, sweepingly dramatic sound, like an anthem to the rising of a great beast from the depths. The music is enhanced by waves of keyboard melody and by a mystical guitar solo that flows like a wraith through the torrential storm of sound. And the wrenching vocals are as impassioned and dramatic as the wholly immersive instrumental music.

As overwhelming as the force of the song is, it’s also marked by dark, panoramic melodies quite capable of carrying the listener away.  An amazing match for Aenaon’s own amazing song.

9 Responses to “AN NCS PREMIERE: AENAON AND VIRUS OF KOCH”