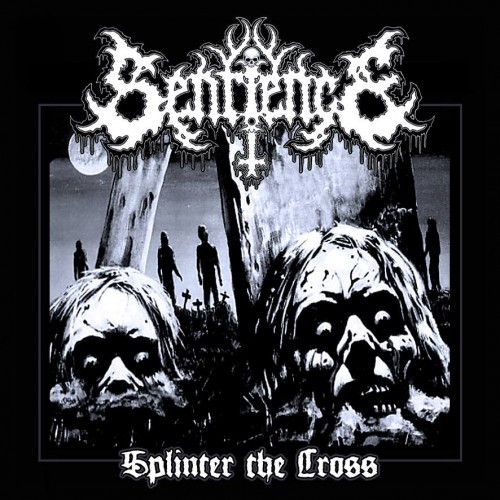 I’m devoting almost all of my posts today to five short releases that I discovered since last week, all of them very strong, and this is the fourth of those.

“One of the best SweDeath projects I have come across in the last 20 years”. 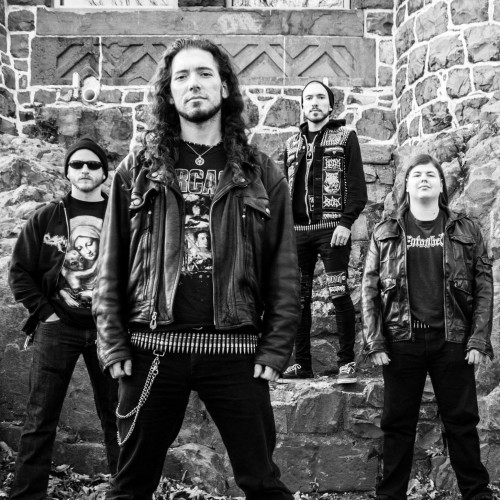 I really liked the band’s three-song demo Beyond the Curse of Death, and they’ve now released a new two-song single named Splinter the Cross (which features artwork and logo by Thomas Maher).

These two new songs — “Splinter the Cross” and “A Host of Worms” — are further convincing proof that Sentience have absolutely nailed this style of death metal, from the chainsaw guitar tone to the punk-influenced rhythms to the incinerating solos to the ghastly, inflamed vocal roars and the gruesome atmosphere.

The music is also a rich mix of tempos. “Splinter the Cross” is part rampaging gallop, part skull-crushing stompfest, part grisly slog through a swamp of decaying viscera and bone fragments. “A Host of Worms” is just as dynamic, just as super-charged with unholy energy, and just as shrouded in graveyard atmosphere. Both songs also have distinctive melodies that will ring in your ears. Awesome stuff.

Splinter the Cross is available as a “name your price” download on Bandcamp. I’m also delighted to report that next month Sentience will begin tracking a full-length album, Ungodly Forms of Rotting Death, which is projected for release sometime early next year. Both songs on this new single, as well as the title track of the Beyond the Curse of Death demo, will be featured on the full-length.

6 Responses to “SHORT BUT SWEET: SENTIENCE — “SPLINTER THE CROSS””