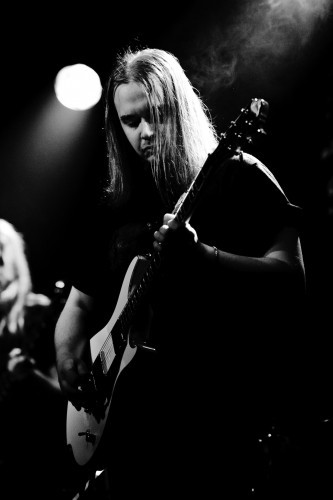 (In this 61st edition of THE SYNN REPORT, Andy reviews the discography of Finland’s Ikuinen Kaamos.)

Recommended for fans of: Opeth, In Mourning, Daylight Dies

Though their current status is somewhat… up in the air… the Prog Death collective known as Ikuinen Kaamos (seemingly reduced now to just mainman Jarno Ruuskanen) remain, to my mind at least, one of the most singularly impressive and underappreciated acts ever to attempt to step out of the shadow of their own, admittedly weighty, influences.

Though the fingerprints of major luminaries such as Opeth and Emperor are immediately obvious to all of those with eyes to see and ears to hear, Ikuinen Kaamos clearly take great care to invest each track with a sense of their own unique character and voice, never shying away from admitting their influences, yet never being defined solely by them either.

With two full-length albums to their name, along with one rare and hard (though not impossible) to find digital EP, the band’s back-catalogue may not be the most extensive, but it’s still incredibly deep, and brimming with complex nuances and subtle elements that reward those patient enough to unpick the many layers inherent to the music. 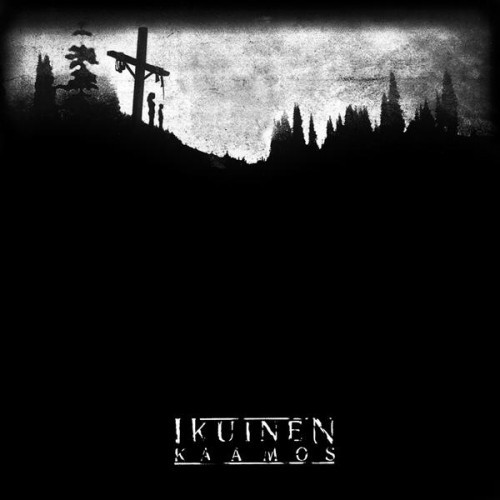 Though the band’s debut is certainly the album where their influences are writ largest, The Forlorn is far from being a simple derivative of the sound of others. Indeed, the Finnish band’s particular style of Progressive-Black-Death-Doom is more than capable of standing on its own two feet.

It’s followed by the similarly epic and ambitious “Grace”, whose loose-limbed and prog-inflected vibe allows the various players room to stretch their legs and spread their wings in style, playing off one another with a serious of fluid rhythmic exchanges and clever melodic counterpoints.

A lengthy and morose interlude breaks up the song into two distinct parts, with the second half pushing the track further into the realms of extreme metal with its more prominent, blackened vibe (though never at the expense of the song’s organic, progressive roots).

“Delusion” crackles with perfectly proportioned, electrifying energy, its blossoming riffage and elaborate drum work overlain with a gorgeous, mournful melodic sheen and underpinned by a dense core of deathly angst that gives the track a strong early-Opeth vibe, particularly when the riffs start to twist and coil in a suitably serpentine, slithering shimmy.

The introduction to “Ascent” has more than a hint of latter-day Emperor to it, a sensation enhanced by the rather Ihsahn-esque snarl adopted by vocalist Henri Villberg. However the ornate grandeur of the underlying riffs and dreary, rain-drenched melodies employed by the band as a counterpoint to their whirling blast-beats and scalding shrieks paint a very different picture to that of the Norwegian prometheans, one afflicted with a touch of desolate beauty and slow-burning despair, culminating in the song’s utterly sublime melodic outro.

The album closes with the dramatic “Fall”, another of the band’s more Black Metal-leaning compositions, which mixes in prominent traces of Death Metal gloom and nimble, proggy melodies amongst the deluge of torrential blast-beats and scathing vocals, building to a stripped-down and elegant acoustic climax. 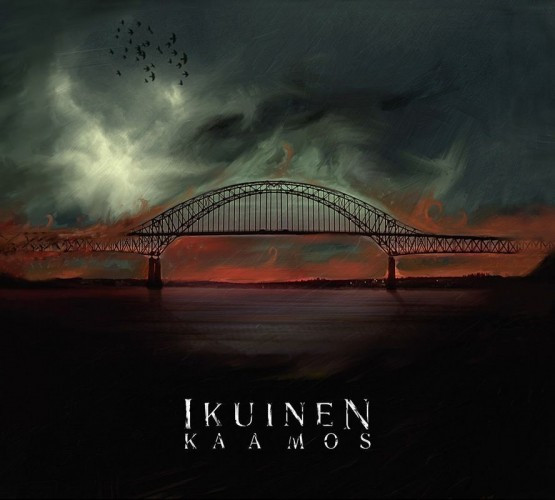 Held by a certain segment of their fanbase to be the band’s greatest work (along with having by far the best artwork), the material that makes up Closure was originally intended for an album (titled Epilogue) that would ultimately never see the light of day, and offers a still-life portrait of a band undergoing a metamorphosis, developing their sound in a more expressive, doomier direction that moves away from the Black Metal-tinged approach of their debut.

The sweepingly melodic title-track showcases the band at their most emotive and evocative, its intertwined threads of riff and lead work, underpinned by Niko Hyttinen’s sparkling percussion and overlain with Risto Herranen’s sorrowful clean vocals and morose growl, uniting to form a complex tapestry of light and shade, marrying elemental distortion and lithe acoustic strumming as it builds towards a dark and heavy conclusion.

This dark aura carries over into the more sombre and disconsolate strains of “Your Gallows”, where ringing strings peel out a series of weeping guitar leads over a panoply of dense, despondent riffs, beneath which a low, flickering bass line weaves smoothly in and out of the shadows.

A heavy helping of deep, resonant growls casts a deathly pall over the song, grim and forbidding in their gravel-throated delivery, as the ground-shaking rumble of the drums and the sinuous complexity of the guitars builds to a vivid and dissonant finale.

By some measure the longest song on the EP, final track “The Absence” positively bleeds melancholy and sorrow, from its soaring lead harmonies and tortured gutturals to its achingly melodic and ghostly keyboard presence.

The grief-stricken clean vocals that take centre stage several minutes in offer up a beautiful contrast to the gritty anguish that precedes them, and help the song to switch seamlessly into an extended acoustic instrumental section, before shifting back once more into the bleakly anthemic riffery and that has become the band’s trademark.

Slowly but surely, more and more hints of the band’s earlier, more blackened style begin to seep into the mix, raising the intensity of the track until the atmosphere positively crackles with electricity, culminating in an absolutely mesmerising finale of spiraling, harmonizing lead guitar work.

Closure was originally released as a free download, in lieu of the actual album itself, although it can take some sleuthing to track it down these days (a fourth track from the same sessions, “The Art of Letting Go”, can also be found floating out there in the digital ether if you look hard enough). It’s definitely worth finding though, take my word for it. 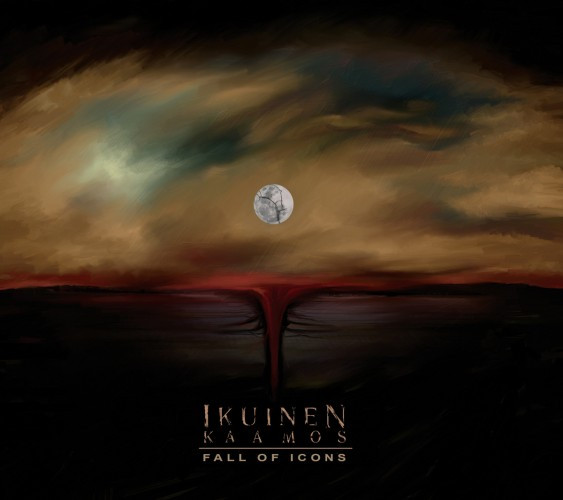 With the eventual release of their second album, Fall of Icons, the forlorn Finns continued their musical progression deeper into the black waters of Prog-infused Death Metal, beginning with the ominous melodies and dolorous, minor-key riffage of “Indoctrination of the Lost”.

“Statues” (a song originally intended for the Epilogue album, but tweaked and reworked for inclusion on Fall of Icons) is a prime example of the band’s distinctive take on the Progressive Death Metal template, accentuating and enhancing the very best aspects of the genre with generous helpings of Doom-laden misery, blackened ferocity, and some truly scintillating lead-guitar work.

“In Ruins”, despite being the shortest song on the album at a mere 7:47, puts a much greater emphasis on the Prog side of the group’s sound, particularly when it comes to the almost hypnotic interplay between the lilting, multi-faceted guitar work and the effortlessly intuitive and creative drumming.

The second half of the track injects an extra dose of metallic elements into the proceedings, most notably with a dose of blink-and-gone blast beats and some brilliantly incisive, staccato rhythm work, while throughout the track the vocals rise and fall in a glorious display of majestic and heartfelt melody (along with some occasional eruptions of gloomy death vocals).

“Condemned” certainly showcases some of the album’s most deft and difficult guitar work, melding technical prowess and progressive ambition in enviable fashion, but it’s more than just an instrumental ego-trip. There’s a phantom undercurrent of shadow and sorrow just beneath the surface, giving the dynamic ebb and flow of the song, from tender frailty to tortured ferocity, an even greater sense of depth and poignancy.

The album ends in suitably titanic fashion with the epic “Apart”, a track which intercuts some of the record’s most savage, blackened touches and heaviest Death Metal parts with some of the band’s calmest and most reflective moments, all wrapped up in an omnipresent atmosphere of mournful and mercurial melody that helps bring the whole grandiose affair to a suitably memorable conclusion.