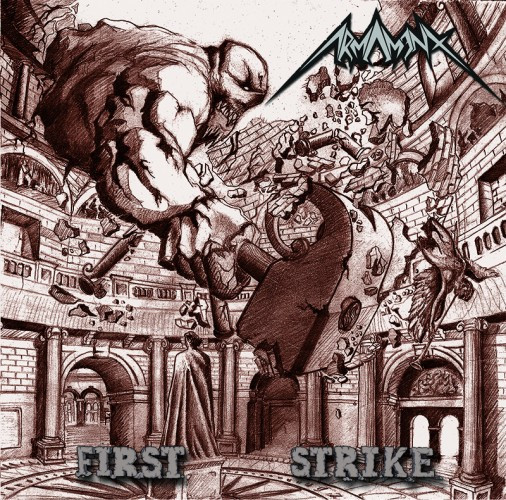 Are you like me? Are you in the mood to have your head ripped off with a rusty hacksaw and then booted around the room like a filthy soccer ball while the stump of your neck spurts gore in sync with some tasty riffs? Yeah, I thought so. Well, I can fix you right up, because the song we’re about to premiere from Armament will do all of that, and then some.

Actually, if the part about the rusty hacksaw makes you a little queasy, the odds are you’ll bang your head hard enough to “Gas Chamber” that it will come right off on its own.

Armament are a thrash band from India, and this track we’re premiering comes from their debut EP, First Strike, which will be released next month. The term “thrash” covers a lot of territory, but in this instance we’re talking about the kind of vicious, super-charged mayhem that brings to my addled mind Arise-era Sepultura while also bowing to the pantheon of Teutonic thrash gods such as Sodom and Destruction. 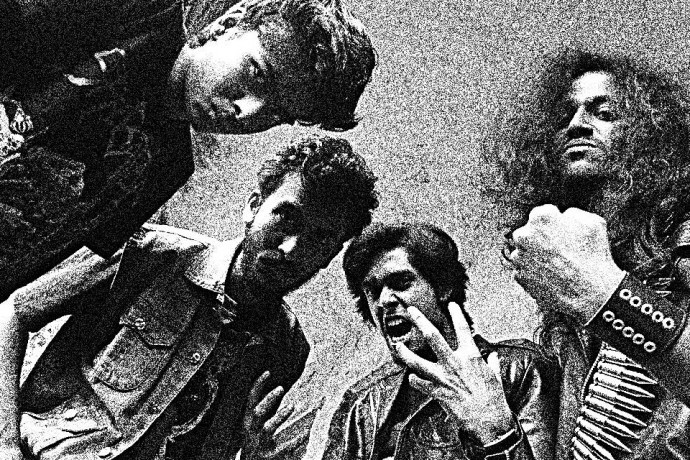 “Gas Chamber” opens in full-throttle mode, the drummer’s pistons firing on all cylinders, the whirring riffs cutting like a jet-fueled chainsaw, and the vocalist rasping in a fit of poisonous rage. But the real headbanging kicks in at the 1:30 mark when Armament shift gears into a jolting, staccato rhythm, segmented by another burst of speed and an incendiary guitar solo. You’d have to have ice water in your veins not to get heated to a boil by the energy Armament unleash on this song.

First Strike will be released by Transcending Obscurity India on September 10 and can be pre-ordered in digital form via the Bandcamp link below or on CD at this location. That Bandcamp page includes a stream of another song from First Strike, and you can listen to that one below as well. Have fun.