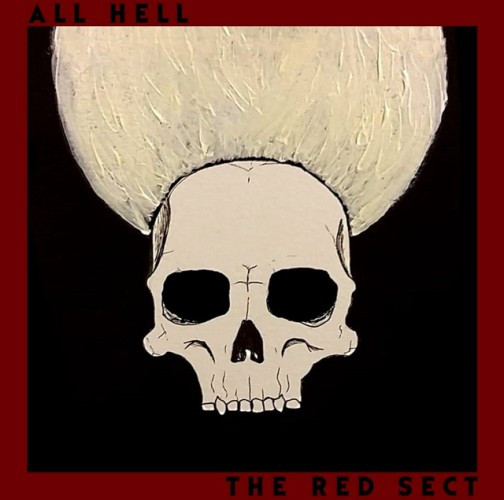 My trip to Alaska for my fucking day job proved to be a quick one. I got back home to Seattle late last night, about 36 hours after I left. If I’d had any sense, I would have gone right to bed. Instead, I spent time listening to new music, following up on links that friends sent me. And now here I am, five hours of sleep later, pecking on my keyboard about what I heard. By chance, what I enjoyed the most were songs in the vein of black metal, and so we have another Shades of Black collection. As usual, the music is quite diverse.

My friend and NCS contributor Leperkahn messaged me about the promo of a new album by a band named All Hell that he had just received, with these words:  “Trust me when I say stop whatever you’re doing and listen to it, or at least the track at this link, immediately”. 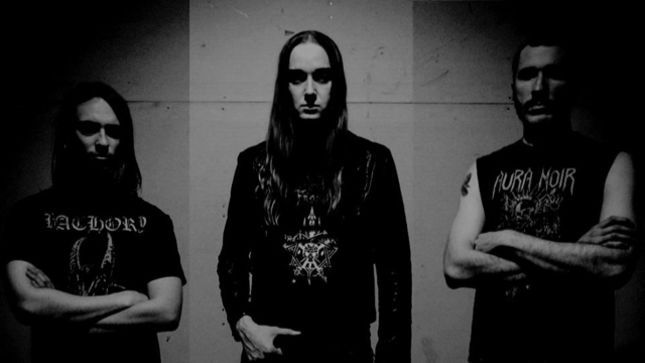 The link that followed was a page at BraveWords about this North Carolina band’s new album The Red Sect. It was mixed and mastered by Joel Grind of Toxic Holocaust and it’s scheduled for release on October 16 by Horror Pain Gore Death Productions. I haven’t yet had time to listen to the album, but I have listened to the song named “Venomous” that accompanied the BraveWords article — and you should, too.

It’s a thoroughly electrifying romp, a ripping rampage of thrashing riffs, punk rhythms, and mad-dog snarls. Hooky as hell and as nasty as a famished wolverine, this puts a big neon sign on The Red Sect: Must Listen. 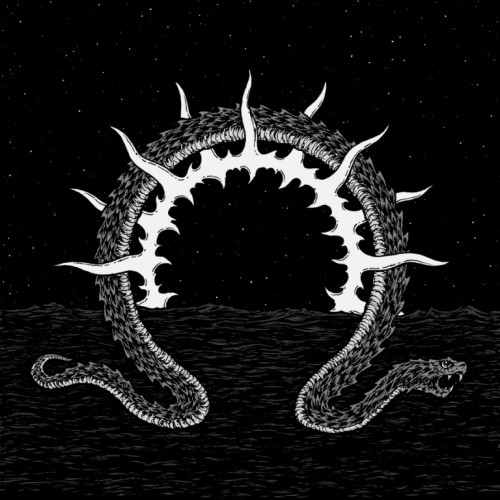 The remaining music in this collection came my way via links from my Serbian friend “M“, who has again proven himself to be a source of great discoveries.

Shadow Ov Fenris is a black metal band from Saint Petersburg, Russia, whose musical output to date appears to consist of three songs released in August of this year as part of a split release with Veter Daemonaz entitled Vade Retro Sonnenlicht (on Satanic Records). Though I haven’t heard the other band’s music yet, I listened to the three Shadow Ov Fenris tracks on Bandcamp, and they are tremendously impressive.

The music is mid-paced, dark, and dissonant, with morose, diseased riffs, a thundering rhythm section (which includes very interesting bass work), and guitar leads that writhe through the miasma of sound like serpents. The vocalist growls his vituperations with convincingly venomous intent as the poisonous music sinks slowly into your mind, like a mantle of blood seeping into unhallowed soil.

Dismal, atmospheric, coldly beautiful, and hard to forget, this trio of songs is a gleaming black gem that stands out from the (wolf) pack. Listen below. 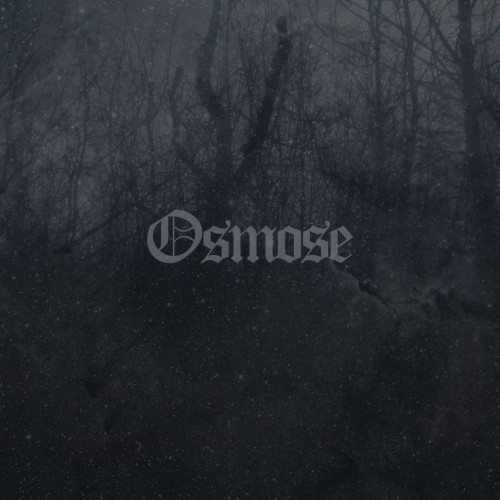 Osmose is another Russian band whose self-titled debut EP was released on Bandcamp late last month. I was immediately drawn into the album by the opening minutes of the song’s first track (all the songs are denominated solely by Roman numerals). It’s a dreamlike, post-metal-styled melody, shimmering and sludgy, with catchy gun-shot drumbeats and spoken words over the music. In due course, the vocals turn howling and harsh as the riffs begin to vibrate in a moving melodic haze. A driving riff carries the song to its close, while the shimmering, melancholy melody moves along like passing clouds.

The other three songs on the EP similarly combine forlorn, eerie, reverberating melodies with a hard, anguished vocal edge, bursts of blasting, and some grit in the low end. Easy to get lost in this dynamic, emotional music…. and it’s “name your price” on Bandcamp.

The final installment in this collection is an EP recently released on 7″ vinyl by Sweden’s Lamech Records, which I’ve learned is a consistent source of great underground music. This new EP is by band from Västerås, Sweden, named Velum (whose bassist is also a member of Hetroertzen and a live performer with LvxCaelis) and the title is Ab Innocentia Ad Cælos. I wrote (here) about one of the two songs on this EP (“Alleviatio”) when it appeared in March, and now both tracks are available on Bandcamp.

Ominous strains of organ music provide the introduction to “Apocalypsis”, and when the band begin the riff-lashing and the pulse-pounding drum-munitions, they ratchet the tension to the breaking point, accenting the predatory atmosphere of the sound with pestilential lead guitar melody, vile vocal extremity, echoing chants, and bleak, eerie bass notes. It’s like a phantasm given a sonic shape.

To repeat what I wrote in March, “Alleviato” is an apocalyptic storm of vibrating, meat-tenderizing riffs, warm rumbling bass, and organic-sounding drum fusillades. The music is bleak, doomed, and depraved (the depravity due largely to the howling intensity of the vocals, which may cause the hair on your arms to stand straight up), the kind of esoteric black/death that’s as effectively atmospheric as it is bestial.

This small EP is a fine start for a band who I hope will bring us more music soon.