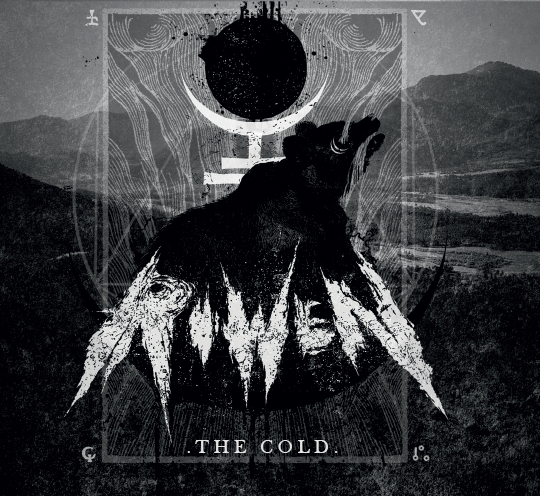 Although I don’t listen to as much of it these days, there’s still a part of me that holds Hardcore very dear to my heart, as this was the music that really started my love affair with the howling distortion of a clanging, chugging, buzzing electric guitar.

Of course I’d been exposed to music before this – my Dad was (and is) a big Prog aficionado, and as a result I was lucky enough to grow up with the sounds of Pink Floyd, Yes, Rush, King Crimson, Queen, et al, as the soundtrack to my formative years – but when it finally came time for me to start spreading my own musical wings, it was the sound of Hardcore that first drew me in, possibly (probably) because it was the direct antithesis of Prog in so many ways!

I tell you this because if there’s one thing I’m sure of it’s that The Cold, the debut full-length by Scandinavian brawlers Riwen (whom I last mentioned several times in conjunction with their EP release), really recaptures that primal, gritty essence which initially drew the younger me to Hardcore all those years ago. 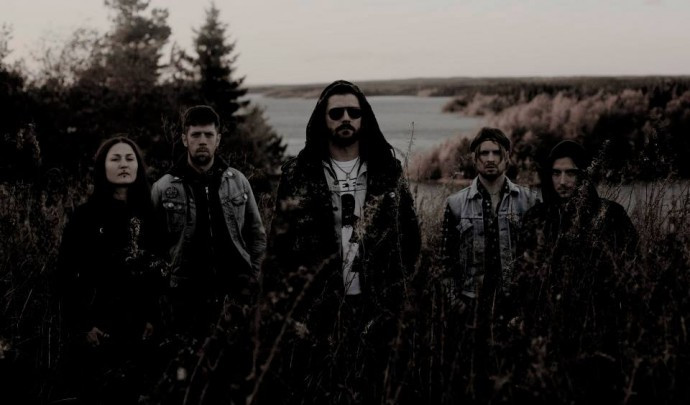 Though they count among their ranks a certain guitar-wielding member of Swedish overlords Cult of Luna, don’t expect much in the way of drawn-out ambience or long, prog-tinged digressions from the Riwen boys. As the band themselves state:

“It’s time to make it simple, raw, and fast. This is Hardcore.”

And that’s a mantra that they (largely) stick to throughout the album’s twelve tumultuous tracks.

The simple-but-effective kick in the teeth of “Crucifix” starts things off with a hard-driving, punk-tinged, and bass-fueled gallop of clanging chords, strafing down-picked chugs, and raw-throated vocals, followed by the sub-two-minute tantrum of “The Blackest Blood” (complete with ugly, infectious “kill yourself” refrain) and the ominous, low-slung groove of “Orcus”.

The heavy, hooky, “Strife and Hate” lives up to its name in an explosion of frantic drums, rough and tumble riffage, and truly ferocious vocals, as does the manic hellride of “Hades Trail”, the two songs separated by the melancholy interlude of “Daymares” – one of the biggest indicators that things here aren’t perhaps quite as simple as the band’s initial statement of intent would have you believe.

Of course, if you’ve been paying close enough attention you may already have noticed that, even in this stripped-down form, the musicians behind Riwen haven’t totally abandoned subtlety and nuance. The eerie outro lead from “Orcus”, for example, echoes similarly esoteric touches employed by sadly defunct Metallic Hardcore outfit The Great Deceiver, while the dissonant edge of melody added to “Hades Trail” gives the song a darker, more morbid feel than anything you might associate with straight-up Hardcore.

The second half of the album takes things a step further, although it gets no less angry and aggressive, with both the icily melodic inflections of scorched-earth anthem “Stalking A Wounded Wolf” and the slow-burning atmospheric attack of “The Curlew” (each a stand-out track in its own right) recalling the bruised and wounded Hardcore/Post-Metal sound of the much-missed Burst, albeit with a shade more menace and bite to them both.

Both “Rise Up” and “I See War” hit all the expected Hardcore notes – all rapid-fire riffs, thrumming, electrified bass-lines, and rabid, gnashing vocals – but do so with such force and conviction as to make them seem as fresh and vital as a fresh-pressed early ‘90s 7” split, though both tracks almost pale in comparison to the pissed-off hooks and apoplectic fury that run rampant through “Voices of Revolt”, which is akin to an adrenaline shot in pure sonic form.

The album closes with the bleak, post-apocalyptic strains of “Dödens Källa”, building from a mammoth, doom-laden intro into a punishing barrage of metallic mayhem, every instrument (including the vocals) sounding on the edge of spontaneous combustion, finishing up in a dark and moody crawl of slow-motion collapse.

As utterly ferocious and uncompromising as anything I’ve heard this year, The Cold is a short, sharp, shock of focussed rage and raw, unrepentant antagonism, railing wildly against blind faith, political corruption, and selfish narcissism in a suitably chilling indictment of our modern age.