So for the second part of this (extremely limited) series, let’s delve into the UK’s too-often-overlooked and underappreciated Black Metal scene, shall we?

Now, much like the Black Metal scene in any country, the real gems of the UK scene are (in my opinion at least) far too often occluded and denied the attention they deserve by the hordes of corpse-painted copycats which clutter the scene like maggots, each one somehow convinced that their particular brand of insipid Satanic bluster makes them a unique and special proposition.

Whether it’s the pasty-faced nerds (replete with appropriately “evil” pseudonyms) whose music sounds more like the soundtrack to a late 90s RPG, or the ramshackle racket put out by the trve-kvlt-elite, who equate a lack of musical talent or identity with “integrity”… there’s just as much opportunity for those without any creative vision to simply ape the sounds of their forebears as there is a chance for those with real vision to express themselves.

And perhaps that’s as it should be. It is, after all, the way of the world. Thankfully, however, there are always going to be those who are simply better than others, diamonds in the rough shining more brightly than those around them could ever hope to.

And so I’ve (hopefully) picked out three of them for you today. 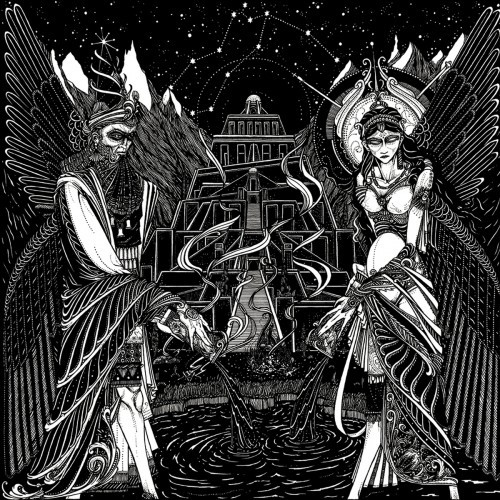 Do you remember that time when it seemed like Watain were setting themselves up to be the true and righteous heirs to Dissection? Before they decided they’d rather be rock stars/bikers/whatever they are now? Ninkharsag certainly do, and if their debut album Blood of Celestial Kings is any indication, then they might just be contenders for that long-empty throne themselves… only without all the preening and posturing and pretentious proclamations.

Much like the boys in Abhorrent Decimation featured in yesterday’s collection, Ninkharsag aren’t out to reinvent the wheel when it comes to their chosen genre. They’d rather just refine that wheel to perfection, and then use it to crush whomever stands in their way. They’re also not afraid of a big, bold, brutally effective hook when they come across one, as the nine songs which make up their debut album are positively bursting at the seams with brash, full-throttle riffs and coldly intoxicating melodies… as well as a hefty helping of pure blackened spite and vitriol.

The majority of the songs on Blood of Celestial Kings are as swift and incisive as a razor-blade across the throat, with only the apocalyptically riff-heavy “Tartarus Unbound” (4:59) and scorching closer “Iron Wolves” (6:01) pushing the boat out into deeper waters. The rest of the tracks, from malignantly infectious opener “The Sicarii”, through the rampaging riffs and subtle acoustic inflections of the eponymous “Ninkharsag”, to the punishing penultimate assault of “Dawn of the Age of Aquarius”, tend closer to a 3:00 run-time on average, stripped of (almost) all extraneous elements and distracting diversions, in favour of a primal focus on the power of the riff incarnate.

That’s not to downplay the rest of the instruments mind you – the drums walk a fine line between power, precision, and passion, laying down a wicked flurry of blastbeats, thrash beats, and smartly played fills with boundless confidence, while the bass makes its presence felt by delivering both a brooding, rumbling low-end and some pleasingly prominent counter-melodies – but it’s undeniable that Ninkharsag build their music from the riffs on upwards… which probably explains why they’re all so damn good!

Of course the outright Dissection/Absu worship on display is hard to ignore… but equally, it’s clearly not something the band care to deny. They’ve found their sound, and they do it exceptionally well, so who cares if it references some of the scene’s biggest luminaries along the way? What matters is that Ninkharsag have really taken this sound by the throat and made it their own. 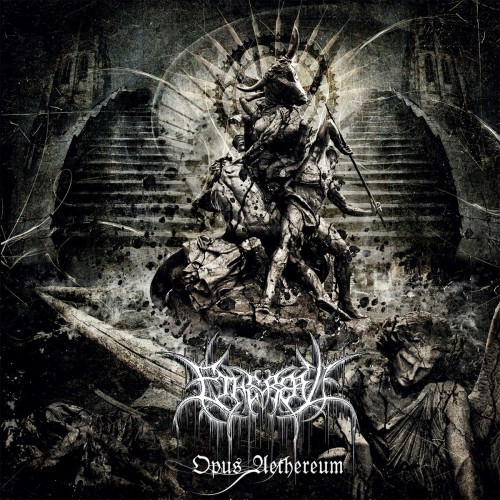 I’m actually a little ashamed it’s taken me this long to get around to covering the debut album from this Liverpool-based band of blasphemers, as not only have they been one of my favourite acts on the UK scene for quite some time now, Opus Aethereum is also quite simply a top-notch display of quality Black Metal might that hearkens back to the golden age of Emperor and Dimmu Borgir at their most majestic and powerful.

It’s undeniable that the album possesses an extremely powerful sound, with the frankly massive production job giving every element a punishing power and clarity (it’s particularly nice to be able to hear the bass slithering and undulating clearly in the background), while the synth-work is nicely prominent but not overwhelmingly so, working to support the ferocious riffage and storming drums, rather than the other way around.

As cleverly and patiently refined as this album is (and it’s clear that a LOT of work went into writing and sharpening and perfecting every aspect of it), Opus Aethereum isn’t lacking in raw energy either, maintaining a bruising atmosphere of dark intensity and extremity throughout — aided and abetted by some rather spectacular drum work (check out the frenzied, yet calculated, sticksmanship displayed on” Unholy, Ungodly” for a great example).

There’s also a hell of a lot of killer guitar work on show on Opus Aethereum, with the band’s two string-slingers rarely content just to settle for a standard tremolo part when instead they can inject it with a host of cranking, crushing chord changes or bone-crunching, borderline Death Metal chuggery. There’s even a plethora of searing leads scattered liberally across the album’s eight tracks (the penultimate few minutes of blistering opener “Nomicon” offering an early example of the band’s particular brand of soaring fretwork).

It’s also another album positively bulging with sickeningly effective hooks, from the brutally effective refrain of “Overwrite the Archetype”, to the brooding groove-and-blast attack of “Psalm of the Deceiver”, to the stomping rhythms and eerie melodies that run through “Aethereum”. In fact each and every one of these tracks has its own particular identity, without making the album feel divided or disconnected… though perhaps the one thing I’d change is to switch the ordering of the last two tracks, as “Waking Death” doesn’t seem to leave quite the same depth of impression on me as its predecessor did/does.

Still, if you’re looking for something that’s wilfully, almost arrogantly, grandiose, but doesn’t skimp on the razor-edged riffs or sheer heaviness in the process, then Opus Aethereum could well be your new favourite album. 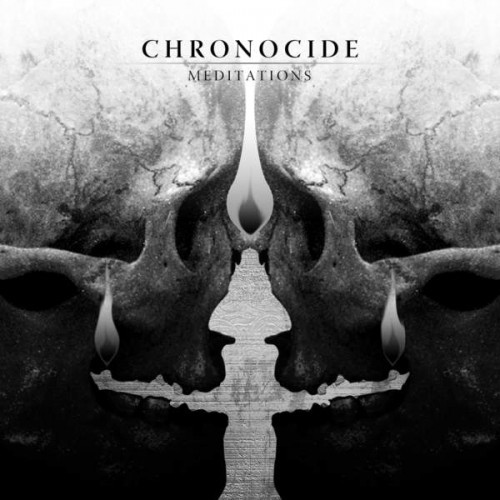 On the opposite end of the scale from the dark lords in Ethereal, Black Grind lunatics Chronocide sound like the sort of band more likely to ply their filthy trade in decaying back-alleys and grime-encrusted cellars than on festival stages, with almost every track unleashing a truly lethal level of pure, unfiltered aggression and ugly, uncompromising brutality.

Tracks like the flesh-scorching “A Cult By Any Other Name”, the pulverising “There Is No Revolution”, and the almost inhumanly heavy “An Objective Morality”, offer up a truly unrepentant assault upon the senses, all clanking, mechanised riffage, squalling, scratching dissonance, and explosive, nausea-inducing drumming, overlain with a vocal performance that’s best described as “rabid”, vomiting up a face-melting litany of bile and rage without remorse or restraint.

As effective as the album is at this level of intensity, however, the band have more than just this one (undeniably effective) trick up their sleeves. Unstoppable opener “Burial of the Dead” shows that these particular grindophiles can be just as devastating at a more brooding, mid-paced, tempo, while the charmingly-titled “Filling Empty Skulls With Shit” adds a surprising dash of malicious melody to the proceedings.

Stepping even further outside the box, “Perfect Slaves” is six-and-a-half minutes of nasty, blackened misanthropy and post-apocalyptic atmospherics that sounds like the sort of things the members of Anaal Nathrakh and The Axis of Perdition would come up with during a group therapy session, whilst the second half of the utterly hateful “Amor” brings in some absolutely hypnotic clean female vocals that unexpectedly work like magic over the tracks’ swarm of harsh, dissonant riffage.

The album ends with the suitably cataclysmic “What The Thunder Said”, the band perhaps saving the very best until last as they unleash a veritable firestorm of ripping, tearing riffs and throat-rending vocals, underpinned by a titanic, tumultuous drum sound and a throbbing undercurrent of grim atmosphere.

As albums go, Meditations is as vicious and ferocious as they come… but it’s also undeniably (and disconcertingly) infectious as well. Make sure to pick up a copy if you’re after a dose of pure sonic depravity and degradation with a morbidly addictive aftertaste. Just don’t say I didn’t warn you.

3 Responses to “THE BEST OF BRITISH, PART 2: NINKHARSAG / ETHEREAL / CHRONOCIDE”