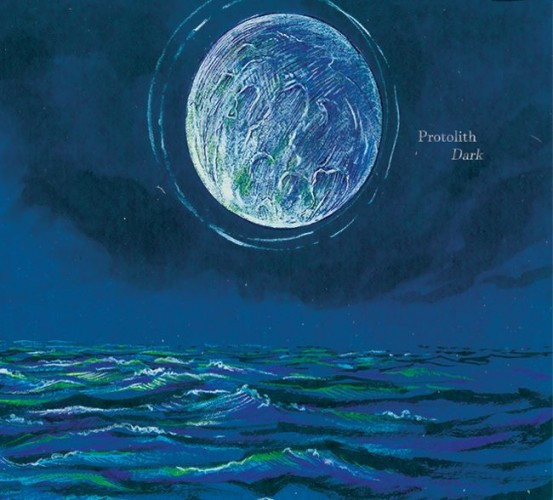 Almost five years have passed since Protolith released their debut album Light, and three years since their Sunsetter EP. But this Massachusetts-based band have now completed work on their second full-length, with a title that contrasts with the name of their debut: Dark. Today we’re happy to bring you a full streaming premiere of the new album in advance of its official release.

Dark represents a rare combination of genre-spanning musical styles, including sludge, doom, death, post-metal, and progressive metal. It’s evident that Protolith are adept at writing and performing in all of these fields, but what makes Dark such a fascinating achievement is the band’s success in blending them together so naturally within each song. Even with such marked contrasts in these musical styles, the music flows. The transitions feel organic, and at its best, Dark succeeds not just in transitioning between these different approaches but in uniting them.

Atmospherically, the mood varies from the wistful and melancholy to the ominous and oppressive. One moment the music is entrancing, the next it’s jolting. Within these constantly evolving songs you’ll find huge, earth-shaking doom riffs and blast-beats, but you’ll also find shimmering guitar melodies that cascade like an aurora borealis above the pavement-splitting tumult. Rippling tremolo leads give way to huge percussive blows that strike like giant mallets. Groaning sludge chords subside into somersaulting, fusion-influenced bass notes and sparkling guitar arpeggios. Moments of cool reflectiveness and progressive-minded flights of exuberance co-exist with surges of dark, powerful intensity.

And don’t miss the brief instrumental piece, “Cerulean”, that lies waiting in the middle of the album. It’s a mystically beautiful layering of acoustic guitar and strings. Unlike many instrumental interludes in albums of heavy music, this one — like all the other contrasts within Dark — feels like it belongs.

Apart from the band’s compositional skill in integrating these shades of light and dark, delight and doom, all of the instrumental performers are also obviously quite talented, and the balanced mix of sounds gives each of them the attention they deserve.

The album also features the kind of vocal variety that suits the contrasts in the music. Predominantly, the vocals are either cavernous roars of the kind that would grace a funeral death/doom album or jagged, impassioned howls. Much more rarely — but equally effectively — clean vocals appear, ranging from a depressive, gothic-tinged style almost reminiscent of post-punk, to high, soaring tones.

The album is very much worth your time, from start to finish, but for those more interested in sampling, you really can’t go wrong picking any track at random. Still, if I had to choose one or two songs that well-represent the fascinating achievements of Dark, I would recommend “Maelstrom” and “Transcendence”. Hope you enjoy all of it as much as I have.

Dark features beautiful cover art by Nate Burns and it will soon be released as a digipak CD as well as a digital download via Protolith’s Bandcamp page. For ordering details, follow these pages: