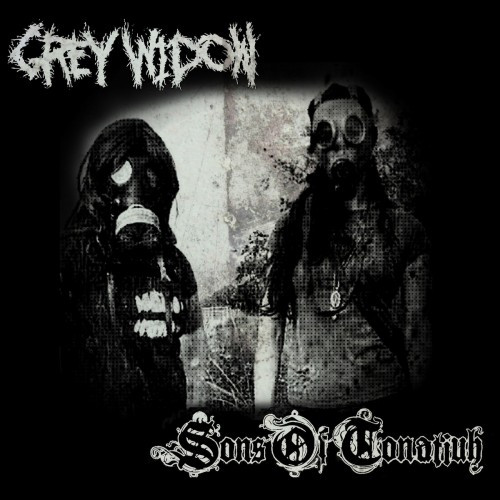 The three minutes of inexorable pounding and excruciating feedback that launches “X” may put your teeth on edge, but the absolutely staggering riffs that follow may knock them into your throat. It’s the titanic, fuzz-drenched sound of buildings collapsing in slow motion and bone being pulverized into dust. The vocalist shrieks for all he’s worth in the background of the destruction — and though all this noise is ghastly enough, it still doesn’t completely prepare you for what happens when the band really start storming about halfway through the song.

When the pace quickens, the sound resembles the distorted hybrid of a wrecking ball and a steamroller, the effect changing from staggering to shattering. In the final minute or so, you get a squalling dual guitar melody that’s bluesy, dismal, and psychoactive. It’s a powerful finish to an overwhelmingly ruinous song.

“Obey” furnishes no reprieve. It’s just as ugly and just as physically dismantling as “X”, but doesn’t take quite as long to get down to the serious business of crippling its listeners. A shroud of brutal hate and searing pain surrounds the song’s enormous pounding rhythms, a noxious cloud of massively distorted riffs and ridiculously cataclysmic bass notes that send a very clear message: Life is shit, and the void looms at its end. 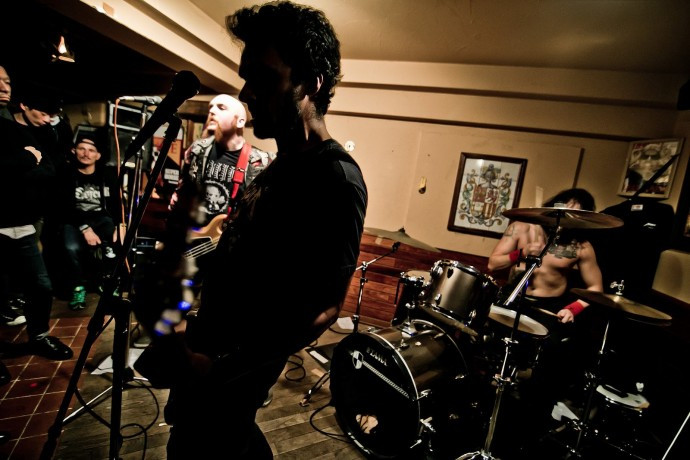 This band’s last release was a 2014 EP named No One Is Safe, which followed two full-length releases in previous years. They’ve contributed four tracks to this split, and they make a fine complement to Grey Widow’s nihilistic rampages.

While the music could also be classified, along with Grey Widow’s, under the rubric of sludge/doom, the sound isn’t as ugly and overpowering. No doubt, the aura of the music is one of doom and desperation, and the vocalist is equally determined to claw his throat out with broken glass, but the thick riffs and rocking beats have more life in them.

There are elements of stoner-doom and punk in the band’s grim stew of sound, with melodies that can get their hooks in you and a more up-tempo approach to slugging you in the kidneys. “Sun Goes Down” is a real serious headbanger that also includes a cool change in vocal style, and it proves to have the most staying power, while “The Oracle” is an absolute tar pit of broken dreams — but all the songs are geared to kick your ass up between your shoulder blades.

The split is available for download at Bandcamp, and you can order it on CD or tape from Red Valley Records. Links are below

P.S. These same two bands are about to start a European tour together. I’ve included the tour flyer below the music stream. 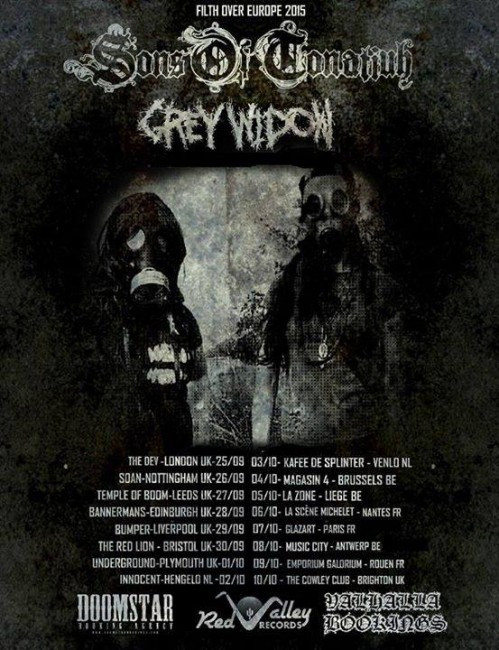 3 Responses to “SHORT BUT SWEET: GREY WIDOW / SONS OF TONATIUH — A SPLIT”