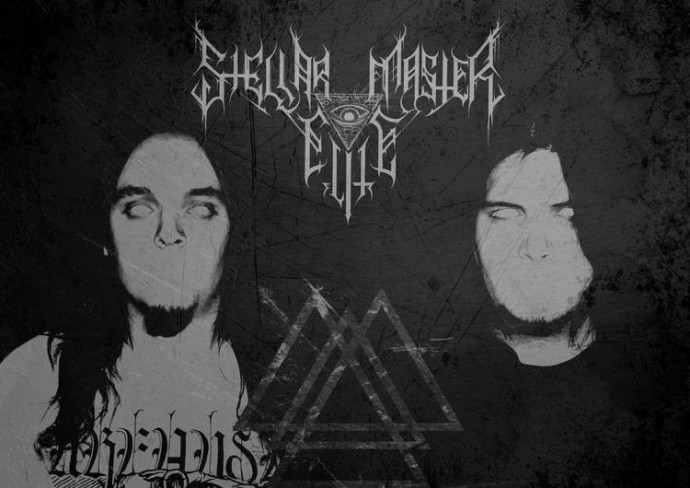 (In this 63rd edition of THE SYNN REPORT, Andy reviews the discography to date of Germany’s Stellar Master Elite — including their just-released third album, Eternalism.)

The Synn Report isn’t just about covering bands retrospectively you know? In fact, frequently I’ll stumble across a band for the very first time and just feel compelled to write about them immediately (see Parts 57 and 60 for recent examples).

German grim-meisters Stellar Master Elite are another example of a band whose name has been floating around the various circles in which I wander for a while, but who – with their upcoming third album (which is being released today) – I’ve only just gotten round to checking out.

So if you’re looking to get your grim, inhuman groove on, then you’ve definitely come to the right place! 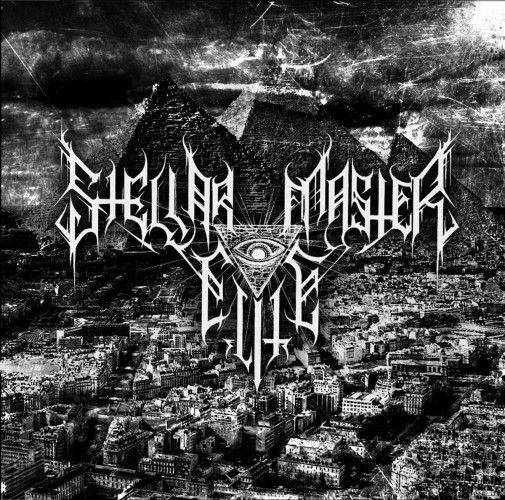 The band’s debut kicks off with the obnoxiously catchy riff-grooves and gnarled vocals of the decidedly Dødheimsgard-esque “The Circle”, cutting straight to the bone with its piano-wire sharp guitar tone and infectious, driving hooks, while salting the wound with some eerily danceable and mind-warping synth patterns along the way.

As direct and to the point as “The Circle” is, it’s followed by the antithetical “Vortex Void”, a more expansive and brooding monolith of slow-feed, ringing dissonance and stomping chuggery not too far removed from Volcano-era Satyricon in tone and timbre, albeit with a far more pronounced Doom influence coating every single tar-drenched riff and sucking, suppurating drum beat. At over ten minutes in length it should, on paper at least, feel like it drags… but it maintains enough relentless, downbeat momentum that it never feels like a chore to sit through, remaining impressively engaging and hypnotically headbangable throughout.

“Elyon” is another prolonged piece of rust-inflected sonic torture, replete with a thoroughly ominous, and distressingly dissonant extended intro/outro, along with a veritable battery of gruesomely efficient riffs, each one built around a central, skull-piercing hook of deceptive simplicity, but undeniable lethality.

The dimly lit and flickering melodic guitar that introduces “Ain Soph” clearly presages the gloomy darkness that follows, its bare-bones riff work and eerie clean vocals showcasing another bloody string on the band’s blackened bow, all desolation and despair, without a glimpse of hope in sight.

The album’s final track-proper (preceding the questionably titled instrumental “Prelude II”) comes in the form of five-minute occult anthem “Feed the Serpent”, which builds from a creepy, John Carpenter-influenced sci-fi soundscape into a relentless razor-storm of snarling vitriol and flaying riffs, before concluding with some uncharacteristic, and unpredictably, awesome solo work, and a torrent of brilliantly vile vocal hooks 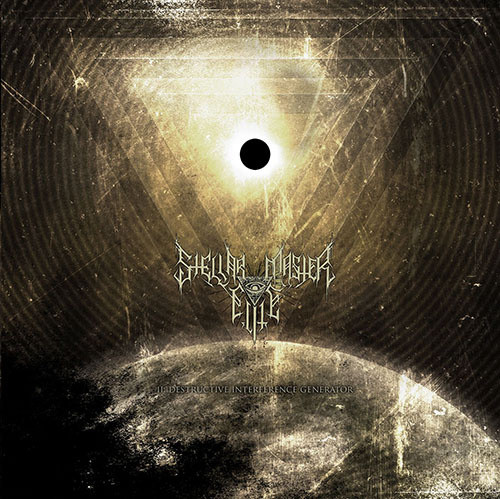 With their second album the band certainly stepped things up a notch, going heavier, denser, and altogether darker, with the industrial and synthetic elements all getting a corresponding boost alongside the ever-more crushing guitar and drum tones.

“Beyond Light” is a slow-burner, at least at the start, with its lilting, shadowy melodic notes and solemn spoken-word vocals (bringing to mind the bleak poetry of Satyr at his most gloomy and introspective), slowly gaining in power and momentum from a doom-encrusted chug to a furious deluge of scalding blackened riffage that would fit seamlessly alongside Rebel Extravaganza-era Satyricon, with a singular winding disharmonic tremolo pattern weaving and threading its way through the song’s procession of blast-fed aggression and stomping distortion.

The cog-toothed riffs and stop-start hooks of “Pattern of Perception” are tailor-made to relentlessly grind themselves into your subconscious, aided and abetted by some surprisingly tender melodic inflections and bleeding-edge tremolo harmonies, while the meditative cosmic-crush of “Prison Planet” that follows also carries across this darkly melodic touch into its more refined and atmospheric delivery.

“The Mobius Strip”, by way of contrast, is a heavier, harsher proposition, bursting with dissonant, heaving riffs and painfully precise drum work, ultimately producing some of the album’s nastiest, most virulent grooves. And yes, while there’s more than a hint (a very large hint indeed) of Satyricon about the song’s low-sung, grim-faced swagger, the subtly other-worldly keyboard ambience and hints of Death Metal heft help elevate this above mere plagiarism. Plus, it absolutely rocks.

The title track, the ten-minute terrorform that is “Destructive Interference Generator”, is the album’s lynchpin, beginning in a morbid, doom-laden crawl of crippled chords and seditious, cybernetically-distorted vocals, building to a harrowing drawn-out procession of Celtic Frost-influenced riffs and utterly nihilistic, conspiratorial vocals. It transitions into a rolling, bulldozing stream of Death/Doom guitar work, before the second half of the track slowly but surely dissolves into a choking miasma of dense, impenetrable riffage, doomy atmospherics, and sinister synthesized ambience.

The band’s one potential mis-step (though this probably depends on who you ask) is in electing to conclude the album with the freakishly danceable, Nachtmystium-gone-post-apocalyptic, vibe of “Empty Shells of Being”. While as catchy as a neurosyphilitic infection, it doesn’t make for as definitive a closing statement as its predecessor. 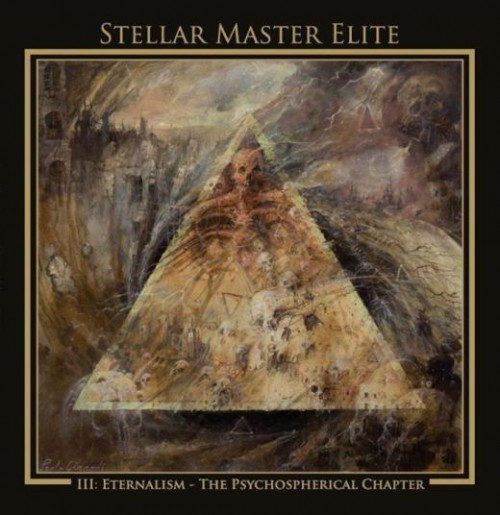 With their particular formula now firmly established, the German psychonauts have clearly opted to push their sound further out into the void with this, their third album, focusing ever more on esoteric cosmological philosophies and imaginings… though never at the expense of a good, gut-rumbling Black Metal riff assault.

“Transmission: Disruption” immediately sets the tone with its horror-tinged synths and massive, booming drum sound, positively dripping with malevolent desire right from the off. The vocals, when they appear, are as filthy and rotten as the foulest of Death Metal bands, layered as they are over a sinuous stream of rippling, pustulent bass lines and slow-burning, acid-etched tremolo melodies, which slowly but surely pick up steam, pulsing with evil intent and predatory menace.

“Desperate Grandeur” is a more jagged, chuggier affair, its jarring, atonal riffs bolstered by a helping of spectral synthezoid darkness and vocals that switch from a venom-flecked snarl to a filthy, ravenous growl, all leading to a mid-song section of utterly hypnotizing Death-Groove that burrows its way under your skin within seconds of its first loose-limbed, blood-sucking riff.

Whereas the seven-minute “Buried in Oblivion” is a slightly more straight-up Black Metal riffmonger of a track (albeit, one with a groaning, doom-laden mid-section and an ever-present atmosphere of dire portents), the subsequent track, “Perdition Time Loop” is a full-on piece of Ambient Doom that creeps and crawls around the back of your mind in the form of over nine minutes of disturbing subconscious noise.

“Hologram Temple” starts off with some similarly spectral and enigmatic ambient sound layers, before it unloads a glacially-paced and utterly pulverizing display of monstrous Death-Doom on the unsuspecting listener, all pounding, cataclysmic chords and gut-quaking growls that mercilessly and remorselessly grind and hammer away with irresistible tectonic force.

With the stripped-down and straight-ahead attack of “The First Principle”, the band unleash a barrage of the sort of barbed Black Metal riffs that would make Khold smile in grim approval, razor-edged and rusted to poisonous perfection, leading into the fuzzy, bass-led interlude of “Mark of the Beast”.

The album concludes with the titanic “Eternalism” and the surprisingly beautiful and restrained “Downfall”, which serves as something of a calming soporific after the malevolent masterclass in focused power and nihilistic fury of its predecessor, all fourteen-and-a-half minutes of blistering snarls and bestial growls, doom-laden, down-tempo chord progressions, strafing blackened riffage, eerie, infernal ambience, and vast, sweeping swathes of cosmological (dis)harmony.

EDITOR’S NOTE: Eternalism is being released today by Essential Purification Records and can be streamed in full at the following locations:

Some of the new songs are included below for listening as well. You can find Stellar Master Elite on the web here: