It’s Sunday, and that means it’s time for another glance into the past of metal. This week we’ve got songs from two bands, rather than one, but they’re pretty closely related — in addition to being tremendously influential in the development of both black metal and death metal.

The Swiss band Hellhammer was active from 1981 –1984. According to Metal Archives, they released three demos in 1983 leading up to the 1984 EP Apocalyptic Raids, which was later reissued in 1990 under the title Apocalyptic Raids 1990 A.D., along with two bonus tracks that had originally appeared on 1984’s Death Metal split, including “Messiah”. 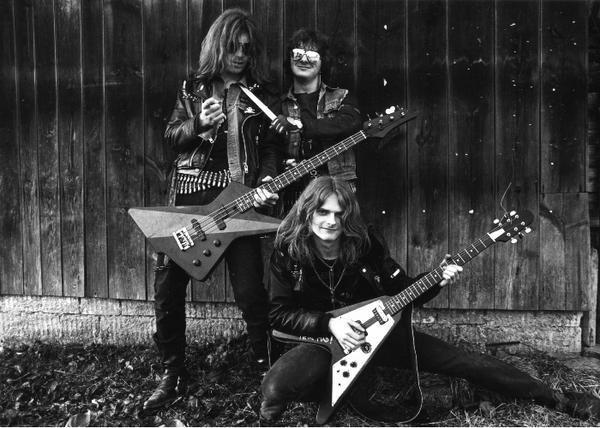 The band came to an end in 1984, with Tom G. Warrior and and Martin Ain going on to form Celtic Frost. As for the quality of Hellhammer’s output, here’s an excerpt from an article at The Font of All Human Knowledge:

Although its former members felt proud of Hellhammer’s legacy by the end of the 1980s, that was not always so. In fact, Tom Warrior feared that his prior commitment to Hellhammer could hinder the future of Celtic Frost. A 1985 Kerrang! review summed up his worst fears: “The truly execrable Hellhammer may now have turned into Celtic Frost but still suck on the big one.”

Regarding the controversial status of his former band, Thomas said:

“Way back in 1984 and 85, when Martin Eric Ain and I recorded Celtic Frost’s first two albums Morbid Tales and To Mega Therion, Hellhammer lasted on us almost like a curse. Even though Hellhammer was the very reason we had thought over our goals and conceived the Frost, HH’s left-overs kept being mighty rocks in our way. Many voices saw Frost as the same band with just a name-change. The lack of musical quality in HH made it almost impossible for us to get an unbiased reaction for Frost. To make a long story short, it almost killed all our work and dreams.” 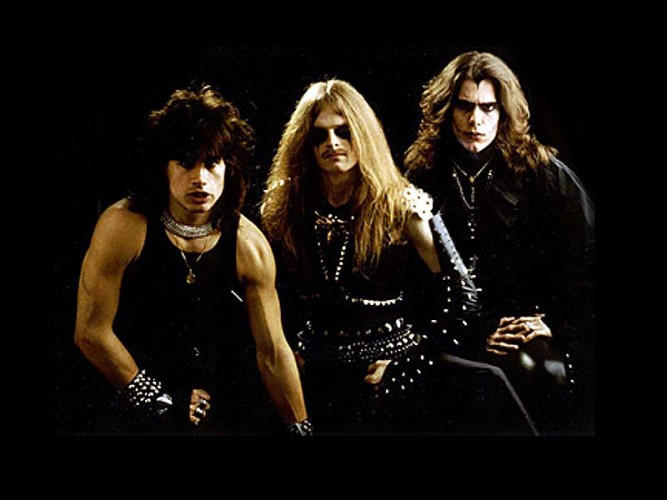 Of course, in hindsight Celtic Frost was in no danger of being killed, and its influence on extreme metal continues to be felt today. The band was initially active from 1984 – 1993, re-formed in 2001, and then came to an end again in 2008 following the departure of Tom G. Warrior — who went on to form Triptykon soon after.

Below I’ve collected Hellhammer’s “Messiah” and then three live videos of Celtic Frost songs. The first are live Frost performances of “Into the Crypts of Rays” (from the Morbid Tales EP) and “Circle of the Tyrants” (from To Mega Therion). And then the third one is a cover of “The Usurper” by 1349 at Bikini Test, La-Chaux-de-Fond, Switzerland, on November 12, 2005 — with Tom G Warrior as a guest vocalist.

I’d be curious to see which Celtic Frost songs are your favorites, so don’t be bashful about sounding off in the Comments.