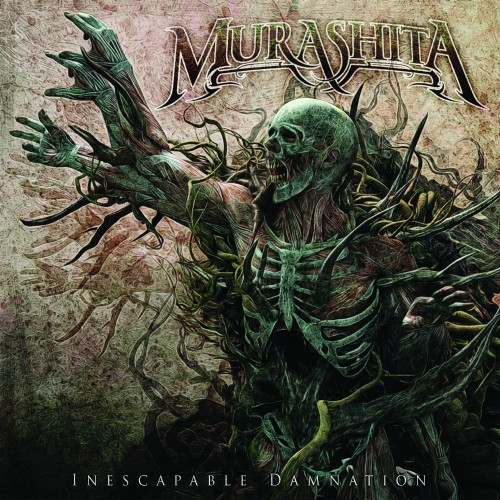 Masaki Murashita made a name for himself in short order as the lead guitarist and front man of Arizona’s Hemoptysis, whose 2011 album Misanthropic Slaughter turned a lot of heads (including mine). With that band having come to an end, Murashita has now embarked on a solo career under his own name, beginning with a debut EP entitled Inescapable Damnation that’s scheduled for release on October 16. Today we’re bringing you the EP’s title track, which features a bass performance by Megadeth’s Dave Ellefson.

Ellefson isn’t the only notable guest on this EP. It also includes performances by Kevin Talley (Suffocation, Six Feet Under, Chimaira), Kelly Conlon (Death, Monstrosity), and Rodney McGlothlin (Voice of Dissent), and it was mixed by Ryan Greene (Megadeth, NOFX). And on top of that — as you can see — it’s adorned by a really eye-catching piece of cover art by Remy Cooper of Headsplit Designs.

But while all of these other talents are certainly worth mentioning, Murashita is most definitely the star of this show. 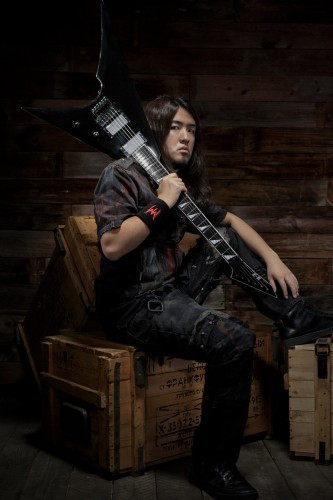 There’s a thrash backbone in “Inescapable Damnation”, and Murashita has concocted riffs that not only get the adrenaline flowing and the blood pumping but also exude a sensation of grim menace — a sensation that’s magnified by the ravenous ferocity of his snarling voice. But there’s still more to this attention-grabbing song: It includes a guitar solo that reflects great melodic sensibility, in addition to physical dexterity; it’s a reminder that memorable soloing is about more than how fast you can shred.

One other track from the EP (“Retribution”), which features Kelly Conlon on bass and drummer Kevin Talley, is now streaming on Bandcamp, and we’ve included that one below as well. Both songs are strong teasers for a very strong solo debut.