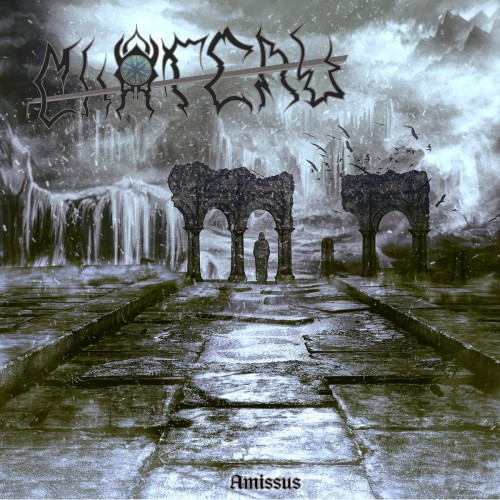 I’m in an unfortunate position. Before I began my trip to Alaska about a week ago for my day job, I had collected a lot of music that I intended to compile for an installment of our Shades of Black series. And since arriving in Alaska I’ve found a few more songs (in the little time I’ve had to myself) that I wanted to add to the post.

The problem is that I haven’t had time to write my impressions of the music in detail — and I don’t think I will find the time in the near future. So, with apologies to the bands, I’ve grudgingly decided to just share the music streams with you, even though I can’t share all my words of praise about them. I do hope you’ll check out everything in this post, despite the large volume of music — I think it’s all very good.

Amissus is the name of the debut EP by a band named Château from Raleigh, North Carolina (the first of two bands from Raleigh featured in this post). It’s available for order on CD or download at Bandcamp.

When you press play below, the first track you’ll hear is the multi-hued “Our Empire of Stolen Breath”. I was hooked by it within the first 30 seconds, and stayed hooked for the rest of the song (which includes an amazing guitar solo) — and for the rest of this fine EP. 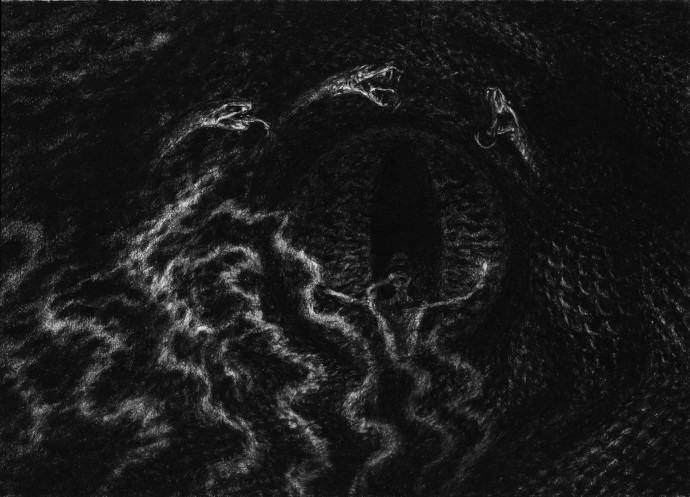 The third album recorded by Sweden’s Grafvitnir is entitled Necrosophia and it’s due for release near the end of this year by Daemon Worship Productions. The wonderful serpentine cover art is by Ubertragic Art.

When the album comes, it will be released as a 6-panel digipack CD with a 12-page booklet and as a gatefold LP. Here’s the track list, followed by a stream of “Kenaz” via two players.

1. Kenaz
2. Awakening of The Dragon
3. Vessels of Serpent Fire
4. Varulvsnatt
5. Fires of Golachab
6. Elddop
7. Into the Vast Forever 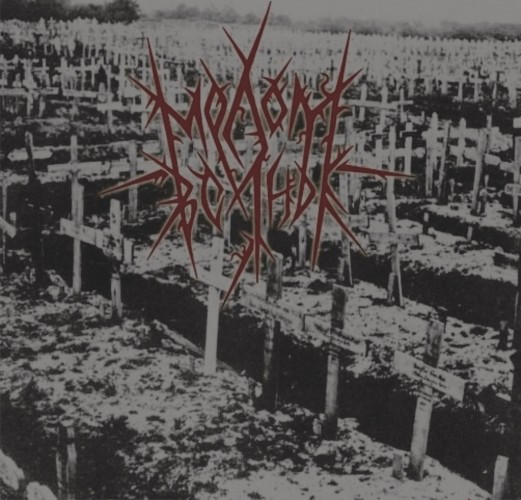 Hammer of War are from Novorossia. Mad Art Mass Execution is the title of their four-track cassette, released by Russia’s From the Dark Past. Two of the tracks are streaming on Bandcamp and available for download.

Listening to these songs is like being parachuted into a war zone, but for all their full-bore ferocity, they’re also catchy as hell — due largely to the pulsating melodic riffs in the songs. Utterly savage vocals, too. 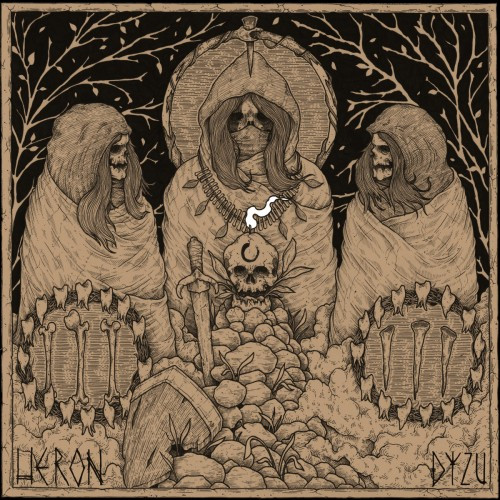 Heron are the second band from Raleigh, North Carolina, whose music is collected in this post. Their new release DYZU is the band’s first full-length album and follows a handful of shorter releases. It’s available for order on cassette and for download via the Bandcamp page of  Armus Productions. It appears an LP will be forthcoming, too.

The vocals on this album are downright terrifying, and the instrumental music is sweepingly atmospheric — dark as a moonless night, very moving, and often quite beautiful in its own doomed way (but as you’ll discover, Heron know how to burn things to the ground, too). 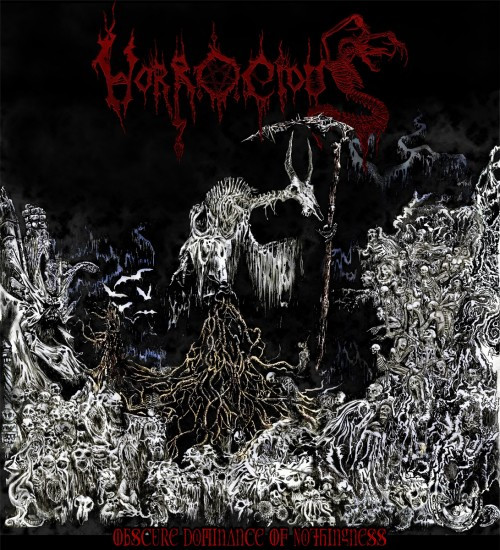 Two of the songs are streaming on Bandcamp. They’re strafing runs of machine-gun percussion, slaughtering riffs, and shrieking vocal madness — but the forlorn melodies in the songs have gotten stuck in my head, too. 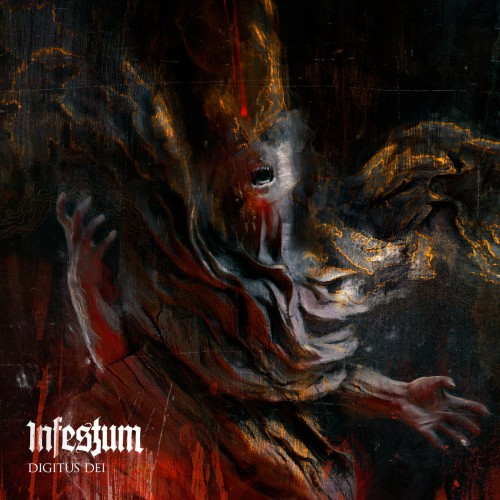 Infestum are based in Minsk, Belarus. They’ve released three full albums since 2002, but their most recent release is an excellent EP named Digitus Dei, which is available on Bandcamp for $2.

Infestum spice their galloping/stomping, industrial-grooved, skull-smashing rampages with lilting keyboard melodies (some of which sound almost like the plucking of a banjo), panoramic ambient waves, and electronic pulses that prove to be quite infectious. The varied array of vocals are also strikingly vile and agonized. 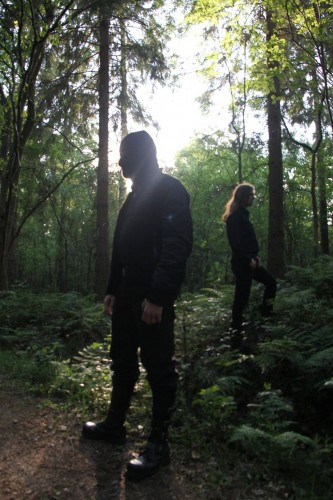 The next songs in this collection come from a Dutch black metal band named Standvast , who share a member with a band named Tarnkappe that I featured here last month. I found the songs via a recommendation from another Dutch band.

It appears that the tracks in the videos below come from an album named Afkomst that may or may not have been released in September by Arantron Productions (that’s what’s stated on one of the YouTube clips that I’ve embedded, but I haven’t found the album anywhere).

One of the YouTube clips appears to include two tracks, named “Heemvast” and “Vraatzucht”, while the second one is a song called “Last van het bevel”. The music is raw and rocking, heavy and harsh — and “Vraatzucht” includes a little darting keyboard motif that’s catchy as hell. 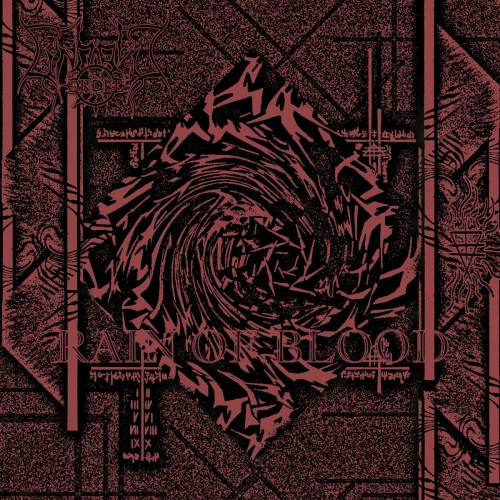 Unholy Order are a black metal band from Vienna. Metal-Archives says they released a live album in 2012 and a 7-song demo in 2013. What I’ve included below is a stream of a single released on November 11 called “Rain In Blood“. It’s a “name your price download” on Bandcamp, and it appears to be a re-recording of a song from that 2013 demo.

A mostly mid-paced song, “Rain In Blood” has a depressive, wrenching aura of pain about it — but as the song unfolds you’ll find a beautiful acoustic interlude, and the song as a whole (like everything else I’ve included in this collection) has gotten stuck in my head.