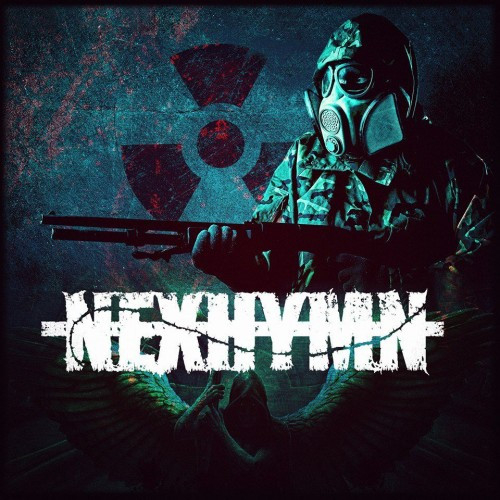 This isn’t quite a complete premiere, because the song you’re about to hear has been available on Bandcamp for a couple of weeks. But the lyric video for it that you’re about to see is brand new, and the song is so damned explosive that it dropped my jaw the first time I heard it, so we’re stoked to help spread the word about it.

Allow me to elaborate on the jaw-dropping thing. I had no idea what was coming the first time I heard the song. Hadn’t bothered to read anything about Denver’s Nexhymn before pushing “play” on the video. Sometimes that’s the best way to go — it’s like unwrapping a present, except in this case it’s more like the present exploded as soon as I touched it.

I’m tempted to say nothing about the music, so you can get the same incendiary surprise that I got — but I can’t resist. You can always just skip past my words and get the music going straight away (be sure to crank the volume all the way up)

The name of the track is “Reflection of Revelations” and it’s the first single from a forthcoming debut album by this band. It drops you into a death metal war zone right from the start, with a protracted howl leading the way over a blistering barrage of rapid-fire riffs and full-auto, bullet-spitting drum munitions. There’s some impressive technical flair in the song, but it’s all fashioned for an unmistakable purpose: to get your pulse firing on all cylinders and to blow your head to smithereens.

As brutal and electrifying as the instrumental work is, the vocals are just as galvanizing and bestial. Never monotonous, and moving through a wide range of harsh extremity, they add a lot to the song’s appeal — and it’s really damned appealing.

Nexhymn’s current line-up, which features a new vocalist is as follows:

“Reflection of Revelations” is available on Bandcamp for $1. The lyric video was created by KDigital Productions. The album is expected for release in early 2016.

9 Responses to “AN NCS VIDEO PREMIERE: NEXHYMN — “REFLECTION OF REVELATIONS””