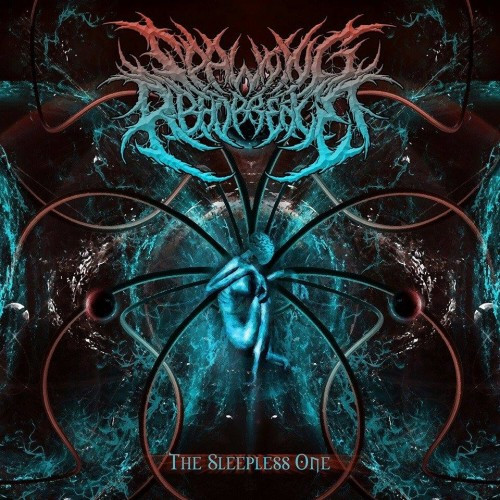 Spawning Abhorrence from Leeds in the UK have finished work on their second album, The Sleepless One, and they’ve just released one of the new songs (“The Writhing Rhetoric”) for streaming. Even though we’re a few hours late to call it an actual premiere, we’ve decided to help spread it around because it’s an obliterating listening experience. And what better way to close out the weekend and get our game faces on for the new week than by getting obliterated?

I could probably just leave it at that, but I can’t resist adding a few more words of introduction, just so you have a better idea how the obliteration will proceed.

It will happen in a torrent of furiously writhing, viciously jabbing, and mercilessly grinding death metal riffs, accompanied by hyper-speed drumming and ghastly roars. And in the second half of this barrage, some interesting things will happen as the band give the song added texture, when a brief moment of near-silence paves the way for a combination of percussive blasting and dark, shimmering melody.

And then the obliteration resumes. And when it’s done, if you’re like me, you’ll find that the music’s melodic undercurrents were more seductive than you might have imagined while all the sonic ruination was in progress.

The Sleepless One will be released in early 2016 via Kings of Decay. The track list is as follows:

1. The Sleepless One
2. Congenital Incomprehension
3. The Aeonian Dormancy
4. Extirpation
5. Between the Denied and Divine
6. Man’s Great Creation
7. Nethermost
8. The Writhing Rhetoric
9. Existent?