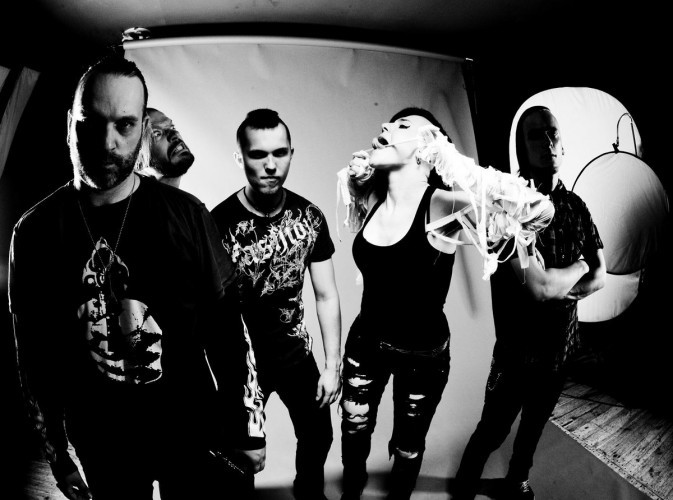 (In this edition of THE SYNN REPORT, Andy Synn reviews the discography of Poland’s Obscure Sphinx.)

Recommended for fans of: Cult of Luna, Tool, Triptykon

Polish Post-Prog-Doomsters Obscure Sphynx are one of those bands who you just can’t believe aren’t so much bigger than they are. Both their albums (particularly 2013’s utterly phenomenal Void Mother, which is easily up there with my all-time favourite albums) could serve as a masterclass in how to craft songs melding mood and emotion, rage and clarity, captivating song-writing and focused metallic heaviness – and both have similarly been underrated and underappreciated by the metal-loving public at large.

Well no more! It’s time to sit up and take notice, it’s time to give the devil his due… it’s time… for this band to reap the just rewards for the brilliant music that they’ve sown! 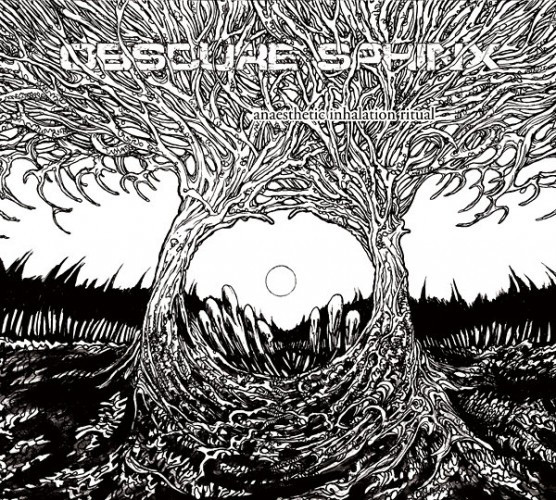 The band’s debut begins in suitably moody fashion with the brooding, atmospheric instrumental “AIR”, before “Nastiez” sets out the band’s stall in all its glory, beginning as a many-layered composition of nimble, proggy bass-lines, shimmering melodic guitar notes, beautifully complex drum work, and soaring, emotive clean vocals, before uncoiling into a muscular behemoth of clanging, clanking riffs and raging, cathartic screams, which heaves and thrums with controlled power and energy.

Though it’s over eleven minutes in length, the song never threatens to overstay its welcome, and concludes with a stunning display of groaning metallic might and glimmering melody, which leads into the low-end rumble of “Eternity”.

The grandiose Cult of Luna-vs-Tool vibe of the track, all prog-tinged creativity and dense, deep-rooted riffage, is topped off by a rippling cascade of enigmatic melodies courtesy of Wielebna’s aching clean vocals and the clever interplay between the guitars of the band’s two riffmongers, Yony and Bartosz, who lace the track with a series of shining, harmonic note patterns, even as it builds towards its intense, crushing climax.

The aptly-titled “Intermission” serves as a momentary breather before the two-part “Bleed” appears to lay claim to your affections.

“Bleed (Pt. 1)” is a four-minute slow-burner of a track, with the focus heavily tilted towards Wielebna’s emotive and dramatic clean vocals, underpinned by a repeating, chiming guitar melody, while “Bleed (Pt. 2)” comes across like a heavier version of Tool at their moodiest and most morose, driven by a series of sharply picked riffs and fluid, jangling bass-lines. It builds to a mid-song peak of crushing, Meshuggah-level heaviness and calculated, controlled chaos (the eerie disharmonic lead in particular offers a twisted version of “catchy” melody over the top of the song’s megaton grooves) before dissipating in a brilliant display of anticlimactic ambience and synth-led dissonance.

The album concludes with the quiet/loud, proggy dynamic of “Paragonomen”, a song that could serve as a signature exemplar of Obscure Sphinx’s distinctive sound, building as it does from its evocative opening bars of odd, inventive melody, into a sequence of rippling, creative drum work and meditative ambience, before blossoming into a crunching, juddering display of taut, angular riffage and hair-raising howls. The rest of the song switches smoothly between gorgeous melody and gut-wrenching grooves, eruptions of booming heaviness interspersed with moments of progressive atmospheric ambience and passages of multifaceted instrumentalism, before reaching a finale of pure emotional and sonic brutality that brings the whole album to a crashing conclusion. 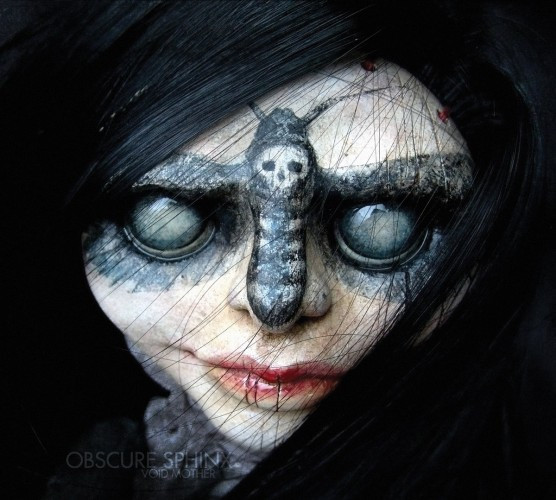 Void Mother is most definitely the band’s magnum opus (thus far, anyway…) and opens with the heaving, hypnotic assault on the senses that is “Lunar Caustic”. The song’s pneumatically-powered punch and dark, disturbing sense of melody serve as the perfect backdrop for Welebna’s distinctive, purgatorial howl (accentuated in places by some well-proportioned backing growls), while the riffs writhe and coil and rumble with mechanized intensity, building to a monolithically heavy finale overlain with a singular, soaring clean vocal performance courtesy of the band’s stunningly talented frontwoman.

The semi-instrumental interlude of “Velorio” is a truly haunting piece of music, Welebna’s almost wordless vocals soaring and diving over a bleakly introspective sequence of agile drums and rippling, esoteric chords, which sets the stage for the 11+ minute “Waiting for the Bodies Down the River Floating”.

“Waiting…” is that rare breed of song that wraps you up so tightly in its metallic embrace that the time seems to fly by, and you’re left wondering where the last 11 minutes disappeared to. It begins with a fluid stream of prominent, prog-tinged bass notes and minimalist, ambient guitar work, backed up by some brilliantly cryptic and creative drum patterns courtesy of sticksman Werbel, before a sudden and unpredictable shift into shadowy ambience presages a devastating eruption of monstrously powerful riffage and stunning intensity, one that ebbs and flows in crushing tidal movements which carry the song towards its eerie, unsettling finale.

“Feverish” is seven-and-a-half minutes of the band at their proggiest and most complex, brimming with atmosphere and gloomy, chiaroscuro ambience. It’s not without its own heft, however, the gutiars of Yony and Olo conjuring up some truly weighty riffage as the song progresses, particularly during the Tool-meets-Neurosis metallic ruckus of the track’s final minutes.

“Nasciturus” brings the heavy, make no mistake, with Welebna’s brittle, crystalline vocal melodies and scarred shrieks shimmering and shattering over the top of a flowing sequence of lurching, Post-Metal riffs and utterly hammering drum work. The track’s juddering mid-section is powered by a mammoth, chugging riff of tectonic proportions that sees the band entering full-on Death Metal territory for a while, after which a desolately beautiful ambient interlude provides a moment’s breather before the song’s final few minutes contort themselves into a dense, Meshugganised rumble of pure, unremitting sonic force.

The rain-drenched “Meredith” is the calm before the storm, and that storm’s name is “Decimation”. Following an immediately infectious and gorgeously complex introduction of interweaving guitar parts and lithe, undulating drumming patters, it manifests as a towering edifice of catastrophic, doom-laden Post-Metal riffs and sinuous, seductive bass lines, topped off with Welebna’s ferocious, gravel-chewing roar, whilst also finding time to inject itself with some brilliantly atmospheric and ambient instrumental passages brimming with creative colour and complexity.

The mercurial “Void” is an eerie, minimalist interlude of haunting echoes and wordless melodies, which sets the stage for the album’s climactic denouement — “The Presence of Goddess”, a 15-minute extravaganza of gloriously progressive, utterly majestic Doom and gloom, where stunning sequences of utterly crushing heaviness sit alongside moments of Tool-like proggy introspection and soaring, melancholy melody. There’s so much going on, so much atmosphere and creativity on display, that mere words don’t do it justice. Yet it’s all so perfectly integrated and interwoven that it verges on “masterpiece” status, and hammers home exactly why the Polish quintet deserve to be a household name in the Metal scene, make no mistake about it.