For this week’s look back in time, we have some music by the influential Brazilian extreme metal band Sarcófago.

Between the band’s founding in 1985 and their break-up in 2000, they recorded four full-length albums and an assortment of demos and EPs. Their 1987 debut album I.N.R.I. was a vital “first wave” release in the evolution of black metal, and even the appearance of the band on the album’s cover was influential in the corpse-painted visual ethic of the genre. The drummer on that album, D.D. Crazy, also pioneered in the use of blast-beat drumming.

Sarcófago’s second album, The Laws of Scourge (1991), marked a change in musical direction. As explained in The Font of All Human Knowledge: 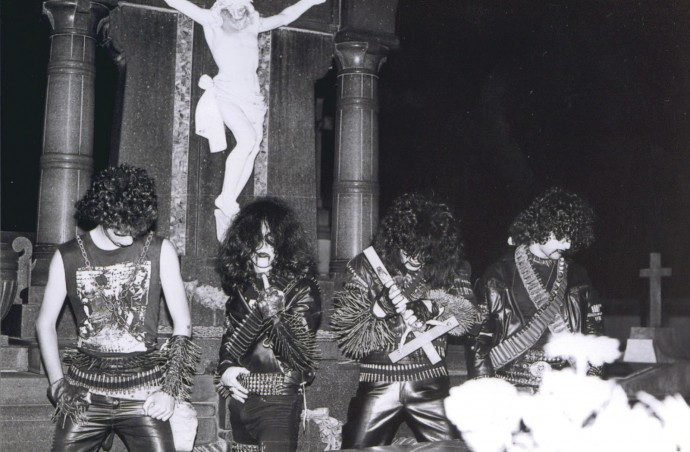 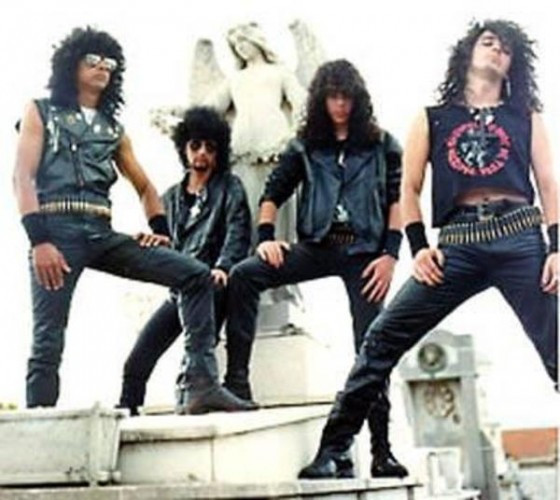 Below, I’ve selected songs to stream from each of the those first first two albums. The last of those is an old MTV video that includes footage of the band performing live.

It’s also worth mentioning that on December 11, Greyhaze Records released Die…Hard, which is billed as the only official collection of Sarcófago’s demos. It’s a 20-track compilation and includes material that has “never before been made available, such as the band’s very first demo recording, as well as material recorded for Rotting and The Laws of Scourge.” It also comes with a booklet of photos from all stages of the band’s career and liner notes by vocalist/guitarist Wagner Antichrist. The album is available here, I’ve included a full stream of Die…Hard after the YouTube clips.

3 Responses to “THE REARVIEW MIRROR (SARCÓFAGO)”