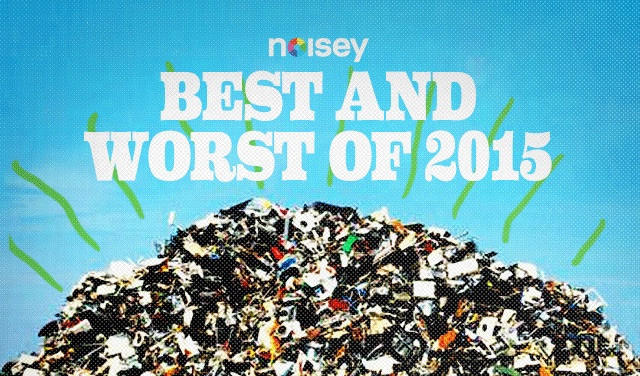 Although we’re getting deep into our site’s own year-end lists, there are still a few more “big platform” sites whose year-end lists I’ve been waiting for, and this is one of them.

Vice Media, Inc. traces its origins back to a punk magazine called Vice Montreal that was started in 1994. Since then, Vice has grown into a multimedia network that includes not only Vice.com but also nine other digital channels. One of those is Noisey, which was launched in 2011 and focuses on music across a range of genres, including rock, rap, metal, and punk. Noisey proclaims that it “reaches millions and millions of readers and subscribers a month, a must-stop source for new music, investigative journalism, and artist-sourced content.”

This year, Noisey brought metal journalist Kim Kelly on board as a writer and member of its editorial staff, and yesterday the site published her ranked list of “Top 10 (Mostly) Metal Albums of 2015”, followed by an additional un-ranked list of “40 Favorite (And Occasionally Not Metal) Albums of 2015”. Here they are (and to read Kim’s comments about all the albums and listen to music streams, go HERE).

5. Death Karma – The History Of Death & Burial Rituals Part I

Christian Mistress – To Your Death

Tribulation – The Children of the Night

Nachtlieder – The Female of the Species

Thou & The Body – You, Whom I Have Always Hated

Devouring Star – Through Lung and Heart

Primitive Man – Home Is Where the Hatred Is