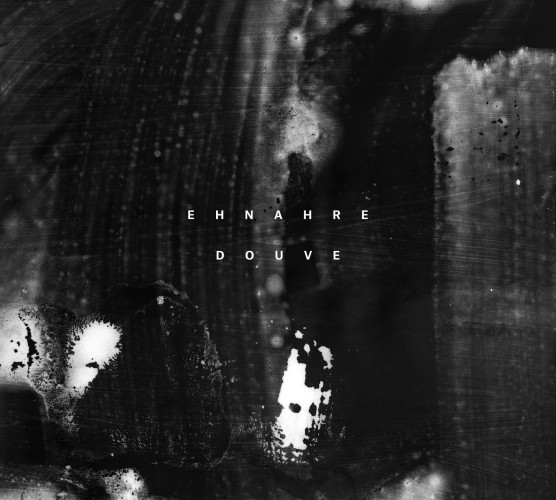 (Austin Weber introduces our premiere of the new album by Boston-based Ehnahre.)

I’ve been following Boston-based experimental doom/death/ and the whole kitchen sink sounding band Ehnahre for a couple years now, first hearing their music in 2012, I believe, when their terrifying-yet-strange record Old Earth was freshly out. Now with the band on the cusp of releasing a new record called Douve this Friday, we’ve been given the chance to stream it a day early — because this is one hell of a musical experience that deserves to have a spotlight shined on it.

Several of the current and past band members’ former ties to Kayo Dot should clue you in on the kind of unorthodox and difficult-to-categorize experience that Douve holds in store. Douve can neither be described in simple terms, nor boxed in stylistically due to its many shifts in style and genre from song to song. Taken as a whole, it’s a class-act example of musical deconstructionism, with multiple metal and non-metal influences colliding and informing the album’s schizophrenic identity.

Even the idea that doom and death metal influences are at the center of the sound is frequently challenged. That happens as early as track three,  “At Last Absent From My Head”, which putrifies the soul with a dissonant modern black metal approach, with  the doomy dread that Ehnahre do so well only popping up further into the song, stretching out like a field of corpses left forgotten. The music moves as if it were a sentient beast, watching a clueless reality growing overtop this field of death, unaware of the violence and chaos it’s being built upon.

Piano and electronic-fueled soundscapes are another big factor in the twisted experience Douve offers, adding a rich additional dimension of dread and alienation to an already warped experience.

Clocking in at almost an hour and a half, Douve is as dense as it is long. This is the kind of release that is a world unto itself. Should you decide to enter it, you may have trouble escaping the sense of foreboding and fear that it exudes. But it’s a high-quality kind of dread and despair, the likes of which outclass 99.9% of all doom in my estimation.

If I had had more time to digest this experience before writing this article I would have several more pages to write. Alas, this was done last-minute, so although this article fails as a deep analytical breakdown of Douve, you can stream it below and feel it out yourself!

*Ehnahre’s Douve comes out this Friday, January 22nd, through Kathexis Records. It can be ordered here: