Sweden’s Necrophobic was formed in 1989 by drummer Joakim Sterner and guitarist David Parland (who left the band in 1995 to concentrate on Dark Funeral and took his own life in 2013). Their debut album, The Nocturnal Silence, was recorded with Tomas Skogsberg at Sunlight Studios and was released by Black Mark Productions in 1993. It really has not aged in 23 years; it’s still a great album. Six more albums followed, the most recent of which is 2013’s Womb of Lilithu, and it’s a very impressive discography, with a sound that blends ingredients from black metal and death metal while incorporating memorable melodies into a framework of undeniable savagery.

Not surprisingly given the band’s longevity, there have been many line-up changes over the years, with Sterner being the only constant member. In recent years the band has included guitarist Fredrik Folkare (Unleashed, Firespawn) and bassist Alex Friberg (Firespawn).

One of the most recent changes was the ouster of long-time vocalist Tobias Sidegård in 2013 on the eve of Womb of Lilithu’s release after being convicted of domestic violence and sentenced to prison. He has been replaced by none other than Anders Strokirk — the man who was Necrophobic’s vocalist when they recorded The Nocturnal Silence but left the band not long after its release. 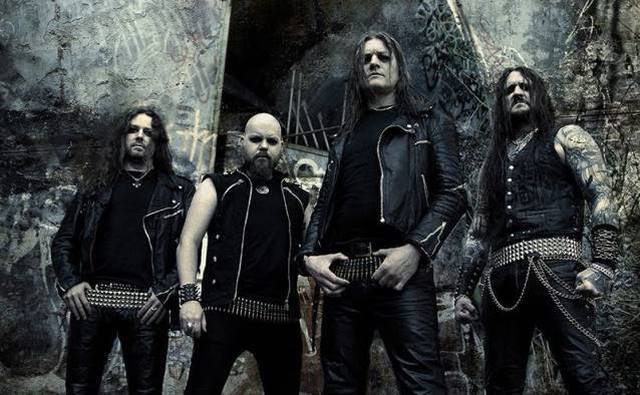 A lot of diehard Necrophobic fans are eagerly waiting to find out what Strokirk will bring back to the table. In the meantime, for this Sunday’s look back at the metal of yesteryear, I’ve pulled together a few songs and videos that span the band’s career:

The title track to The Nocturnal Silence, “Nailing the Holy One” from Darkside (1997) (which features a guest appearance by the late Jon Nödtveidt of Dissection), “Taste of Black” from Bloodhymns (2002), “Blinded By Light, Enlightened By Darkness” from Hrimthuursum (2006), “I Strike With Wrath”(also from Hrimthuursum), “Revelation 666” from Death To All (2009), and two tracks from Womb of Lilithu — “Splendour Nigri Solis” and “Furfur”.

I don’t pretend to have a comprehensive or masterful grasp of Necrophobic’s entire discography, but as good as they have been — as demonstrated by these songs — it’s surprising to me that they haven’t become an even more high-profile and successful band than they are. They deserve it.

8 Responses to “THE REARVIEW MIRROR (NECROPHOBIC)”