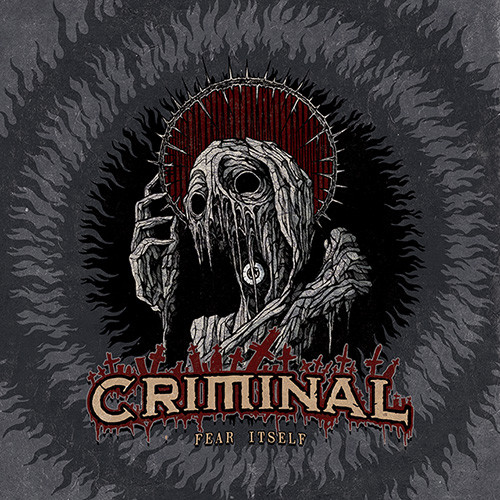 On March 11, 2016, Metal Blade Records will release Fear Itself, the eighth studio album by the band Criminal and the group’s first full-length since 2011. One electrifying song from Fear Itself (“Down Driven”) debuted near the end of last month, and now we bring you another one: “Shock Doctrine“.

The new album is the latest chapter in a story that began in about 1991, when Chilean guitarist/vocalist Anton Reisenegger founded the band in Santiago after the break-up of the Chilean death metal band Pentagram. After achieving considerable success during the ’90s, Reisenegger reconstituted the band following his move to the UK in 2001, and continued to release albums (including two on Metal Blade in 2004 and 2005). 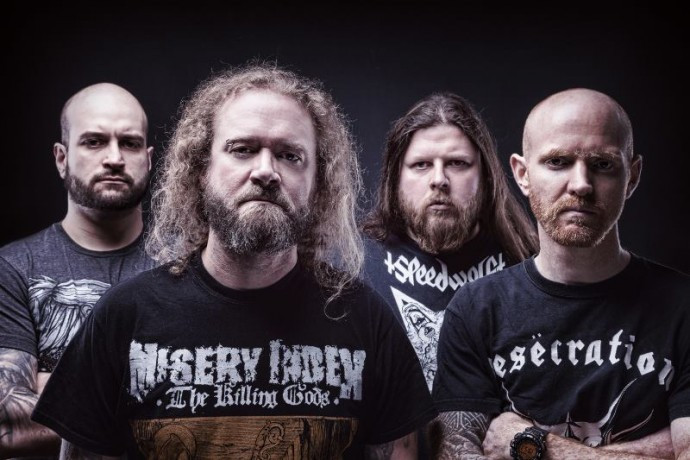 In addition to marking Criminal‘s return to Metal Blade, the new album also marks the appearance of new guitarist Sergio Klein, who Reisenegger credits with helping influence the attack manifested on Fear Itself:

“Everyone who’s heard the new album agrees that it is our most pissed-off sounding record to date. We didn’t try to make it more brutal, but that’s the way it came out. We just let the metal flow. I think having Sergio in the band has something to do with it, because, as a long time fan of the band, he told us when certain things seemed unnecessary. In fact, all but one of the songs are under four minutes long. Straight to the point, quick and painful.

“In terms of style, we didn’t really plan anything, we just wrote the riffs that came to our minds. So there’s a bit of thrash, hardcore and death metal, but also some classic heavy metal. All the stuff that we love put through a blender. And the end result sounds like Criminal. It’s hard to define, but I think a long time ago we created our own sound, and every new album ends up sounding like that.”

“Shock Doctrine” is a prime example of the band’s fusion of thrash, hardcore, and death metal, and the no-bullshit approach the band followed in recording the music. It’s a mix of grim, brute-force steamrolling and galvanizing thrash savagery, with a massive sound. The riffs hit like live, high-voltage electrodes impaled straight into the brain, and the bass and drum fusillades are spine-shaking. Reisenegger’s gritty, untamed snarl is full of fire and fury, and Klein‘s solo delivers the shred in scintillating fashion.

If you like what you hear — and you damned well should — you can pre-order a copy of Fear Itself at this location:

And if you missed the premiere of “Down Driven”, we’re including a stream of that song as well. Now prepare for a lesson in shock doctrine:

One Response to “AN NCS PREMIERE: CRIMINAL — “SHOCK DOCTRINE””