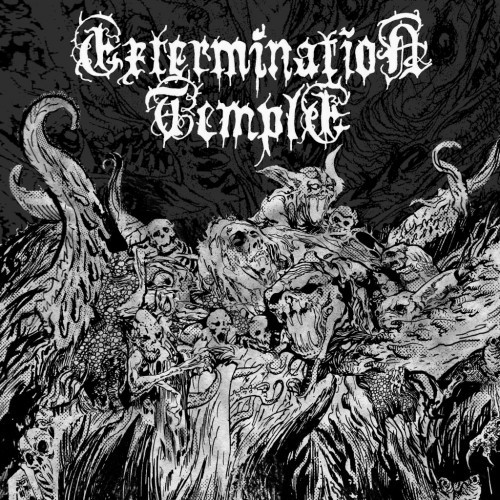 Are you sitting down? If you’re not sitting down, you should probably sit down. In a big heavy chair that’s hard for you to turn over. Maybe get someone to tie you to the chair, strap on a neck brace, and put a rawhide dog toy between your teeth so you don’t bite your tongue off. Okay, I might be exaggerating a little bit, but since I know what’s coming, I thought it might be better to be safe than sorry.

The name of the song we’re premiering is “Physical Torture” and it’s the lead-off track from Lifeless Forms, a four-song 7″ EP recorded by a one-man Swedish band named Extermination Temple. The EP will be released on March 4 by Apocalyptic Visions, which is not only the name of the label but also a decent description of what you’ll have when you listen to this. 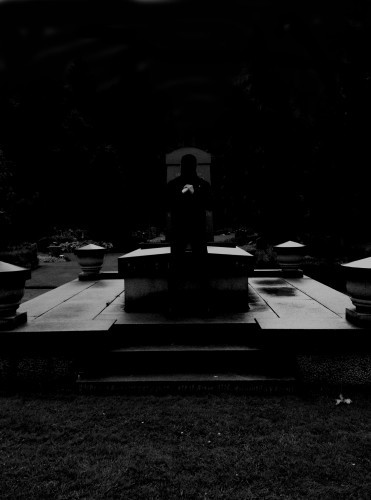 If you’re familiar with the band’s 2014 demo (on Bandcamp here), you’ll already have a sense of what you’re in for. Conversely, if you like the song you’re about to hear, you should check out the demo. Having said that, although Extermination Temple makes use of some of the same weapons and strategies in the creation of “Physical Torture”, this song seems even more sonically powerful, cataclysmically destructive, and disturbingly unhinged than what happened on the demo.

The massive rumbling riffs sound like enormous excavation machines if they could move at the speed of a Harley on the open road. Maybe something like this. Or this. The guitar leads move from moans to shrieks, with whammy-bar solos swooping and diving like fire-bombers. The pacing changes, accelerating into thrashing assaults with deep, drilling riffs and then dropping back into that huge, pile-driving rumble. And the vocals? Utterly deranged. A menagerie of agonized howls and skin-splitting shrieks that sound exactly like someone undergoing… physical torture.

The music generates an atmosphere of gruesome horror, but man, this song is filthy and twisted in the best way, and catchy as hell. Kind of like old-school Swedish death metal going through a psychotic break. Killer stuff — and there’s more where this came from on Lifeless Forms.

Lifeless Forms will be pressed on red vinyl, adorned by cover art created by Dwid Hellion of the almighty Integrity. It’s available for pre-order through Apocalyptic Visions here: