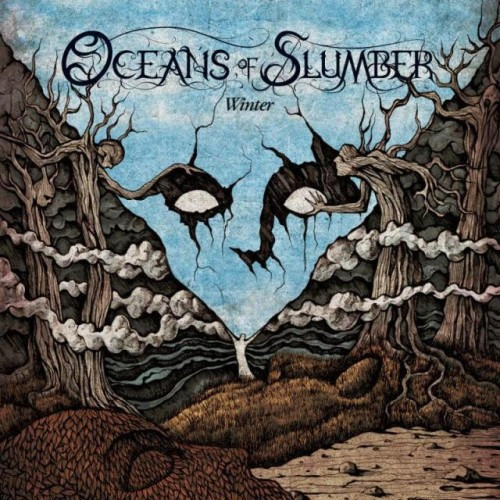 Ahem, now that we’ve got that out of the way, let me just say that I’ve honestly fallen in love with this album after being introduced to it by the Angry Metal Guy himself a few weeks back. And whilst it’s not 100% perfect, there’s definitely something special, and truly unique, about Winter.

Rather than racing out of the gate and grabbing you by the throat, the album opts instead for a sublime slow-burn, beginning with the sombre, slowly unfurling strains of its title-track whose gleaming fretwork and subtle, progressive drumming provide a languid canvas upon which the utterly astounding and captivating vocals of Cammie Gilbert take centre stage.

It’s several minutes before the band unveil their heavier side, dropping into a sonorous, distortion-soaked groove, layered with scintillating, shamelessly progressive lead guitar work and gorgeous atmospheric touches and interspersed with some impressively gruff, pseudo-melodic vocals and rough-hewn growls, which play off against Gilbert’s silken tones perfectly, as the song builds to a stunningly powerful, Prog-Death denouement.

It’s quite unlike anything else I’ve heard in some time, and provides a perfect example of the album’s distinctive blend of proggy intricacy and metallic intensity. 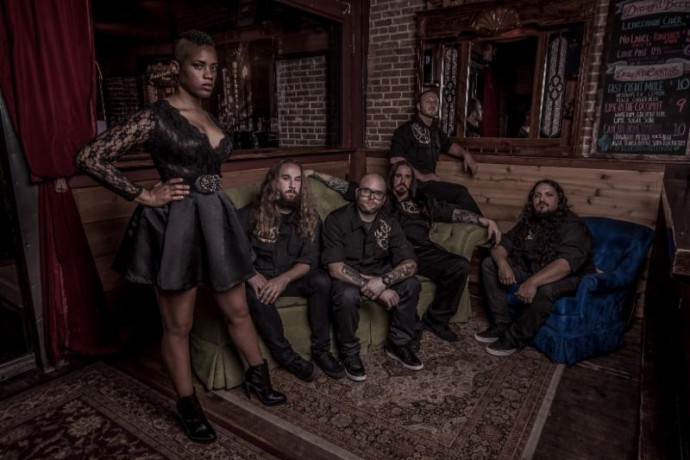 Now, if one were to focus solely on the astonishingly emotive and majestic vocals of frontwoman Cammie Gilbert (here making her feature-length debut with the band) one might come to the conclusion that Oceans of Slumber are a little more on the “mainstream” side of things than our usual fare here at NCS. And yet to do so would be to do the band a major disservice, for as utterly remarkable (and potentially mass-marketable) as Gilbert’s amazing voice is, her performance is just one facet of what makes this album such a fantastic and intriguing listening experience.

Not only are each of the band’s members stupendously talented musicians in their own right, but their overall ability to construct a brace of captivating, emotionally cathartic songs under the nebulous “Prog-Metal” umbrella is practically second to none.

Just take a quick look at the bands the group chose to cover on last year’s Blue EP (which also served as Gilbert’s introduction to the band). Candlemass, Led Zeppelin, Emperor, Pink Floyd… while influences and elements from all these artists make up the base DNA of the group (along with a hefty dose of deathly extremity courtesy of drummer Dobber Beverly, also of grindlords Insect Warfare), they’re intertwined and intermingled here in such a way as to make the resultant creation seem both utterly effortless and endlessly rewarding.

Tracks like the darkly haunting “Devout” – with its complex yet compelling mix of doomy melody and scathing extremity – and the winding, blast-injected Prog-Death maelstrom of “Apopologue”, provide a perfect showcase for the band’s heavier side, with the former reminding me ever so slightly of the inimitable Borknagar, and the latter seemingly taking a page from the Becoming The Archetype playbook with its rumbling, churning riff work and twisting, shape-shifting song-structure.

On the flip-side of the coin however, songs such as the hooky “Suffer the Last Bridge” or the melancholy, doom-tinged “Sunlight” have the potential to be huge, cross-over hits, despite the fact that each one subtly disguises a wealth of complex, proggy touches and impressively metallic moments beneath its moody melodic sheen and soaring vocal harmonies.

This potential for mainstream success really comes to a head during the Delta Blues balladry of “Turpentine”, which possesses the sort of Classic Rock, radio-friendly vibe of Pink Floyd, or even Metallica at their most mainstream friendly, without sacrificing subtlety or nuance in the process. Doubtless it will be a step too far for some of our readers, but in terms of pure songwriting and heartfelt delivery it really is hard to top.

Perhaps the album’s only failing (or, if not a failing, then at least a slight misstep) can be found in the way it structures its track list, where some of the decisions the band have made in regards to the running order and numbering of tracks ultimately leads to a bit of an uneven overall flow.

For example, having the band’s cover of “Nights In White Satin” as the third track definitely strikes me as an odd choice, as it leads to a situation where the album hasn’t quite had time to establish its own identity before the band peels off on a questionable tangent (though, in their defense, the group do put their own distinctive spin on the song, particularly during the progtastic extravagance of its second half).

Similarly the plethora of “interlude” tracks (“Nights…” is followed immediately by the sub-2-minute “Lullaby” and “Laid to Rest”, for example) makes the album feel a tad muddled at times, with the more fully-realised tracks surrounded by what seem like the ghostly remnants of songs that never had a chance to grow up.

That’s not to say they’re all bad, however, as “How Tall The Trees”, by way of contrast, supplies perhaps the ideal amount of scene-setting mood and atmosphere to lead into progtastic penultimate track “…This Road”, which begins with Gilbert weaving her enigmatic magic over a backdrop of sombre piano and solemn orchestral flourishes (courtesy of the band’s synth player Uaeb Yelsaeb), building slowly into a blending of subtly heavy yet restrained riffage and truly anthemic, vocal/lead guitar interplay that practically shines with unrestrained melodic magnetism.

Despite the few minor issues I’ve pointed out with this album, I wouldn’t be shocked to find it making a surprise appearance on a number of lists come year’s end — it really is that good.

So if you’ve got a hankering for something a little bit outside your usual tastes, something that’s not only unafraid to be gloriously melodic but in fact revels in that fact, whilst also being confident enough to push the boat out when it comes to injecting some brooding heaviness or proggy complexity into the mix whenever it feels like it, then you might just want to give Winter a shot.

After all, what have you got to lose?

Winter will be released on March 4 by Century Media and is available for pre-order on iTunes, Amazon, and Google Play, or from CM here.

4 Responses to “OCEANS OF SLUMBER: “WINTER””