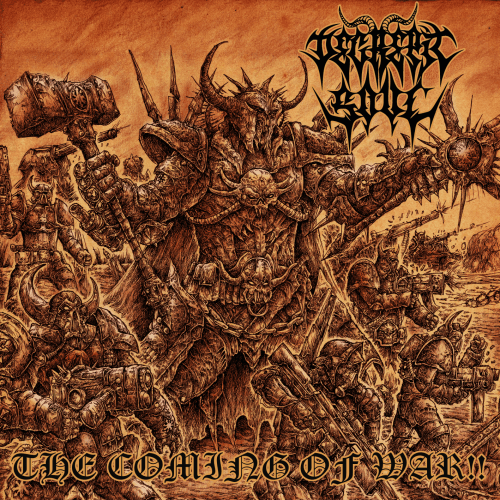 Australia’s Decrepit Soul could hardly have chosen a better title for their new album than The Coming of War!!. As the successor to last year’s debut full-length Uncreated and Eternal, it is even more barbarous and warlike — and you will discover that for yourselves through our premiere of a new song with the equally well-chosen title of “Storm of Steel“.

On this new record, scheduled for release by Iron Bonehead on March 18, vocalist/guitarist Kakorot is joined for the first time by drummer Marcus Hellcunt (Vomitor, ex-Bestial Warlust and Gospel of the Horns), and together they make a powerful two-man death-dealing machine. 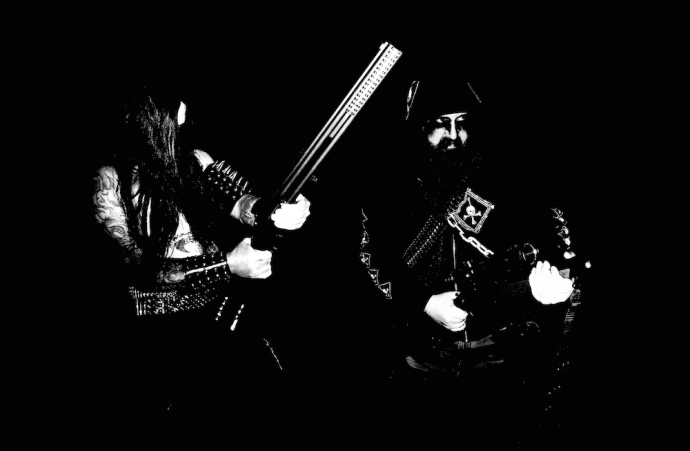 The eerie, gloomy, reverberating notes that begin “Storm of Steel” and the mammoth, staggering finale to the song (pierced by the sounds of machine-gun fire and explosive detonations) are signs of the band’s commitment to creating an atmosphere of dread and death. And in between, all hell breaks loose.

With a martial drumbeat and the thunder of ominous chords, the band signal their assault, which erupts in a feeding frenzy of deep, grinding riffs, blasting percussion, and high, hoarse howls. There’s something cold and merciless about the song’s raging intensity, but this hybrid of black/death ferocity is also undeniably electric — powerfully produced and gripping in its immediacy.

And how about that killer cover art? The imagery is as good a match for the music as the  album and song titles.

The Coming of War!! will be released on March 18 by Iron Bonehead on both LP and CD formats.

5 Responses to “AN NCS PREMIERE: DECREPIT SOUL — “STORM OF STEEL””