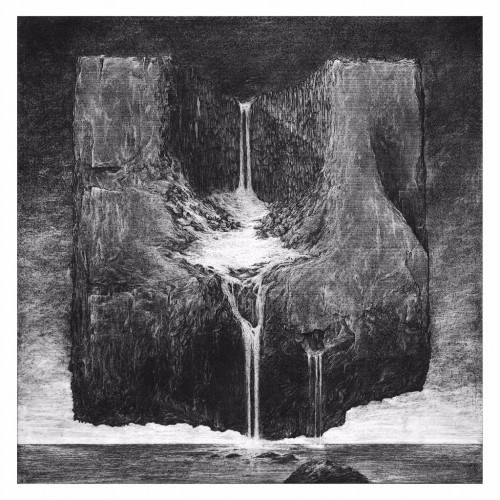 The new album Unortheta by the Icelandic band Zhrine has made me very happy, for at least three reasons. First, now I know what happened to Gone Postal. Second, now I have another way to launch my mind into the frigid void of space without using intoxicants that will leave me retching in the morning. Third, they have spread across that mystical void an array of spectral terrors and brilliant spectacles that are as mesmerizing as they are harrowing.

When I first encountered Gone Postal back in 2012, via a 2011 demo that followed their 2008 debut album (In the Depths of Despair), I wondered whether the name they had chosen for themselves really suited the music — which was shot through with ripping/roaring tremolo guitars, vicious rhythms, and an air of bleak dissonance. The vocal style flexed between harsh growls and eviscerating shrieks. The production was as raw as a fresh wound. Yet as cacophonous as the music often was, strange melodies rang out through the tidal wash of bile, lending the music a kind of sick fascination. The name “Gone Postal” captured the derangement of the sound, yet even by then the name had a kind of archaic ring to it. 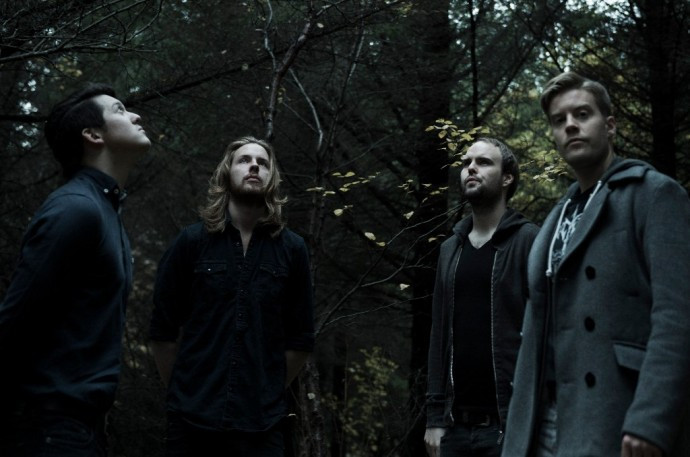 Thanks to writer Gemma Alexander, we learned more about Gone Postal, through her interview of the band during the 2012 Iceland Airwaves festival and her report on the 2014 edition of the Eistnaflug festival, at which Gone Postal performed. At that time, she reported that the band intended to change their name to Unortheta (which was the name they gave a demo they released in 2012).

Instead, they changed their name to Shrine — but that was short-lived, and now they have settled on Zhrine. The band continue to share a member (guitarist Nökkvi Gylfason) with the amazing Svartidauði; cross-pollination seems to be pervasive in Icelandic metal bands. And along with the metamorphosis in this band’s name, so too has their music morphed — into something strange and wonderful. Consider, for example, the song we are privileged to premiere for you today from the new album that bears the same name as that 2012 demo — “Utopian Warfare“.

The song’s prelude is mystical, or perhaps cosmological. The slow, reverberating guitar notes, ambient shimmer, and gurgling bass tones easily spawn mental images of spectacular galaxies glowing in the void. The spell is broken, but only partially, when the starburst riffs, catapulting drums, and hoarse howls arrive. The music eventually becomes tumultuous, but without abandoning the gleaming melodic sensibility of the song’s beginning. The vibrating guitar melody is alien but sublime, the bass thrums in the bones, the drums quicken the pulse. It’s a stately and sad song, and it’s a powerful piece of spellcasting.

And so is the entire album. It will be released by Season of Mist on April 8, with cover art by the wonderfully talented Zbigniew M. Bielak (Watain, Behemoth, Gorguts, Ghost). It can be pre-ordered HERE.

Two other tracks from the album have premiered previously — “Empire” and “Spewing Gloom” — and we’re including those below, in addition to our launch of “Utopian Warfare”.