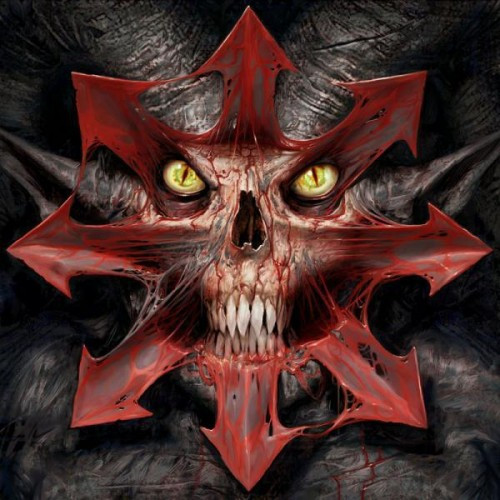 We’re about to bring you a blast from the past that’s now very much a part of the present.

Thanatopsis are originally from Oakland, CA, where the four founding members, Chris Stolle, Dave Couch, John Bishop, and Thom Hall got together in 1992 under the name Existence. Shortly thereafter, the band changed their name to Thanatopsis, after the poem by William Cullen Bryant, which translates to Meditation upon Death.

Between 1993 and 1997, the band released four demos and played some high-profile shows in the Bay Area, gaining a reputation for their distinctive approach to death metal. However, the group officially disbanded in 1997. There was a brief reunion in 2004 when the band played one show with death metal brethren Deeds of Flesh and Vile, and one show with Agent Steel, but beyond those two successful shows, the reunion was short-lived.

In 2010, a compilation disc was released under the name The Chaotic Order, which included all of the demos recorded by the band’s founding members. That brought some renewed attention to the band, as well as some accessibility to songs that had only existed before in analog form — but Thanatopsis itself remained dormant.

However, in 2015 the four founding members of Thanatopsis decided to revive the band and to collaborate on new material, with a commitment to taking the listener back to the sound of the band as it was in its prime.

We’re proud to present the first fruits of those labors — a lyric video for the first new Thanatopsis song in nearly 20 years: “Your Demise”.

This new song definitely has a strong and very tasty old-school flavor. It’s a sinister, high-octane death metal rush right out of the gate, but the song really reaches escape velocity at about the 2:00 mark when guitarist David Couch launches a jaw-dropping guitar solo over a memorable melody.

I hope you like this new track as much as I do — it’s a welcome return, and hopefully just an appetizer for a full course to be served down the road.

4 Responses to “AN NCS VIDEO PREMIERE: THANATOPSIS — “YOUR DEMISE””