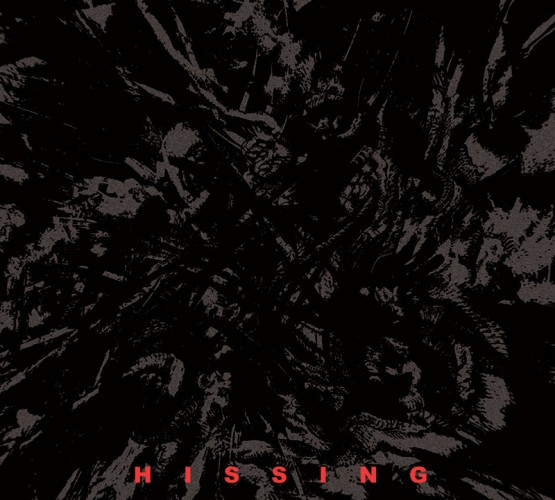 I’ve been meaning to write about the 2015 self-titled EP by Seattle’s Hissing for a long time, but now that it’s being re-issued in CD format by Jeff Wilson’s Disorder Recordings today, I’ve been given a second chance to make amends for my past failings — and the band have a couple of noteworthy tours beginning this week that I’d like to spread the word about as well (they’re playing in Seattle this very night along with Lycus, Un, and Eye of Nix).

As noted, Hissing are based here in Seattle, and this EP was their debut release. There’s not one moment of reassurance in its roughly 20-minute run-time, not even in the minute of silence that begins the “Outro” track, when you’re left to stew in your own juices before being surrounded by what sounds like some kind of ghastly industrial assembly line backed by the sound of altered strings. 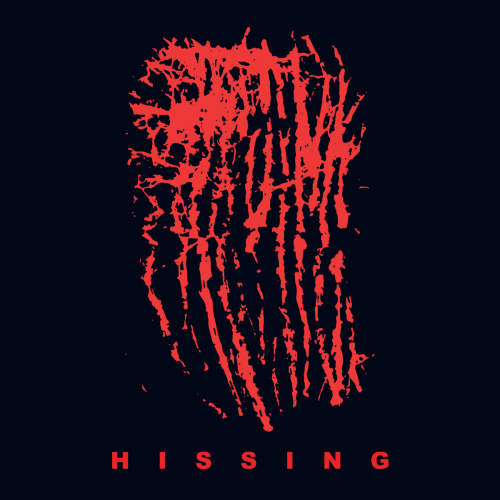 Everything is coated in a thick layer of spiky fuzz, with the murk of distortion amplifying the music’s abrasive, disturbing aura. The vocals push the music’s atmosphere even further into a realm where everything seems to be falling apart, with the horrific howls and vitriolic shrieks conveying either extreme agony or murderous rage, or both.

When the band are careening ahead at full speed, you might imagine spinning cyclones of dissonant riffs, or tank-like charges of mechanistic fury, or the serious business of some awful machine slashing and slicing through packed ranks of defenseless humanity — and then relenting long enough to methodically pound the remains into paste before accelerating into another chaotic surge.

This back-and-forth between warlike black/death assaults and staggering doom dirges is the template for all the songs. It’s a grim, ugly business, but it’s a dynamic that works well for Hissing. And lurking with this heartless maelstrom there’s also some surprisingly intricate and inventive guitar work going on.

It will be interesting to see what these monsters turn out next. In the meantime I’m happy to let this EP continue to batter me senseless.

Hissing was recorded by Ryan Schutte in Seattle, and was mixed and mastered by Ryan and the band. CD and digital versions of the EP are available directly from the band and label via the links below.

I understand that Hissing will also be releasing a 7″ this year, along with several other releases. Here’s a stream of the EP:

As mentioned at the outset, Hissing have two tours that begin this week — one with Seattle’s Un (who are themselves a fantastic band) and one with Sunn O))). The fliers and dates are below: 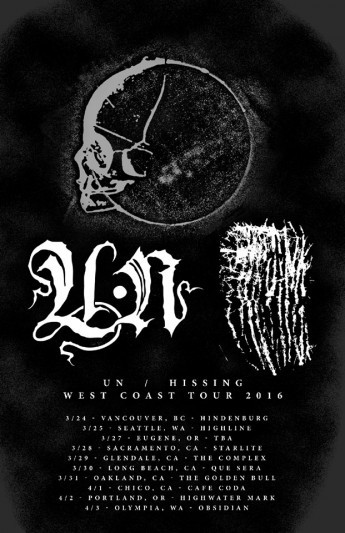 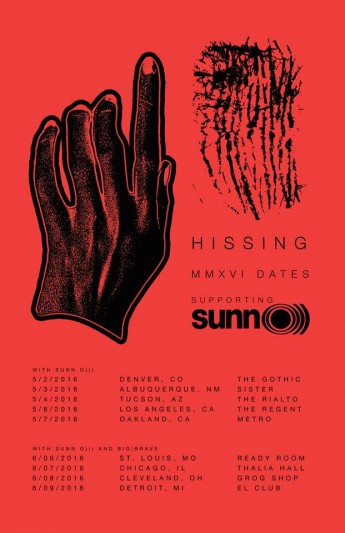