Asunder made their home in Northern California’s Bay Area, with a line-up that included drummer/vocalist Dino Sommese (Noothgrush) and guitarist/vocalist John Gossard (Dispirit, ex-Weakling). Between 2000 and 2009, when the group disbanded, they released splits with Like Flies on Flesh and Graves At Sea, as well as two highly regarded albums — A Clarion Call (2004) and Works Will Come Undone (2006). The former included four tracks, each of them in the 12 – 15-minute range, and the latter consisted of two tracks totaling 73 minutes.

I discovered the band’s music only after they had ceased to exist. Of the two albums, my favorite is Clarion Call. It’s a wrenching, devastatingly powerful doom/death album, both titanically crushing and heart-achingly beautiful. The pacing is generally slow (though it’s still rhythmically dynamic), and the vocals are divided between a voracious, agonizing, bestial growl and clean, melodic, quasi-chanting. Despite the songs’ significant lengths and deliberate pacing, they are so well-written that they hold the attention all the way through — or at least until you get to the last track. 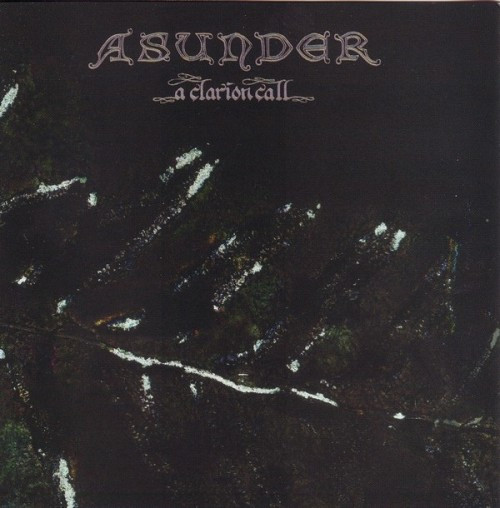 Make no mistake, the music will drag you down like a necklace of anchor chains, but it’s also fascinating, with more twists and turns than you might be expecting — capable of caving in your skull one minute and putting you into a narcotic trance the next. Great riffs, great dismal guitar leads, a powerhouse rhythm section, and a bit of cello here and there. I’ll go out on a limb and say that few albums in the realms of funeral doom/death (at least that I’ve heard) have equalled it in the 12 years since its release.

The last track, by the way, is a bit of a letdown. When you’re hungering for one more monolithic experience akin to the first three, instead you get a stretch of silence followed by cold, ambient drone and the mechanical pulse of something like a piston.

3 Responses to “THE REARVIEW MIRROR (ASUNDER)”