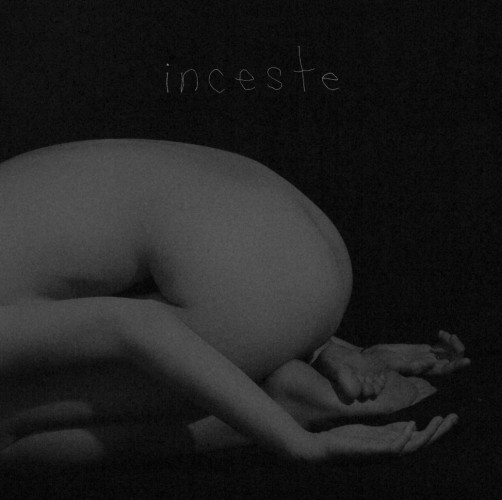 (Austin Weber reviews the new EP by NY’s Imperial Triumphant — who just released another new song from the EP.)

Watching Imperial Triumphant grow and morph in so many odd directions over the years has been pretty interesting. I first started covering these guys back in 2012 when Abominamentvm dropped, and even then I correctly foresaw them as being a group focused on deconstructing black metal into an otherworldly force of disturbing imagination and horror. True to form, they’ve really been giving it their all ever since then. First there was the two-song crushing blow of Goliath in 2013. Then came another phenomenal full-length just last year called Abyssal Gods. I’m still reeling from the experience that record delivered, yet the band is already back with a four-song EP named Inceste that comes out pretty soon — on April 15th.

After a release as batshit crazy and eclectic as Abyssal Gods, I was excited to hear what new realms of misery they cooked up this time. And damn, Inceste does not disappoint at all. It traps and delivers all their many forms of sonic tinkering and dissonant filth, with a healthy round of guests aiding in their eerie quest to musically hit rock bottom and become purely chaotic noise. At least this time they were kind enough to brace us for the coming storm with “Libertine” as a subdued opener. But as soon as track two, “Kaleidescopic Orgies”, unfurls its queasy, almost Gorguts-like off-kilter opening rhythm, and then seesaws between dark swirling chaos and surreal sensory overload, you know this ride will be just as wild as any the band have given us before. If there is one sensation that comes to mind when I sit through this, nausea would be it. Imperial Triumphant continue to deliver frantic odes to death that never rest and endlessly rage into fits of madness.

After the dense offering of brain scrambling insanity on “Kaleidoscopic Orgies” comes the desolate plains of “Oblivion In Morsels”. The song starts in a film-score-type soundscape of eerie emptiness, then the instrumentation picks up steam and the band furiously move forward toward a choir of sung chants and abominable growls. Altogether, the song builds and churns toward an apocalyptic death rather than cutting you to pieces with their usual schizoid back-and -forth assault. Although, if this is the band at their most “conventionally” structured, it’s still quite loose and unusual, and far from anything resembling most black metal — which is a big part of why I’ve always loved Imperial Triumphant, because the music is always more interesting than garden-variety black metal.

Finally, Inceste comes to a close on “Breath Of Innocence”, a song I made sure to write about recently here at NCS if you’d like to read a more in-depth analysis of the song.  But needless to say, by the end of its brief runtime, Inceste not only delivers on par with the band’s quite high-quality previous material, but even succeeds in subtly tweaking and incorporating more ideas and variety into their ever-evolving sound.

As I said last year, I felt like a lot of people were fucking up by not putting Abyssal Gods on their year-end lists. Well, dammit, I’m going to be saying the same thing this year because Inceste absolutely annihilates the vast majority of their black metal peers’ efforts in my opinion. Get grim with it.