Debemur Morti Productions have discovered yet another gem amidst the great piles of detritus that litter the metal scene. This time the band is a young French group named Au Champ Des Morts. ACDM was founded in 2014 by Stefan Bayle (Anorexia Nervosa) and Migreich (VULV). DMP will introduce them to discerning listeners through the release of a debut, two-track 7″ EP entitled Le Jour Se Léve and will follow that later this year with the band’s first album. What we have for you today is a stream of the EP’s title track.

The song is not confined by rigid genre boundaries, though black metal beats at its heart. At the start, the music crashes like waves driven by a storm surge, with a moving blast-front of intensely emotional melody pierced by savage vocal cries. After that initial gale of ripping guitars and pulsing rhythms, the force subsides, replaced by ethereal guitar notes and the ambient shimmer of keyboards. 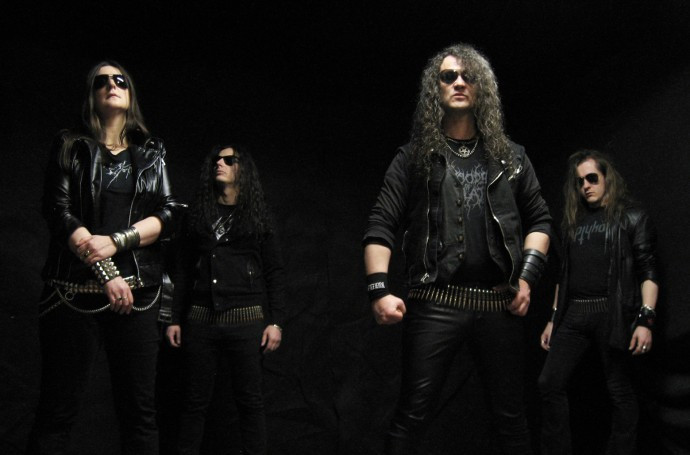 Bass on the EP was performed by Cecile G., with drums by Wilhelm. The cover art, design, and layout were created by Dehn Sora.

Le Jour Se Léve will be released on June 24 and can be pre-ordered on vinyl HERE or as a digital download at Bandcamp: