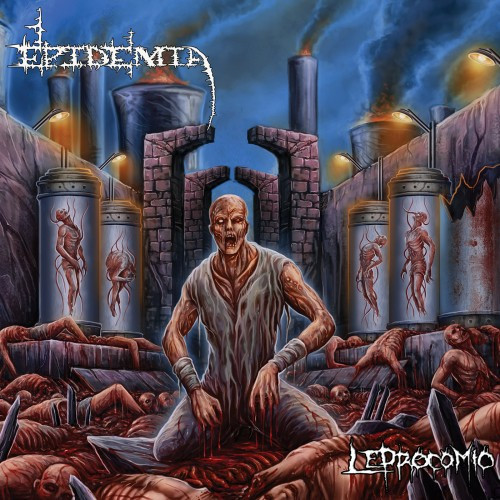 Although South America has been home to some of the world’s best death metal and thrash bands going back to the 1980s, the high country of Ecuador is less well-known as a spawning ground for metal extremity than some of the other nations on the continent. Yet Ecuador is home to Epidemia, a band who proudly carry on the tradition of adrenaline-fueled savagery launched by such groups as Sarcófago, Sepultura, and Sadism. Their forthcoming second album, Leprocomio, follows the first one by a decade, but this is certainly a case of better-late-than-never — as you’ll discover through our stream of the album’s second track, “Retribución Homicida“.

Every now and then, as a public service, I warn people to sit down before listening to some of the music we stream on this site — unless you actually feel like getting knocked on your ass. This is one of those times. You do get a bit of warning from the song itself: The opening snare fusillades and that meat-grinding riff that goes along with it send up the red flag, but it still probably won’t prepare you for the absolute decimation to come. 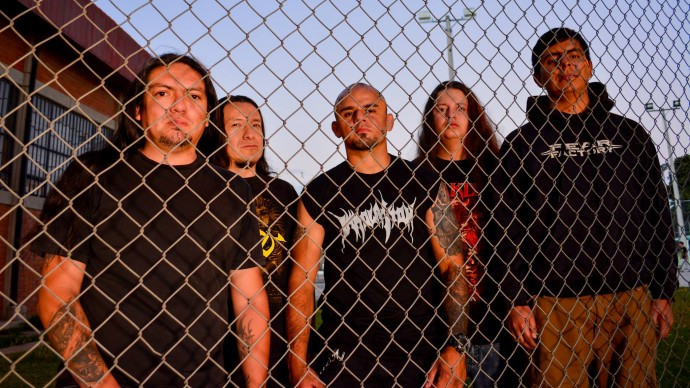 The song is a combination of brutal, grisly riffing, deep moaning chords, and thunderous grooves capable of punching holes in concrete. You also get more of those jet-fueled snare attacks (along with gut-punching double-kicks), plus a truly monstrous vocal performance (and the vocalist is capable of barking his ferocious growls as fast as the band is attacking your head). The song is utterly murderous and merciless, but it also displays appealing dynamism, twisting and turning, slowing and speeding up, grinding and clobbering — just to make sure that the band have done a thorough job of mangling the listener before they stop. Killer stuff.

Leprocomio will be released on May 15, 2016, by Satanath Records. You can pre-order the album on CD via the Bandcamp link below — and on the release date (but not before), you’ll be able to download a digital copy of the album for free at the same location.

P.S. Two days ago a magnitude 7.8 earthquake struck the northwest coast of Ecuador. At this writing the death toll stands at 413, with 2,500 people injured. Hundreds of buildings and homes have been reduced to rubble, major highways have been buckled, the devastation has been immense. As we enjoy the fine music of this Ecuadorian band, our thoughts are also with those Ecuadorians who have lost friends and loved ones in this tragedy.