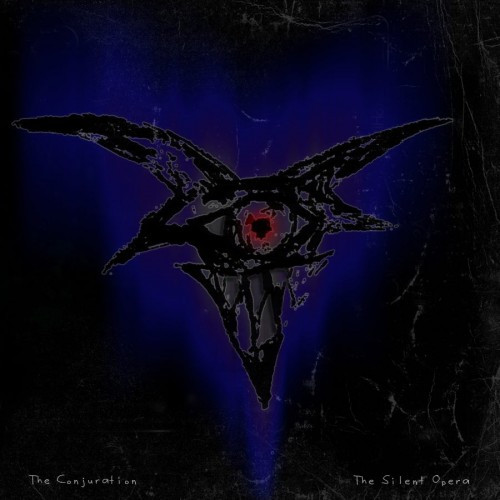 We bring you the premiere of a new song by The Conjuration, a premiere that we are especially excited to bring you because it includes vocals by a member of the NCS family (more about that later).

For those new to the name, The Conjuration is the genre-bending (and mind-bending) one-man project of Corey Jason from Danville, Virginia. When last we posted about this project, it was Austin Weber’s review (here) of The Conjuration’s last album, 2014’s Surreal, which he described as music that “bends the limits of death metal… pushing it down creepy, wailing, mumbling, singing stairs to hell, and then pulling it back up with proggy keys and synths—only to have it crumble again under the weight of the gleefully insane death metal at the heart” of the album.”

This new song is named “Whore” and it will appear on The Conjuration’s next album, The Silent Opera, which is still a work in progress. The pulsing chords and hammering drums at the song’s beginning pave the way for a brain-scrambling sequence of unpredictable, dissonant arpeggios, twisted riffs, piano meanderings backed by soft strings, shrieking solos, sharply veering tempo changes, jolting grooves, nimble picking, larynx-shredding vocal derangement — and a dreamlike acoustic guitar outro.

The music is so exuberant, creative, and restless that it can’t help but keep listeners off-balance. There’s definitely a core of death metal malignance in this kaleidoscopic mayhem, but the constantly shifting superstructures erected on that foundation seem almost boundless. This isn’t the kind of music you can fully appreciate or understand on the first listen, but it is the kind of fascinating creation that I think will make you want to go back to the beginning and take the ride again (and again).

A I mentioned at the outset, the song includes a guest vocal appearance by one of our own — the same Austin Weber who first introduced our readers to The Conjuration. You can hear his vocal madness at 4:16-4:42 and again at 5:35-6:05.

The Silent Opera is projected for release in September 2016. Another album track, “Godless“, was released about four months ago, and I’m including that one below our premiere of “Whore” — and to pre-order the album, go to Bandcamp via the first link below:

3 Responses to “AN NCS PREMIERE: THE CONJURATION — “WHORE””