In the band’s own words, “The Ayin of Creation and Destruction Forces crowned this effort, and the necromantical vision took form in 2010 only for this release.The band split up immediately, as we felt that this was our only goal from the beginning. A unique release serving that period of wondering & isolation….” 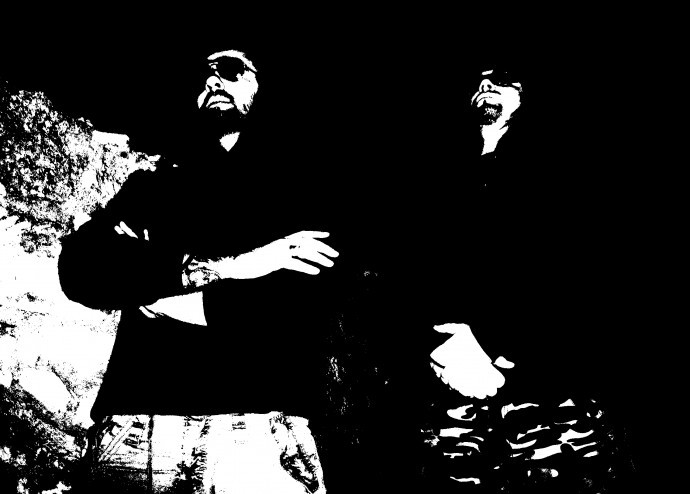 The A-side track was publicly revealed in April, and I attempted to describe it then along with the second song, which I had been fortunate to hear in advance of its release. Both of them combine elements of death metal and black metal with great success.

“Sitra Ahra” meshes together deep, jagged, earth-trembling chords, sinister tremolo vibrations, and lead melodies that are unearthly and draconic. The music is at times a swarming tornado of violence, and at other times an ominous march, and the vocal expressions of Acherontas V. Priest are even more varied, ranging from infernal whispers to inflamed howls of passion.

The introduction of the B-side song “Serpent’s Divinity” immediately establishes a supernatural atmosphere, but the music soon grows in power, driven by a riveting drum progression and a deep, grinding/swirling riff. The song again displays a lot of dynamism, sometimes groaning like anchor chains of doom dragging across a cavern floor, at other times jabbing like viper strikes or attacking like a threshing machine with a predatory mind of its own. And while the music is undeniably perilous and predatory in its atmosphere, there is a grim grandeur in the melodies, as befits the song’s title.

Qliphothic Rites of Death will be released on the 27th of May.