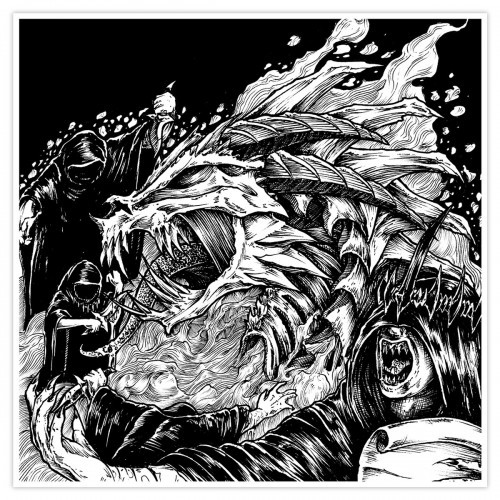 Baltimore-based Grimoire Records has been a consistent source of releases that we’ve gluttonously consumed around here like the metal pigs we are, and today we’re very happy to help Grimoire announce their most recent discharge — a 42-minute monolith of apocalyptic black metal and doom aptly entitled With Cunning Fire and Adversarial Resolve by a three-piece band from the hills of Appalachia named Athame.

But spreading the word about the announcement is not all we’re doing. We also have for you the premiere of the album’s first advance track, a song called “Five Fold Kiss“.

Athame may be a new name for most people, but the band includes members from Fortress and the now-departed Wolfnuke. To help locate the band on the map of your metal tastes, Grimoire makes references to names such as Craft, Aosoth, and Gorgoroth. But at this point the best way to get a sense of what they’ve created is to check out this new song. 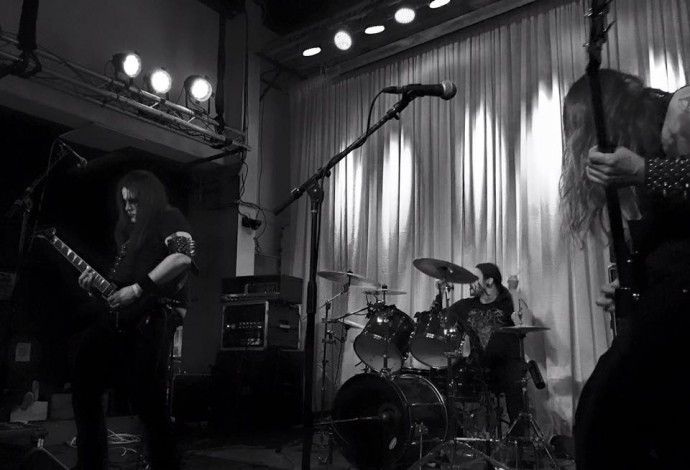 The song hits you immediately with a torrent of ripping, roaring black metal savagery — a torrent of thundering drums, pulsing bass, acid-drenched riffs, and equally sulphuric vocals. The pace eventually slows, and the atmosphere moves from incendiary to cold, dismal, and ominous. The music pounds like the driving of coffin nails, with an eerie, wraithlike solo slithering and spiraling through the thick haze of guitar noise. And then comes another napalm detonation of torrential black metal barbarity, followed by another slow, crushing, brutal stomp.

I’d have been happy if this predatory back-and-forth dynamic had continued for more minutes, but there’s obviously a lot more music waiting for us in this album… which we’re now very eager to hear.

With Cunning Fire and Adversarial Resolve was recorded in the winter of 2016 by Grimoire’s Noel Mueller, who also mixed and mastered the album. It features cover art by the talented Matt Slime. It will be released on July 8 (my birthday!) on CD and as a digital download.

To get a chance to see Athame in the flesh, they’ll be performing (along with other Grimoire bands) at this year’s second edition of Shadow Woods Metal Fest in White Hall, Maryland (Sept 15-18).