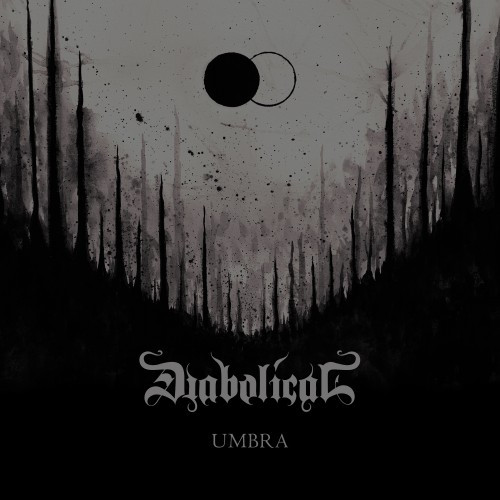 Diabolical’s new EP Umbra — which we give you the chance to hear in full today — is a multifaceted obsidian gem. Atmospherically forbidding and possessed of a grim, doomed grandeur for most of its length, Umbra is also savage — and at times wistful and meditative. It’s so well-conceived and expertly performed that it has the capacity to carry listeners away and hold them in thrall, while also triggering fierce surges of adrenaline.

Umbra also reflects changes in style since the band’s last release, the 2013 concept album Neogenesis. Gone are the symphonic arrangements and massed choral voices, yet even in the absence of these elements the music is still often shrouded in an aura of forbidding majesty — as well as implacable menace. 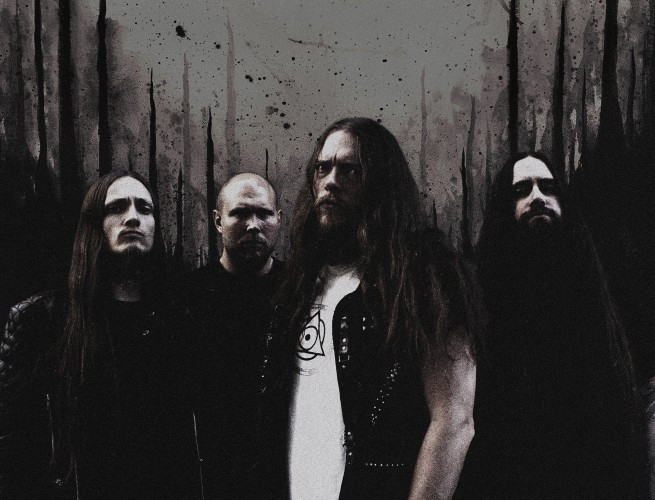 This sense of dark, malignant majesty comes through powerfully in the EP’s opening track, “Requiem“. The song is well-named, because there is also a stately, funereal air in the song’s bleak, melancholy melody, its groaning bass chords, and the slow, sinuous guitar solo that comes in the track’s back half. Yet the swarming tremolo riffs and tyrannical vocals also suggest the presence of an implacable evil.

“Diaspora” generates a thoroughly morbid atmosphere from the beginning. Alternating within the song are slow, mournful chords of doom, tremolo riffing that seethes like a nest of vipers being consumed by flames, and rapid jabbing paired with a slow, eerie guitar lead.

The third track, “Tremor” brings a surprising change of pace, intensity, and style. Nearly clean guitar notes that have a kind of Doppler effect in their reverberation give the song a dreamlike air, a feeling that grows stronger as the melody begins to glide, enhanced by a soulful guitar solo. It’s a melancholy, wistful, meditative piece that for much of its length is accompanied by excerpts from the late Jiddu Krishnamurti‘s Talks on Fear (eventually joined by clean vocals).

Diabolical close Umbra with the dynamism of “Decline“, an ominous song launched with a bleak and barbarous assault. Laced with wisps of eerie melody and including an interlude of gliding chords and sparkling guitar notes as well as a mournful solo, the song proves to be as entrancing as it is pummeling.

Though each of these songs is very strong standing alone, this really is an EP best heard all the way through, from start to finish. In my humble opinion, it’s one of Diabolical’s best releases yet.

Umbra was produced by Diabolical vocalist Sverker Widgren at Wing Studios in Stockholm. It will be released by ViciSolum Productions on July 8. To pre-order the EP on CD, go HERE or visit Bandcamp, where a digital version is also available:

3 Responses to “AN NCS PREMIERE (AND A REVIEW): DIABOLICAL — “UMBRA””