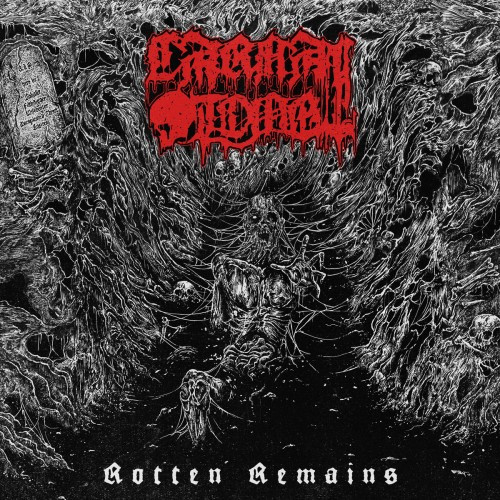 Greetings, sickos. I see that the stench of rotten, festering death has led you to our humble morgue. That fetid scent in your nostrils, which has drawn you here like an alluring perfume, emanates from the foul reanimated corpse of Carnal Tomb, and more precisely from a song named “Beneath the Coffins” that it’s our pleasure to unveil for you today. It comes from this German band’s debut album Rotten Remains, which will be spread before you like a maggot-infested banquet on July 25 by Spain’s Memento Mori label.

This full-length offering follow’s the band’s 2014 demo, Ascend, and last year’s Inevitable Decomposition EP. It includes nine tracks of monstrous death metal horror delivered with a ravenous spirit and skull-splitting power, remaining true to ancient traditions while reviving them with vibrant, unholy energy. And how about that delicious cover art? 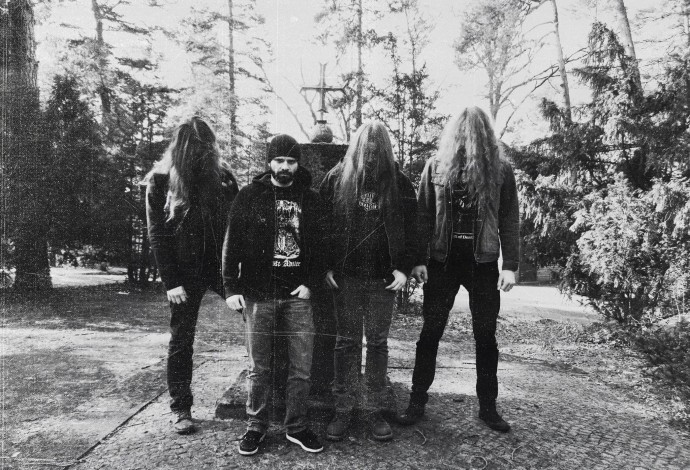 A ghastly howl and ponderous, groaning, buzzsaw chords open “Beneath the Coffins”, immediately signifying the presence of a gruesome putrescence. And then, with a big bass rumble and the shriek of feedback, the music erupts in a thunder of percussion and the blood-rush of massive grinding riffs, capped by bestial roars. Through the titanic, spine-crushing tone of the riffs and the bass, the lead guitar writhes, squirms, and seethes like a vicious wraith that has escaped the confines of its coffin. Concluding with a reprise of the lumbering golem stomp with which it began, “Beneath the Coffins” leaves its stamp on your skull in indelible fashion.

The album will be released by Memento Mori on July 25 in CD format; for more info, check the first link below. Rotten Remains can also be pre-ordered as a digital download through the Bandcamp link below. Also included below is a previously released track from the album, “Undead Dread”.

One Response to “AN NCS PREMIERE: CARNAL TOMB — “BENEATH THE COFFINS””