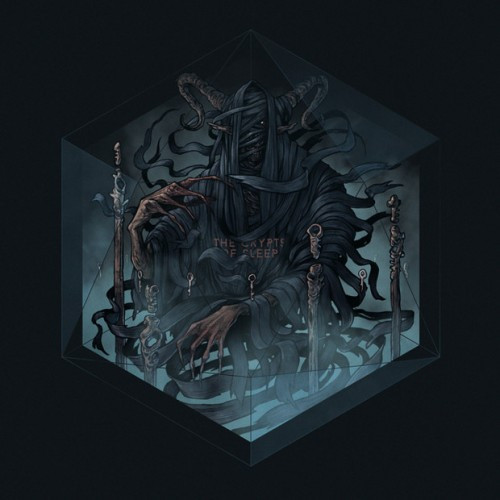 Approximately one month ago my comrade DGR spilled a lot of words at our site about a very exciting piece of news — the rising presence on the horizon of a new solo album by the phenomenal Hannes Grossmann, and the release of the first advance track from the album. Today we’re delighted to bring you the premiere of a second song with an accompanying lyric video — “Hail Satan” (that’s the name of the song, as well as our reaction to it) — and a reminder about the crowdfunding campaign that’s necessary to put the entire album in our grasping hands.

For those who may only now be discovering Hannes Grossmann, he is a Nuremberg-based writer and producer who is probably best known as a drummer for such bands as Necrophagist, Obscura, Blotted Science, Alkaloid, and Hate Eternal. In addition to being an amazing musician, he was a principal songwriter for Obscura as well as a creative force in the remarkable Alkaloid, whose debut album The Malkuth Grimoire was one of 2015’s best.

Two years ago, he released his first solo album The Radial Covenant, which was also financed through a crowdfunding campaign, and this new one is named The Crypts of Sleep.

In addition to writing the music and lyrics and performing drums on the album, Hannes was also responsible for mixing and mastering the record. The new album also features an impressive array of collaborators who contributed their talents to the realization of this new vision:

The crowdfunding campaign has a goal of 10,000 Euro, and at this writing, with 13 days left, he’s about 90% of the way home — which means help is still needed. Contributors will of course get something valuable for their support. In addition to the album itself (which will be made available as a digital download and as a CD), the perks for contributions include a t-shirt emblazoned with the very cool album art, various shirt and music combos, drum lessons over Skype, production work on a song, session drumming work for your own music, recording a cover song of your choice, and even a private live show.

For more information about the campaign and to make a contribution, go here: 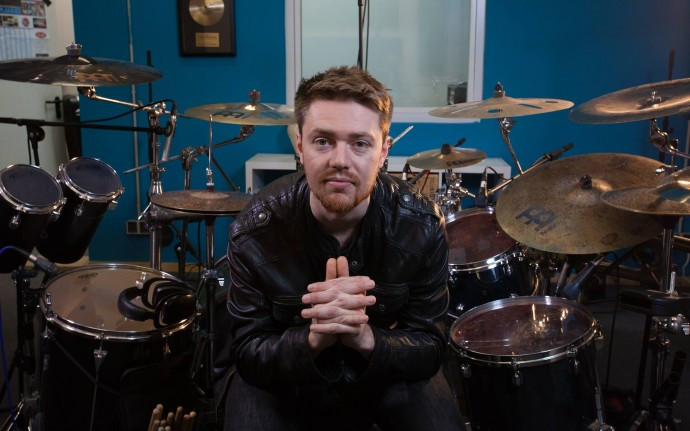 Now let’s turn to the dynamic new song you’re about to hear, which is one of 9 on the album. “Hail Satan” includes vocals by Morean, lead and rhythm guitars by Danny Tunker, bass by Linus Klausenitzer, and of course drums by Grossmann. It’s at once a murderous, malignant piece of death metal ferocity with grooves heavy enough to stave in your skull and a riveting display of technical skill and style. Danny Tunker’s extended guitar solo, in particular, is stunning.

And of course you get to repeatedly roar “Hail Satan!” along with Morean.

Enjoy “Hail Satan” via the lyric video or Soundcloud player below, and after that check out the first track released from the new album, “To Sow the Seeds of Earth”