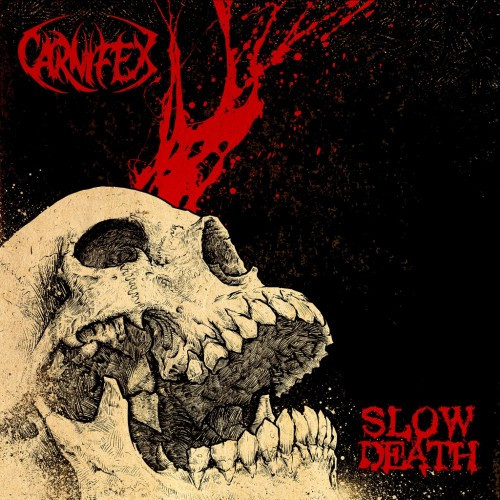 (This is Andy Synn’s review of the new album by San Diego’s Carnifex.)

Who’d have thought it, but the modern Deathcore scene is now around 15 years old. And although the dreaded “D-word” is still used as a pejorative in certain circles I find it interesting to observe just how many of the genre’s early scions have gone on to change and (d)evolve over time.

Of course there are still those (both Despised Icon and The Acacia Strain immediately spring to mind) who have stayed relatively “true” to the style’s roots despite the passing of the years, but you don’t have to look far to see that many of the scene’s A-listers have long-since strayed into other arenas (sometimes quite literally).

Heck, Job For A Cowboy pretty much abandoned Deathcore with their very first (and still very Death Metal) album, while Suicide Silence transitioned towards a much more mainstream-friendly Nu-Metal influenced sound almost as rapidly. And I suppose the less said about Whitechapel’s recent decision to jump on the $lipknot train the better…

So with all this chopping and changing going on, where does this leave stalwart misanthropes Carnifex and their sixth album Slow Death? 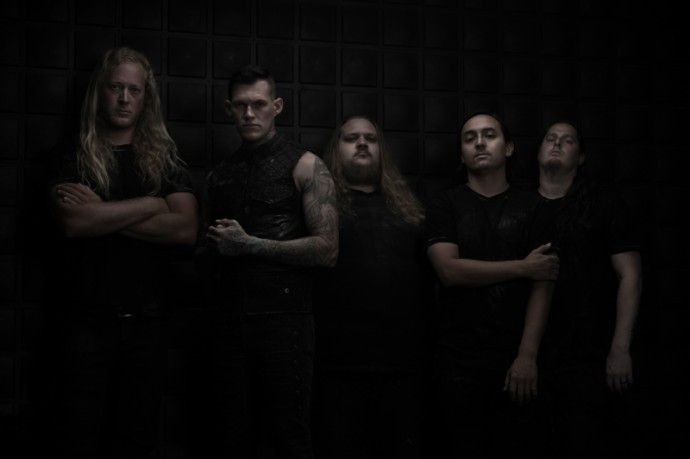 Well, for one thing, although the Californian crushers have – unlike many of their contemporaries – largely retained a lot of their initial Deathcore heft, they’ve also been on their own journey of transformation over the years, too, balancing their chuggier, chunkier proclivities with a steadily increasing miasma of blackened venom and malice, to the point where large swathes of their latest album are strongly reminiscent of Puritanical…-era Dimmu Borgir.

You might notice it most strongly in the brooding intro of infectious opener “Dark Heart Ceremony”, or the ravenously catchy tremolo hooks and Shagrath-ian snarls of the stand-out “Drown Me In Blood”… or perhaps in the propulsive riffing and haunting piano which underpins “Pale Ghost”… but Slow Death is full of moments that pay tribute to Norway’s most elegantly evil sons of the northern night.

Now it’s not as if Carnifex have suddenly transformed into an out-and-out Black Metal band by any means – there’s still more than enough chundering Deathcore chuggery and churning Death Metal on display in these tracks alone to preclude the band from going full corpse-paint – but these added flavours and embellishments do add a welcome splash of bleak colour and character to the band’s hook-filled and hate-fuelled sonic onslaught.

For all its strengths of course it still has its flaws, with a few numbers which simply don’t shine quite as brightly as the best of the album’s offerings (the title-track and the wildly uneven, though thoroughly enjoyable, “Six Feet Closer To Hell” being perhaps the main offenders in this regard), but when all the pieces fall into place, as they do on the unremittingly brutal “Black Candles Burning” or the eviscerating blast and bludgeon assault of “Necrotoxic”, Slow Death proves that there’s still life in the old Deathcore dog yet, and its teeth are still as sharp and as savage as ever.

Slow Death was released by Nuclear Blast on August 5, 2016. The record was produced and recorded by Carnifex and Mick Kenney (Anaal Nathrakh, Bleeding Through), and co-produced by Jason Suecof (Death Angel, Chelsea Grin, Job For A Cowboy). It was mixed by Mark Lewis (The Black Dahlia Murder, Whitechapel, DevilDriver, Deicide) at Audiohammer Studios in Sanford, Florida. The cover art was created by Godmachine.