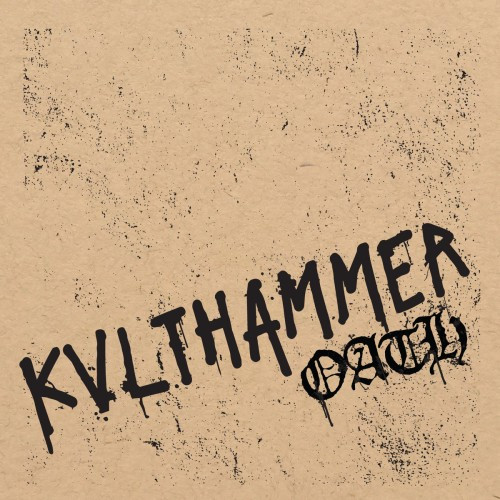 (T0dd Manning prepared this review of the new album by Indiana’s Kvlthammer.)

Extreme Metal nowadays draws from such an amazingly diverse range of influences that one would be forgiven for forgetting its essential roots in pure Rock and Roll fury, but there are always bands there to remind us of the vitality of the stripped-down approach. Indianapolis-based maniacs Kvlthammer are one such act and their latest opus Oath is a powerful statement of straight-for-the-throat Metal that any self-respecting Metalhead would do well not to pass by.

Album opener “Don’t Try” lays down the framework quite nicely with its mash-up of Motörhead and Discharge, with sprinklings of Sludge and tons of nice twin-guitar work. From there, each track touches upon so many classic elements while establishing its own niche at the same time. One might spot moments of Celtic Frost butting up against Venom and Kill’em All-era Metallica, and occasionally more current bands such as Goatwhore, Craft, and Darkthrone exert their influence as well. 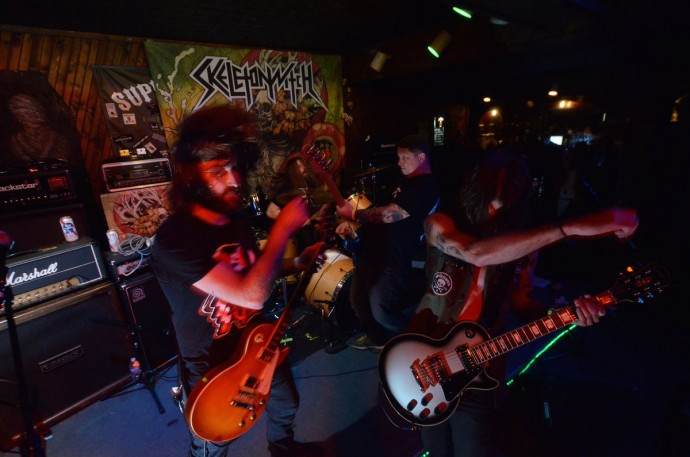 Every song on Oath is a banger, but “Hand In Death” and “Hoof of the Rift” are probably the release’s standouts. “Hand in Death” truly invokes that classic Kill’em All sound, which you rarely hear anymore, and then closes out with a nice drone-Sludge outro. “Hoof of the Rift” possesses the album’s most claustrophobic riffing but still comfortably fits it into a classic Metal framework. The bridge displays excellent rhythmic interplay between the drums and guitars, and the solos over the top of this are the most tasteful on Oath.

It’s far too easy for bands covering this territory to lapse into parody, but Kvlthammer avoids this trap. The inspiration here sounds genuine, and their convictions can’t be called into question. With various members having done time in acts such as Lair of the Minotaur, Coffinworm, Demiricous, and Suicide Note, among others, these guys know how to put their own stamp on the music. So while the inspiration of Metal’s forbearers is an important component to the Kvlthammer sound, the group maintains their own rock solid identity and has put together a release well worth diving into.

One Response to “KVLTHAMMER: “OATH””