On the Bandcamp page where this new album by Rebel Wizard is waiting for your attention like a caged animal that’s just picked the lock, you will see these genre tags: “black metal”, “thrash metal”, “heavy metal”, “nwobhm”. That list definitely isn’t overreaching — the album embraces and fluidly moves among stylistic elements of those genres, and more, without sounding like any one of them. It pulls them together and installs the union on a blazing throne, leaving us to bow down in wonder. 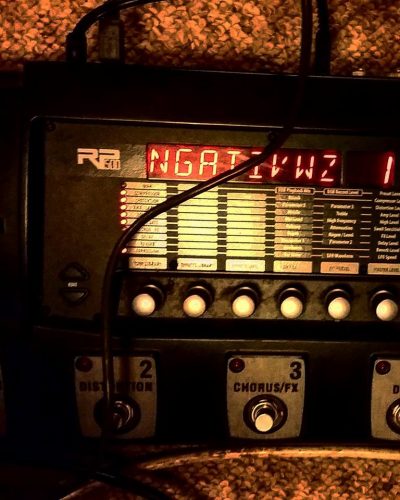 There’s one more tag on that Bandcamp page: “heavy negative wizard metal”. At times in the past, the project has also used the phrase “The New Wave of Negative Metal”. And here I want to clarify something.

This album is named Triumph of Gloom. It includes 8 tracks with titles such as “On the Unknown Self They Weep”, “Ease of Wretchedness and Wonder”, and “A Spell of Sorrow To Relieve the Curse of Triumph”. The very first song includes a sample in which the speaker insists there “is no special purpose to your life” and that “we’re nothing”. And with signposts such as those, together with the creator’s references to “negative metal”, you might be misled into thinking you’ll be brought to the outskirts of funeral doom, or perhaps guided into the catacombs of cavernous death metal, or possibly have your day darkened by DSBM. And that’s where some clarification may be needed:

This album is in fact bursting at the seams with vibrant energy. It’s an electrifying, high-intensity collection of absolutely masterful riffs and scintillating lead guitar pyrotechnics, organized into songs that are powerfully addictive from the very first listen. (Only one song breaks the mold –though it’s addictive, too — and I’ll come back to that one in a moment.) There’s not much question that a wizard was indeed behind these creations, and the album is surely a triumph.

And for all I know, negative, rebellious energies did indeed fuel Rebel Wizard’s creative process (and negative energies are manifested in certain ways that I’ll come to), but these songs will make you feel viciously happy to be alive. The creator may have felt down, but what he has created here lifts us up.

With only two exceptions, the songs are compact. They don’t overstay their welcome; in fact, when they end (some of them abruptly), you’ll probably find yourself hanging on to them and insisting that it’s not time to leave yet. There are epic, arena-ready, classic metal riffs around almost every corner, as well as surges of galloping thrash, speed metal, and, here and there (most prominently in “A Spell of Sorrow…”), the grim vibrations and blasting beats of black metal. But it’s not like there are any neat divisions; the boundary lines are blurred; everything flows together to produce something that’s both natural and distinctive.

The riffs are all certifiably golden, but they’re still eclipsed by the riveting quality of the lead guitar performances and the solos, which squall, soar, shimmer, and shriek. There are some truly incendiary eruptions of face-melting shred to be found in Triumph of Gloom, as well as spiraling streamers of incandescence. These performances take center stage frequently, with a magnetic riff of one kind or another being repeated in a loop to anchor the fireworks displays. The song “Sorcerey” is basically one long solo; it’s well worth the spotlight. 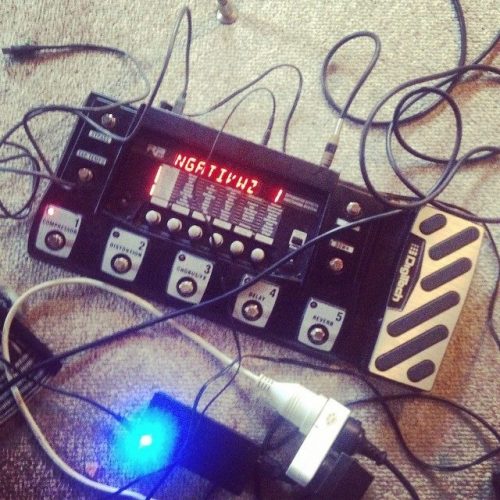 I mentioned earlier that negative energies do manifest themselves in the songs, and I’ll identify two ways in which (arguably) that happens. The first is in the dense and somewhat distorted, corroded quality of the sound. I don’t mean to suggest that this is anything close to lo-fi, but there is a harsh edge on the music, like it’s been abraded with high-grit sandpaper until it’s rough to the touch. I guess you could interpret that as a reminder that nothing in life is truly clean or clear, and that everything (including us) is inexorably degrading.

The second and even more obvious manifestation of negative energy is in the vocals, which are terrifyingly intense — a torrent of harsh, furious, caustic, wild, skin-flaying shrieks and howls, spitting the words at a high rate of speed. The vocals are more in the background than front-and-center in the mix, and they appear relatively infrequently (this is a guitar extravaganza after all), but they still leave acid burns on your skin when they surface.

I guess some people would have preferred this album to have a more polished sheen or a soaring clean voice behind the mic. Those people probably won’t like this, or understand it. I don’t claim that I necessarily understand it either — but I wouldn’t have it any other way than what it is. The rough, raw, tortured aspects of the music are pluses in my book.

Triumph of Gloom closes with music that actually is gloomy, in a more overt and substantial way than what comes before it. In its essentials, “Hemorrhage Wonders” is one repeating riff joined by one short repeating lead guitar melody, with a spoken-word sample that runs along behind the instrumentation. It’s simple on the surface — but it pulls you in, and under.

An atmosphere of heartache and pain surrounds this final track, the kind of aura that does actually mesh with the album’s title. It brings the listener down to earth after the hailstorm intensity that precedes it — time to catch your breath, time to let your pulse rate come down some, maybe even time to become entranced. But though it doesn’t pack the megawatt charge of the other tracks and has a different emotional resonance, this one is just as addictive as all the rest. It’s a good ending to a great album that’s become one of my favorite discoveries of the year (as if you couldn’t tell).

I didn’t want to interrupt the flow of my enthusiasm to explain who Rebel Wizard is, for those who may not know. It’s the work of one Australian man who uses the name Nekrasov, which is also the name of his main solo effort, a prolific black metal project that dates back to the ’90s which also happened to release a new EP at the end of July (As You Trace It All Back), a matter of weeks before Triumph of Gloom appeared. I hope to find time for some words about that one, too.

This isn’t Rebel Wizard’s first release — five EPs appeared in 2015, some of which I managed to write about here. Those were very, very good, but with Triumph of Gloom, Rebel Wizard has reached new heights — and the air up there is rarefied indeed. This release is remarkable. We should wish for more. So if you like it as much as I do, spread the word.

Favorite song (a very close call): “A spell of sorrow to relieve the curse of triumph”.