For this Sunday’s backward look into metal’s past, the subject is the Norwegian band Thorns, whose line-up over time has included many of black metal’s true luminaries and whose story has been intertwined with some of the most notorious chapter’s in the genre’s history. The band produced only one album (though hopes have never died for a second one), but it is extraordinary.

The band’s roots can be traced to a two-man outfit called Stigma Diabolicum which came to life in 1989, the two men being Snorre W. Ruch (guitar, bass, and piano/synth) and Marius Vold (vocals, programmed drums). They were eventually joined by a live drummer (none other than Bård Eithun, who adopted the name Faust when he became a member of Emperor) as well as bassist Harald Eilertsen. They anointed themselves with the name Thorns around 1990.

The following two years they released demos entitled Grymyrk and Trøndertun (which are widely regarded as significantly influencing the development of the Norwegian black metal sound), and then in 1993 Ruch was convicted as an accomplice to the murder of Euronymous by Varg Vikernes, while Bård Eithun was also convicted of church arsons and for stabbing a stranger to death — and those events brought Thorns to a halt until Snorre Ruch was released from prison. 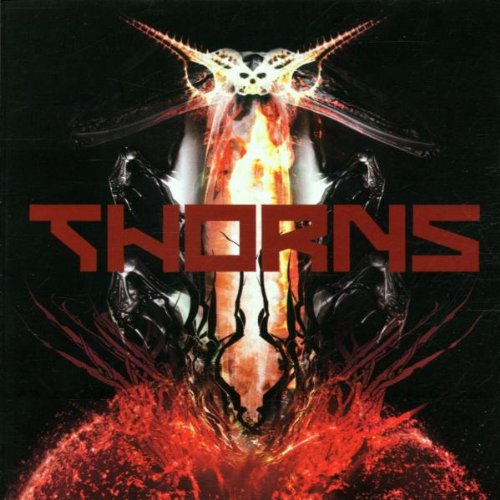 In 1998, Ruch began on Thorns‘ debut album — with a recording line-up that eventually included Mayhem’s Hellhammer on drums and vocals by Aldrahn of Dødheimsgard and Satyr of Satyricon, who also helped produce it. In 1999, Thorns released a split with Emperor, in which each band covered some of the other band’s older songs. The album was completed in 2001 and was released on Satyr’s label Moonfog Productions.

That self-titled album is the piece of Thorns’ music I’ve installed below. It’s also the last Thorns album, although poking around the web furnishes reports that Ruch has been working on a new album for years, with collaborators who include Aldrahn (vocals), Jon Wesseltoft (bass), guitarist Christian Broholt, and drummer Kenneth Kapstad.

DECIBEL magazine named the self-titled Thorns full-length one of the top 100 albums of our current millennium’s first decade. It was reissued by Peaceville in 2011, which led to a fresh round of praise by reviewers. If you look at the Metal-Archives page for the album, you’ll find 9 articulate reviews — and 8 of those rank it from 92% to 99% (the ninth one giving it 88%). Reviewers have praised it as “revolutionary”, “a timeless winner”, “a masterclass in riff-writing and atmosphere”, a representation of “futuristic industrial hell”, “a complete synthesis of electronica and black metal”, with riffs that “are wild, strange, and fiercely freezing”.

Thorns is yet another example of a subject for this series that I’ve discovered very late, in the seemingly endless quest to discover what I missed while listening to much less interesting and less challenging music when it was first released. I guess the album must have its detractors, because what metal album doesn’t? But I’m in the camp of people who have been left wide-eyed in wonder at what Snorre and his allies have wrought.

And with that, I’ll let you explore (or re-discover) this strange and compelling album.

5 Responses to “THE REARVIEW MIRROR (THORNS)”