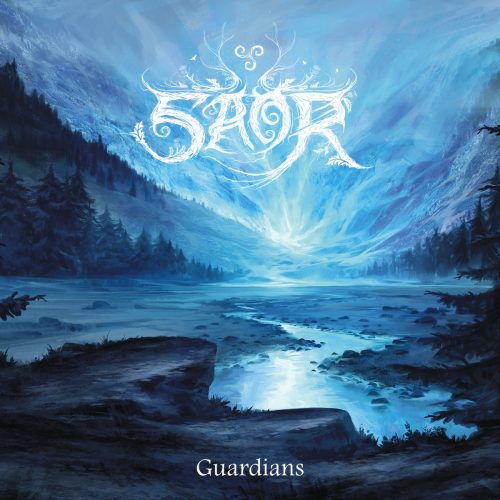 As usual, I’ve accumulated a long list of new songs and videos that emerged over the last 48 hours, hoping to throw many of them your way in this Thursday round-up. Alas, I’ve been scrambling to leave on a trip this morning for my day job that will take me away until Sunday night. I figured that I had time (barely) to spew praise on maybe two songs, and I picked these two, because they’ve spiked my brain like none of the others.

Andy Marshall ought to be declared a Scottish national treasure. Under the name Saor, he has crafted two wonderful albums in 2013’s Roots and 2014’s Aura. And on November 11, a third one will be released, with the title of Guardians. 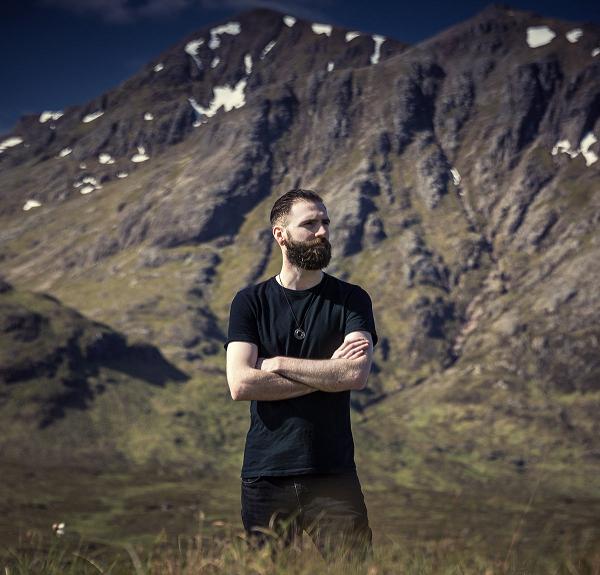 On the new album, Marshall is accompanied by these guest musicians:

The album is also graced by a beautiful cover painted by Sebastian Wagner.

Yesterday, we got our first taste of the music on Guardians through the debut of a track called “The Declaration”. It wastes no time in getting the listener’s blood racing, while also quickly beginning to unfurl a stirring melody in the midst of the blasting drums and rushing riffs. It’s a long song, with changes of pace, rhythm, and mood, but it never loses its iron grip.

The melody soars like the peal of a war horn across a valley bounded by majestic crags, slowly expands like the panoramic vista of a gleaming sun rising through a mist that shrouds rolling hills, and slowly ripples and flows like a sun-dappled stream. Tension builds and ebbs, as the music gallops in headlong charges and settles into somber moments of wistful contemplation.

Harsh vocals appear here and there in this largely instrumental piece, but they, too, are as vibrant and passionate in their own barbaric way as the music itself.

In a word, “The Declaration” is magnificent. Listen: 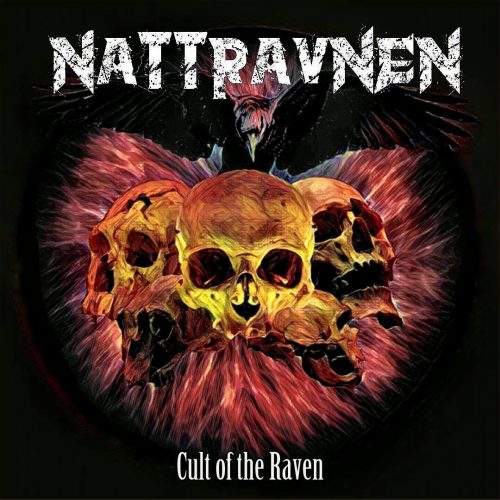 Nattravnen is the name of a new project, but the two participants in this endeavor will be well-known to readers of our site: Jonny Pettersson (Wombbath, Ashcloud, Vholdghast, Just Before Dawn, etc.) writes the music and performs all the instruments, while Kam Lee (ex-Massacre, ex-Bone Gnawer, ex-Death, The Grotesquery, etc.) provides the vocals.

In recent days Nattravnen released a demo track from a forthcoming album for listening on YouTube, as a preview of what lies ahead. Its name is “The Night Raven“.

This is a fierce and electrifying song, a melding of black and death metal that features thundering drums, ferocious vibrating riffs, and Kam Lee’s monstrous growls, hair-raising howls, and harrowing yells.

The music is dark as night yet also as intense as a blazing wildfire, with a penetrating melody that both sears and also flows with an almost cinematic sweep. The song also includes massive, skull-cleaving hammer-grooves, and the innate power of the song is amplified by its production, which renders its impact even more overwhelming.

Well, I guess you can tell I dig the song a lot. Hope you do, too.

(We’re told that all songs are already written and recorded except for vocals, and that final mixing and mastering is projected to happen by January.)

3 Responses to “SEEN AND HEARD: SAOR AND NATTRAVNEN”