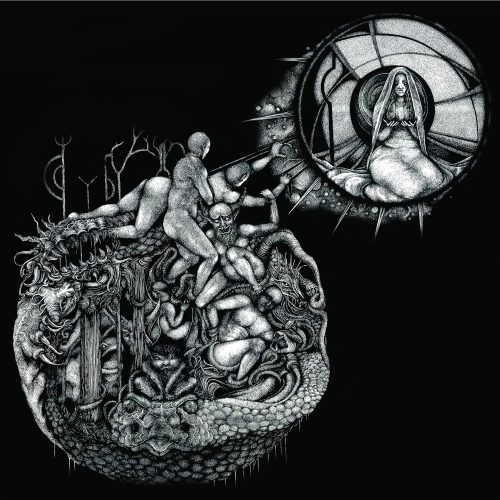 On September 16, 2016, Heavy Earth Records will release the new split record by the Irish band Mares of Diomedes and the Danish group Dreich. Mares of Diomedes contribute two tracks to the split, while Dreich make their recording debut with three songs — and today we bring you the chance to listen to all five.

While “doom” may be the simplest label to use in describing the split, it doesn’t tell you nearly enough about what you will hear, or about the differences in the ways these two bands bring the weight down on your fragile heads. So, by way of introduction, we provide a few more thoughts about the music…. 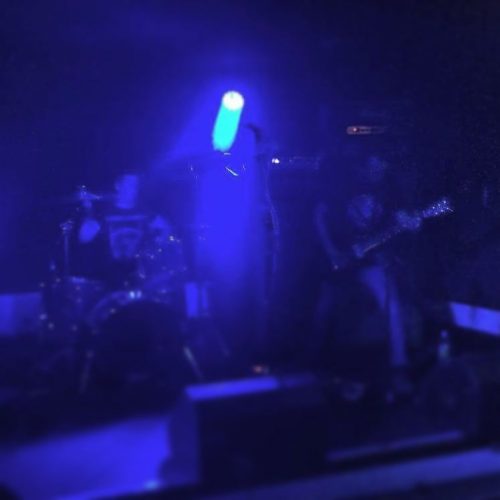 The members of Mares of Diomedes (apparently named for the four man-eating horses of Greek mythology, whose capture was one of Hercules’ twelve labors) are two Irish brothers, Shea and Jordan Campbell. They made their debut with a self-titled EP last year, also released by Heavy Earth.

As you’ll discover right away, as soon as you start the stream of “Earth Destroyer”, these two men bring a titanically crushing sound, with massive radioactive riffs and gut-busting drum strikes. “Earth Destroyer” is accurately named; as you listen, it’s not hard to imagine the planet being split into fragments, while the voices of a decimated humanity shriek their anguish. But Mares don’t stay in the ultra-slow lane for the whole track, and when they ramp up the pace, the song becomes a sludgy, slaughtering, head-hammering bulldozer… and then a frenzied rampage.

The follow-on track “Titan” is also well-named. With a bit of strumming at the start to begin lubricating your blood stream, the song begins to rumble and race… only to segue into a soft, slow bridge, which leads to a monolithic crawl, which leads to pandemonium. The dynamic song includes some immediate headbang triggers as well as wretched vocal cries that contrast with the low, fuzz-bombed demolition work of the riffs — the kind of destruction that will put a smile on your face. 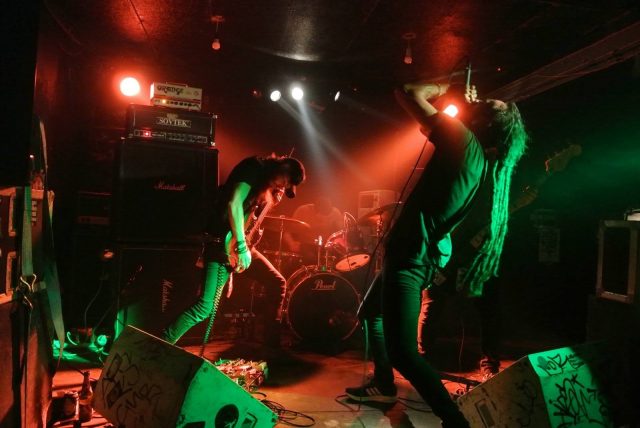 Dreich are a quartet originally from different lands but who now make their home in Copenhagen. As noted earlier, their three songs on the split are their first publicly released recordings.

Dreich are a match for Mares in the crushing department, deploying an array of grim, heavy-as-hell riffs that will vibrate the teeth in your fracturing skull — and they are also adept at opening the throttle to unleash a rumbling battle tank of destruction. But you’ll quickly find that Dreich’s style diverges from that of Mares, with vocals that tag-team from monstrous growls to panther-like howls, rancid blackened shrieks, and other altered sounds that I’ll let you discover for yourselves; lead-guitar trips that range from viscous and narcotic to seething and pestilential; and eruptions of bounding, acrobatic drumwork that regularly seize attention.

These three tracks display a lot of variety and they are also catchy beasts that will get your head and body moving, just as they set about the brutally determined work of excavating big cavernous pits and dragging you into them by your hair.

And now, enjoy the stream of the split below. To pre-order it on cassette, vinyl, or digital formats, go here:

One Response to “AN NCS PREMIERE: A SPLIT BY MARES OF DIOMEDES AND DREICH”